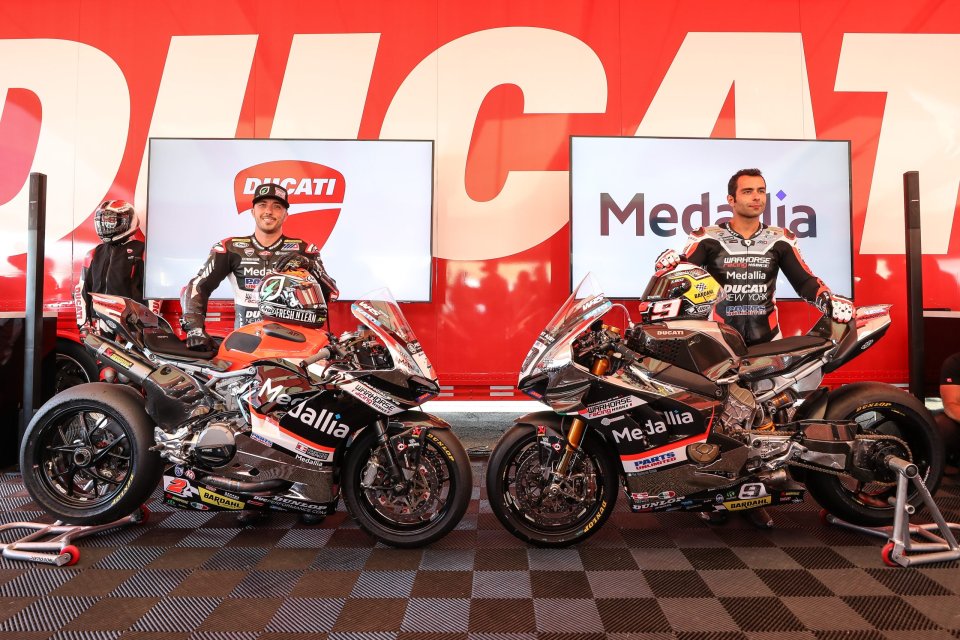 One week prior to the MotoAmerica Superbikes at Pittsburgh event, scheduled for August 19 through 21 at Pittsburgh International Race Complex, Warhorse HSBK Racing Ducati NYC teammates Danilo Petrucci and Josh Herrin, along with a host of other MotoAmerica riders, will compete in the N2/WERA National Endurance Series by Dunlop, which takes place this weekend at Pitt Race.

Petrucci and Herrin will compete as teammates aboard a Ducati Panigale V2 in the 4-Hour Endurance race for Lightweight, Middleweight, and Heavyweight machines. They will race against current N2/WERA National Endurance Series championship leader Josh Hayes, who has been a regular in the Series this season with Kevin Olmedo as his teammate. For this weekend’s event, MotoAmerica Supersport rider Rocco Landers will serve as a fill-in rider for Olmedo.

When asked about racing in this weekend’s N2/WERA National Endurance Series by Dunlop at Pitt Race, Petrucci said, “I’m happy to go there to see the track even if with a production V2.”

For those of you familiar with the MotoAmerica Regulations, you may be wondering specifically about Section 1.18.2 and how it impacts the above MotoAmerica riders, including Medallia Superbike rider Danilo Petrucci, since those riders will be competing at Pitt Race just one week prior to their participation in a MotoAmerica event at the same track. Here is the exact wording of the rule:

Obviously, the last sentence of the rule makes it clear that MotoAmerica riders, including Petrucci, can compete in both this weekend’s N2/WERA National Endurance Series by Dunlop at Pitt Race and next weekend’s MotoAmerica Superbikes at Pittsburgh event, also at Pitt Race, without any sanctions or penalties levied against them by the AMA or MotoAmerica.

For information on how to watch the MotoAmerica series, click HERE.

Petrucci: “I brought lots of emotion to the US, I’ll be happy even if I don’t...