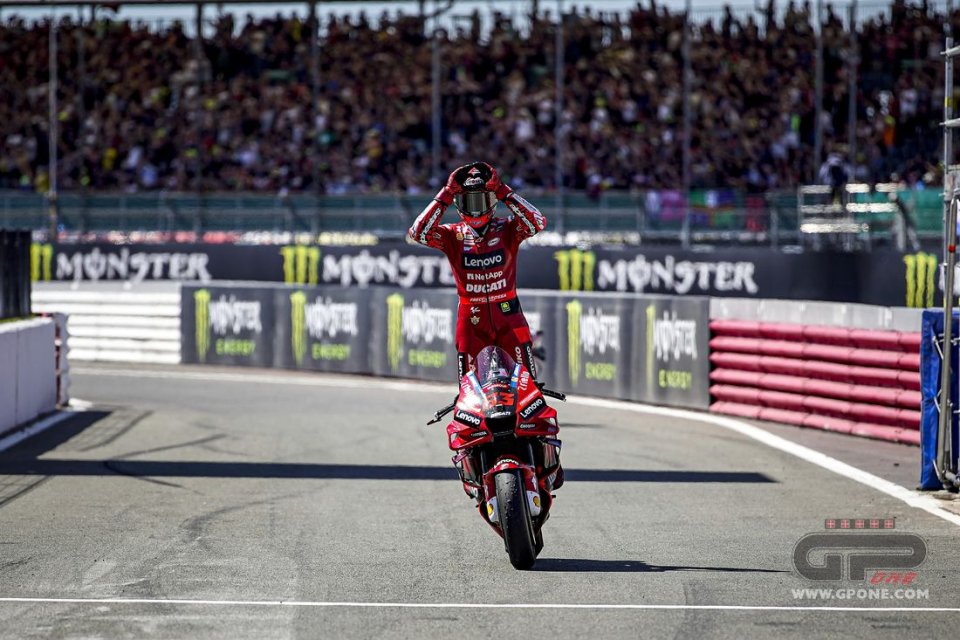 Silverstone with dry grass, the sun and a victorious Ducati. The world goes the other way around and Pecco Bagnaia, if he can't influence the weather, makes a big effort for the race. He is no longer just a fast rider, now he is mature, baked in the English sun to the right point. On a Sunday when Quartararo screws up the tyre and Espargarò struggles against his physical condition, the only cloud in the sky is a red one.

On the podium there is (still) room for Vinales and Miller, while Bastianini worries about the future by getting Martin to fall into line in the present.

Could it have been any better? Yes with Foggia who wins and finds himself back in the running for the World Championship.

THE GOOD - Perhaps his biggest victory is having Valentino and Stoner collaborate (at a distance). Pecco Bagnaia managed to get even the old rivals and all the fans to agree. We know he is fast, but winning when you aren't the fastest was missing from his to-do list. Now that he has checked it off the list he can move on to the next, more difficult item.

THE BAD - The new Moto3 game for the summer is to knock down whoever is fighting for the World Championship: the two winners were Sasaki, with a surgical move on Sergio Garcia and Ivan Ortolà who took care of Izan Guevara. The Stewards preferred the Japanese rider and in fact gave him two Long Lap Penalties for the Austrian GP, ​​while the Spaniard has a clean criminal record. The reason why is not known.

THE UGLY - The emergency landing after taking off from his Aprilia eliminated Aleix Espargarò from the hunt. A shame because the Spaniard would have been a certain protagonist, the good news is that he demonstrated that he knows how to fight even when things go (and do) badly.

THE DISAPPOINTMENT - We will still have to wait before seeing Zarco perform another backflip. This time it was his hopes that went backwards for Johann on Sunday at Silverstone. The Frenchman always seems to be close to finishing his solo performance, but he comes up short. 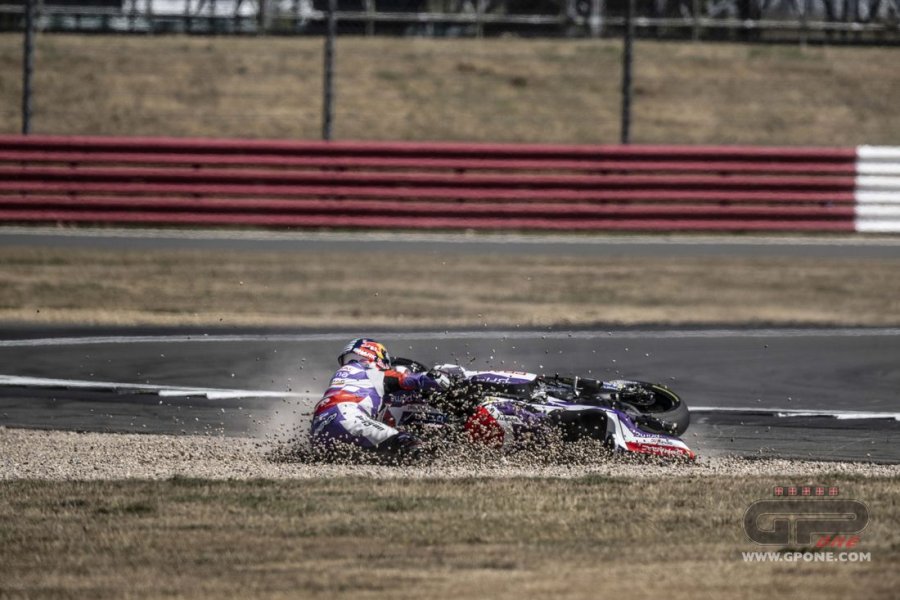 THE CONFIRMATION - He smiles, has fun and goes fast. The Aprilia treatment is bearing fruit with Maverick Vinales, who is one step away from a full recovery. Third at Assen, second at Silverstone, the difficulty will be respecting that progression at the Red Bull Ring. 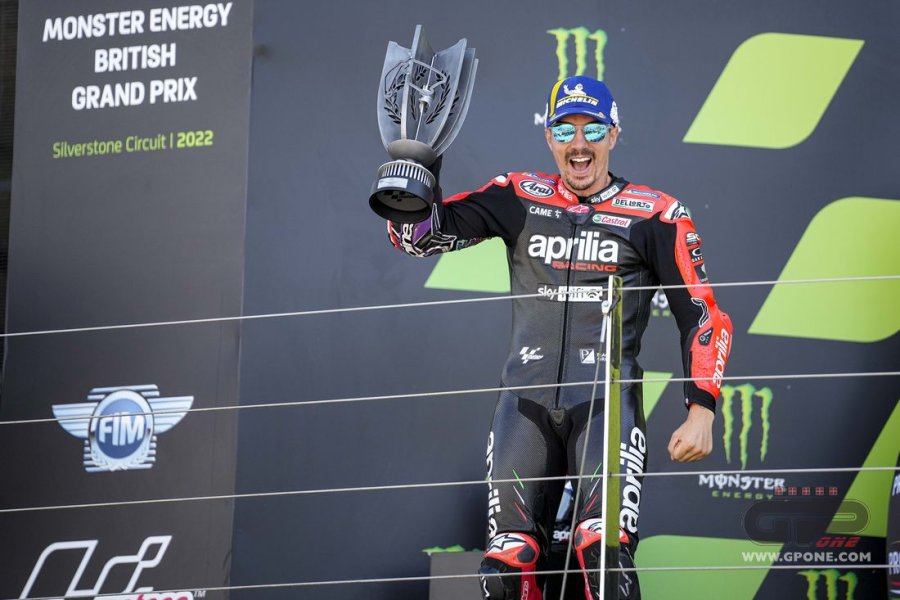 THE MISTAKE - Sunday was already complicated, the wrong tyre only made it worse. Impeccable all the way to Holland, the crash at Assen and the mistake at the Red Bull Ring have brought Fabio Quartararo back to the ground from Mount Olympus. The leaderboard safety-net has worked so far, but it’s better not to use it just yet.

THE SURPRISE - Nobody ruined the race of Dennis Foggia, who decided to celebrate with a victory. A normal Sunday is something incredible for the Leopard rider.

THE PASS - Bastianini's on Martin earned him an extra position, perhaps even a better future. Enea wants it in red and is constructing it on the track. With an extra wing it could have been better, but the Beast is enough to make the GP21 fly.

THE CURIOSITY - A victory and a crash, up to Silverstone this was the program offered by Bagnaia. In the summer he must have realized that a change was needed. Success.

I TOLD YOU SO - "In the race I will fight for the top positions", was the promise of Alex Rins, which he half maintained.

The official announcement came today. The rider from Ascoli: "I have no expectations other than to return to a serene and clear climate inside the...
16 hours 32 min ago

This is the first MotoGP pole for Honda since Pol Espargaro at the British GP last year (21 races), ending the longest sequence of successive premier...
21 hours 26 min ago

Buddh International Circuit, right outside New Delhi, which would be the target venue to host the possible MotoGP event. Lucknow is the capital of...
3 days 19 hours ago