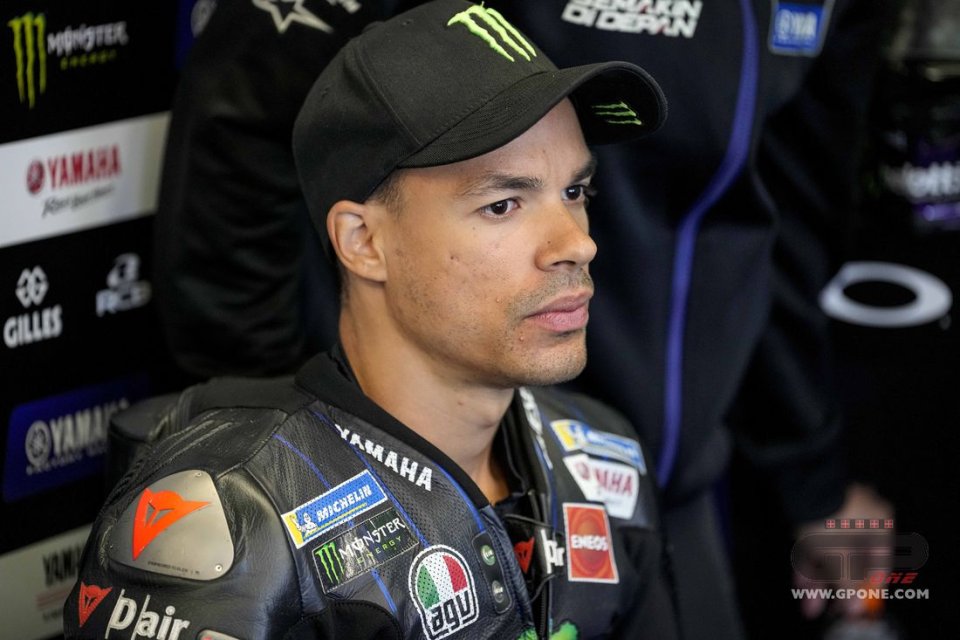 While for the fight for the title Aleix Espargarò can count on Maverick Vinales as an ally and Pecco Bagnaia has the Ducati squadron on his side, Fabio Quartararo is all on his own. For Morbidelli, at this moment, it is impossible to play as a team because his performances are not at the level of those of the best riders.

Franco is trying hard to get back to the positions he had accustomed us to: “I'm focusing on myself, on riding and how to get every single thousandth out of the bike” he explained at the end of the Silverstone race.

These GPs for him are "a kind of test" in which he is trying to improve, without worrying too much about the final position. “But I'm not already looking to 2023, if anything, to myself in order to progress”, he underlined.

Thus, in the race for the world title, he is a spectator.

“It's a good fight, tough and interesting. The fans will have so much fun watching it," he described it.

Morbidelli knows both Bagnaia, like him Valentino's pupil in the VR46 Academy, and Quartararo, his teammate well.

"If I look at it as an enthusiast, it's a great fight between very strong riders with two who seem to have a great bike and the other capable of pushing his bike to the limit in an incredible way," he explained. Of course the first two are Bagnaia with Ducati and Aleix with Aprilia, while the third is Quartararo with a Yamaha that suffers from a lack of horsepower.

Three different riders on three different bikes and this is precisely the point that could tip the scales to one side rather than the other. Because the Yamaha, at least when Quartararo is riding it, is fast, but the Ducati and the Aprilia seem to be faster.

“Honestly, I see Fabio in the position of underdog only because of the characteristics of the bikes - said Franco - When your bike goes slower on the straight, you are slower, but this shows that he can do great things while riding”.