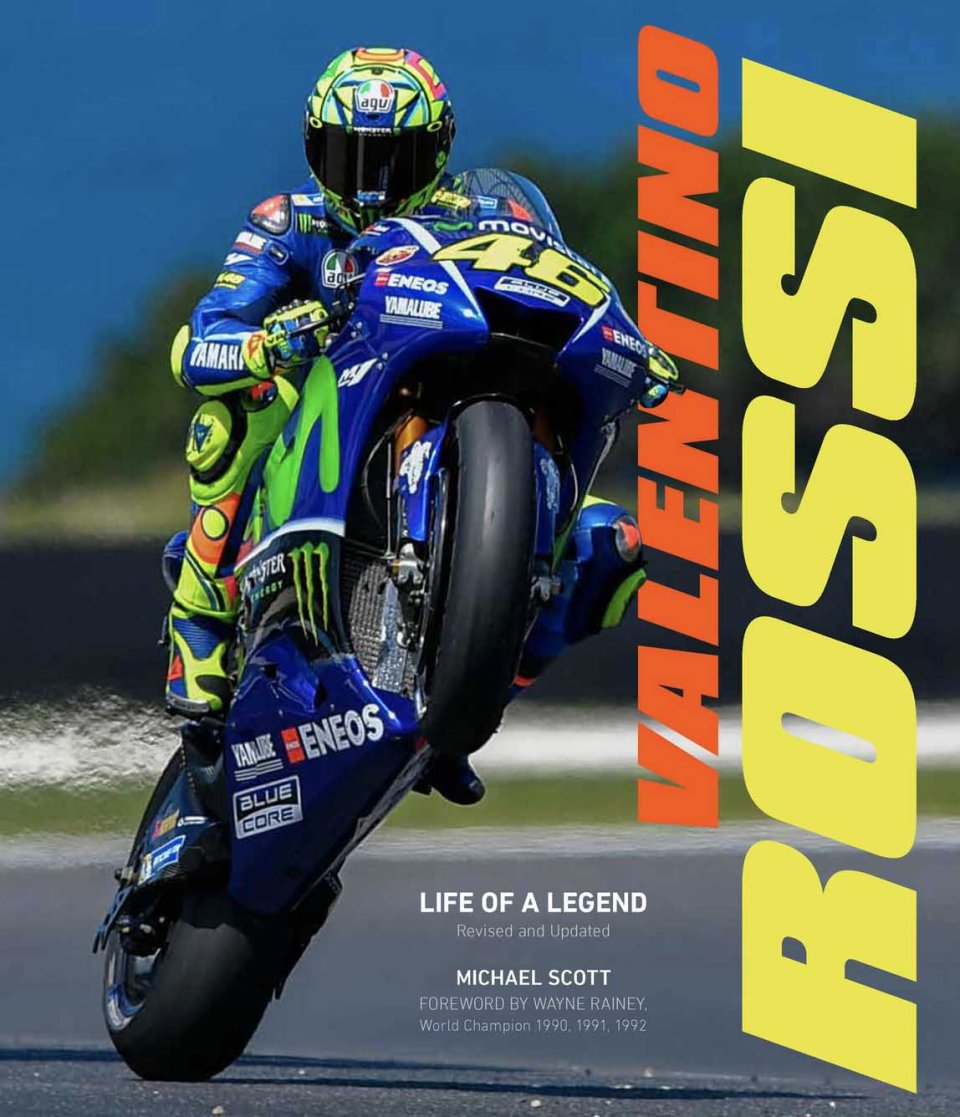 Long-time motojournalist and author Michael Scott was at the circuit for nearly all of Rossi's 432 grand prix races and every one of his 115 grand prix wins and now revised his brilliant book after Rossi's retirement.

From the day he was born into a racing family on February 16, 1979, Valentino Rossi seemed destined for racing greatness. Racing karts and minimotos as a child, he progressed to international motorcycle competition in 1996, riding for Aprilia in the 125cc class; Rossi won his first World Championship the following year.  Advancing to MotoGP’s premier class in 2000, Rossi would go on to win nine Grand Prix World Championships and score 89 victories in 371 starts.

In this richly illustrated review of the most successful MotoGP career of the twenty-first century, relive Rossi’s incredible battles against the likes of Max Biaggi, Sete Gibernau, Dani Pedrosa, and more and how they inspired three films (Faster, Fastest, and Hitting the Apex).

Rossi’s incredible charm, wit, and irreverence earned him a huge fan base and his indomitable will to win cemented his racing legend. Valentino Rossi: Life of a Legend recounts it all.