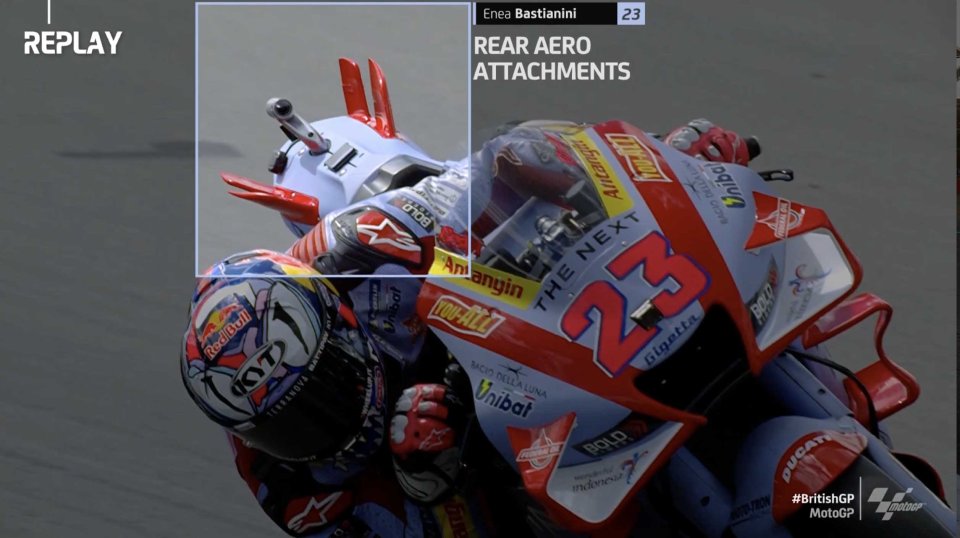 Aerodynamics, we always say, is a Pandora's box*: once it is uncovered and the demons come out, it is impossible to close it and stop the 'madness' that ensues.

We are joking, of course, but looking at fins and fins adorning modern Formula 1 single-seaters, not even so much given what is happening in motorcycling as well.

At Silverstone, in fact, four fins appeared on the tail of Enea Bastianini's Ducati whose job could be to 'clean' the air swirling behind the rider's back. An advantage because in this case it would reduce drag.

* *Before this moment mankind had lived free from evil, toil or worry of any kind and men were, as well as the gods, immortal. After the opening of the jar, the world became a desolate and inhospitable place, similar to a desert, until Pandora opened it again to let out even the hope that had remained, ulti,a, locked at the bottom of the jar, and the world resumed life