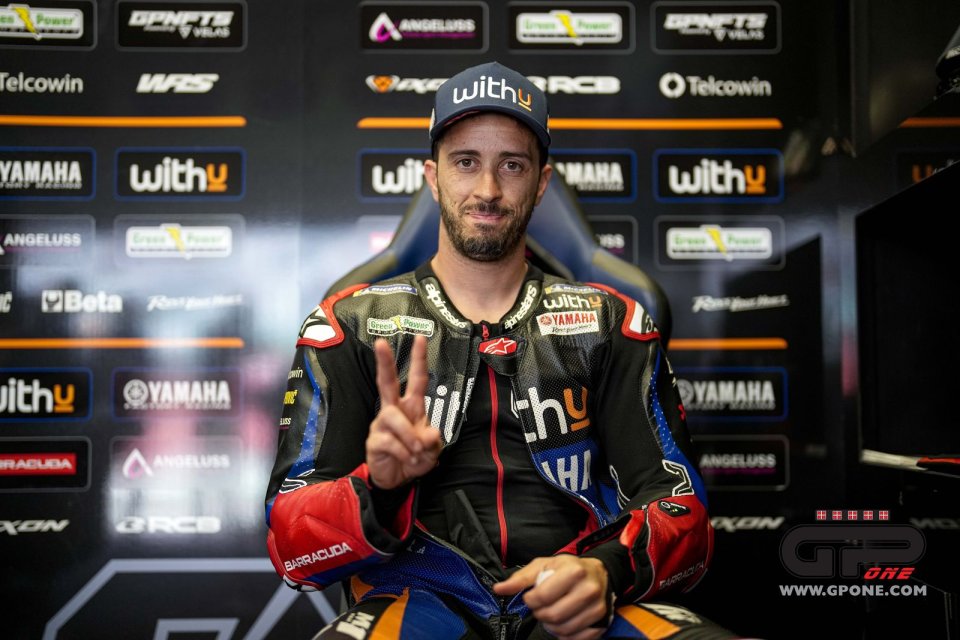 Deciding to retire is always difficult for a sportsman and perhaps even more for a motorcycle racer who feels the weight of age on performance less than other athletes.

Those who run the 100 meters do not stay at the top of the rankings for long and do not have many other choices to continue competing. On the other hand, a 10,000 metre champion can arrive at the Marathon with a good chance of doing well.

Few riders in motorcycle racing, however, decide to take a step down to lower categories, which is actually quite common in motor racing. But this probably has to do with the difficulty of obtaining suitable retainers for high-level professionals.

Retiring is an important step, because it is equivalent to a lifestyle change and it is not necessarily definitive. History is full of illustrious returns. Just look at Lauda, ​​Prost and Schumacher, but also Mike Hailwood, who after abandoning motorcycles for cars, was tempted by a (winning) return to the Tourist Trophy in 1978.

Ago: "I cried for three days; my great love was over"

Even Giacomo Agostini, when it was time to retire, did not make the decision with a light heart: “I cried all night and for three days - he still remembers today - I had decided to leave something I loved and that I knew I would never find again. Equally, however, I could not do otherwise: I was competing to win and I was realizing that it was increasingly difficult and I was not interested in making up the numbers ”.

We have met very few riders after Giacomo capable of making such a severe decision. Maybe even with interesting offers on the table.

Eddie Lawson retired in 1992 after having had the satisfaction of taking the Cagiva, in Hungary, to the top step of the podium and still with the crown of that time around his neck, and he said - with his typical (and little understood) irony: "What am I still doing here?". Then he said the legendary phrase at Kyalami: "I’ve won enough, I’ve lost enough, I’ve hurt myself enough: I’ve had enough".

He could, perhaps, have grabbed a few more seasons out of his profession, but what was the point?

Luca Cadalora made an opposite choice: in 1998, amidst financial and technical problems, he raced for three different teams, Yamaha, Suzuki and MuZ. Then he dragged things out for another year with this last bike before his last goodbye on the Modenas of his former team manager Kenny Roberts.

A bit like his mentor Walter Villa who, after four world titles, continued racing for another seven years. But Walter liked to develop, a bit like Luca.

Retirements out of 'choice' and those out of necessity: Gardner, Doohan and Schwantz

On the other hand, Casey Stoner took the decision to retire despite having a blank cheque from Honda: the Australian simply no longer enjoyed the MotoGP environment, which is why his press conference at Le Mans in 2012 took the entire paddock by surprise.

On the other hand, it is difficult to categorize Gardner, Doohan and Schwantz as retirements ‘out of choice’: the first in 1992 was virtually left without a ride by Honda and with the title won in 1987, he had probably had enough. The great Texan, in 1995, said no more while crying at Mugello with a wrist now welded together by fractures, while Gardner's fellow Aussie, Mick Doohan, brought an end to his formidable career after the Jerez accident in 1999.

Just like Wayne, Valentino Rossi was pensioned off rather than retired. But if the wizard of Wollongong also cried during the announcement while Honda and Rothmans praised him for his loyalty, Vale, on the other hand, smiled thinking not only of the successes, but also of the empire he had created. And that still survives him with a company that not only grinds out a massive turnover, but which works for - and in - motorcycle racing thanks to the Academy and the team.

At this point how can we categorize retirement of Andrea Dovizioso, who will stop for good after the Misano GP? Even for him we can speak of a double retirement, because after the first stop following the non-renewal of his contract with Ducati he tried the Aprilia card, without making up his mind, and then made the (risky) choice of going to the Yamaha WithU team.

Perhaps his previous experience with the Iwata manufacturer, in which he remembered having an 'easy' M1, betrayed him. Or perhaps, it was simply a matter of advancing age.