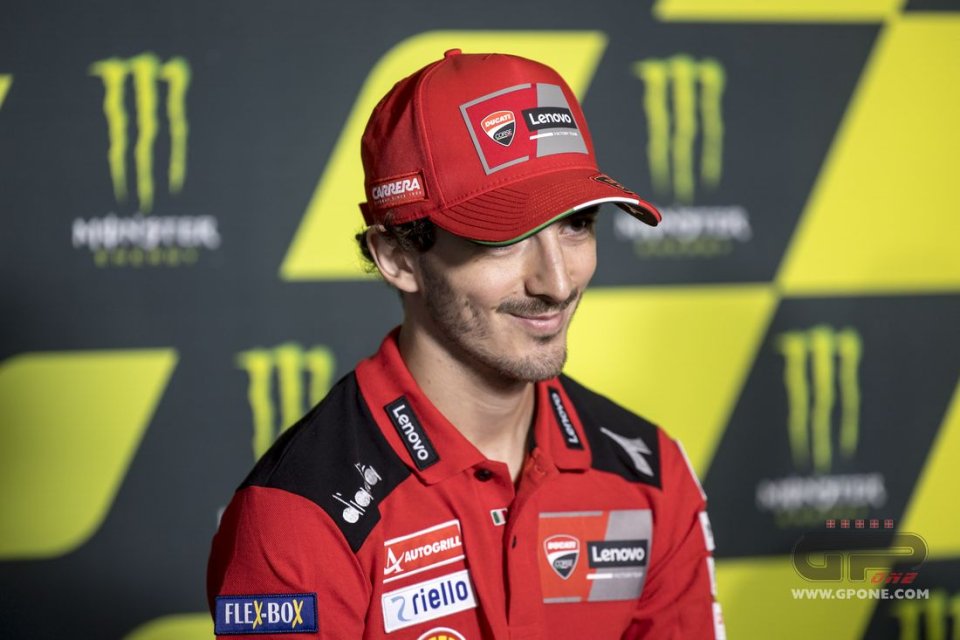 In this moment Pecco Bagnaia knows he must take advantage of every opportunity. With 9 races still to run and 66 points to be made up on Quartararo, not only are no mistakes allowed but he must quickly reduce the gap that separates him from the Frenchman. An unexpected gift came from the penalty that Fabio will have to serve at Silverstone, a Long Lap that will make him lose time in the first laps of the race.

"I don’t agree with that penalty - Pecco explained - It is difficult for us riders to understand how penalties are assigned. For similar incidents, I in Qatar and Miller at Portimao were not punished, nor was anything done to Nakagami in Barcelona, ​​but Fabio was”.

“It is certainly an advantage for me that could help me recover points, that's clear. Fabio will lose time and I will have to be able to take advantage of this situation”.

Did you learn from the mistakes of the first part of the season?

“If I still want to have any chance of fighting for the title, I will have to finish the races, even those in which I don't have a chance to win. This year I won 3 races, but I also crashed 3 times, consistency is important. I will have to be as competitive as I have been until now, but always reaching the finish line”.

“This is one of all riders' favourite tracks and I was competitive last year. I didn’t start the weekend well, but in FP4 and in qualifying we solved our problems. Then, on Sunday, I had problems with the rear tyre. I think I can be fast; the new 2022 fairing will help”.

Then Red Bull Ring, Misano, Aragon will be next, all good tracks for you.

"On paper, the second part of the season should be better than the first, but this year we were fast even on tracks where we struggled in the past, we'll see how we can tackle the various circuits. Certainly Silverstone will be a good test to understand our level”.