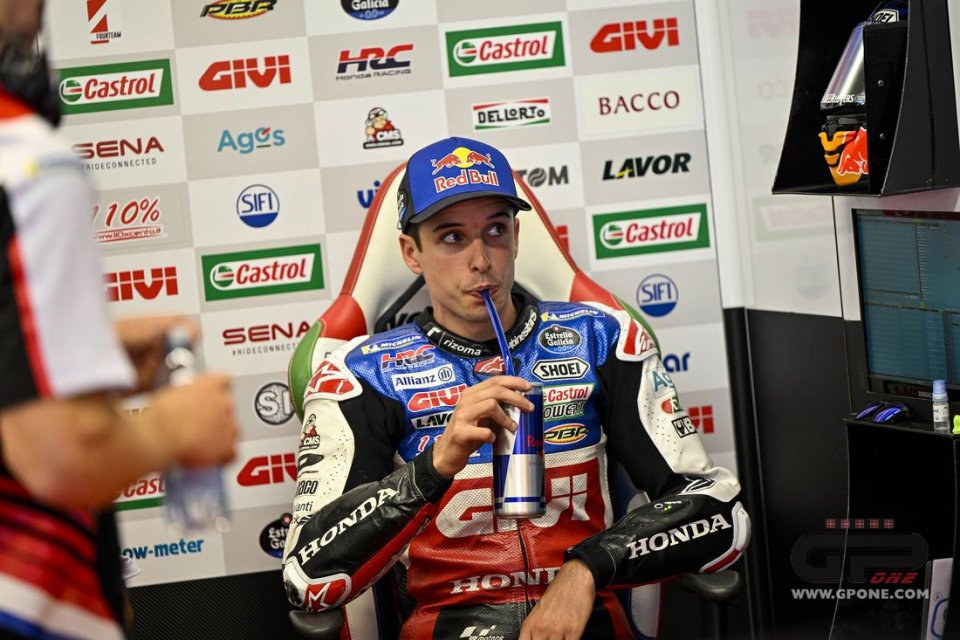 Alex Marquez is ready to start again and race his last races with Honda. His future has been decided and, starting next year, he’ll be riding the Ducati with the Gresini team colors. So, the Spanish rider was able to enjoy the break with a clear mind clear.

"Summer is always great, especially in Spain," he smiled. “" relaxed, and it wasn’t bad. We needed a break, especially from a mental point of view."

He doesn't want to think about his future in red yet.

"I'm here to help. I'll be a Honda rider until December 31st, and I’ll help with development and get good results. I’ll give % and try to be the most professional I can," he said.

Not having to worry about finding a bike again might help.

"I'm more relaxed,” Alex admitted. "In Germany and the Netherlands, I was a bit more nervous than normal. Now the future has been decided, and it’ll be easier for me to focus on my real work, which is on the track."

Starting in 2023, he’ll no longer be his brother Marc's brand companion.

"We’ll put a wall up in the motorhome," he he joked. "We’re brothers and have a very close relationship, but we’re professionals. Now we ride the same bike and we face the same problems, but it won’t be a problem next year. We have a lot to talk about that's not the MotoGP. "

The official announcement came today. The rider from Ascoli: "I have no expectations other than to return to a serene and clear climate inside the...
14 hours 14 min ago

This is the first MotoGP pole for Honda since Pol Espargaro at the British GP last year (21 races), ending the longest sequence of successive premier...
19 hours 8 min ago

“We want to thank the entire paddock and especially the Suzuki team that helped us rebuild the garage. We’re ready to start the Japanese GP.”
1 day 20 min ago

Buddh International Circuit, right outside New Delhi, which would be the target venue to host the possible MotoGP event. Lucknow is the capital of...
3 days 16 hours ago