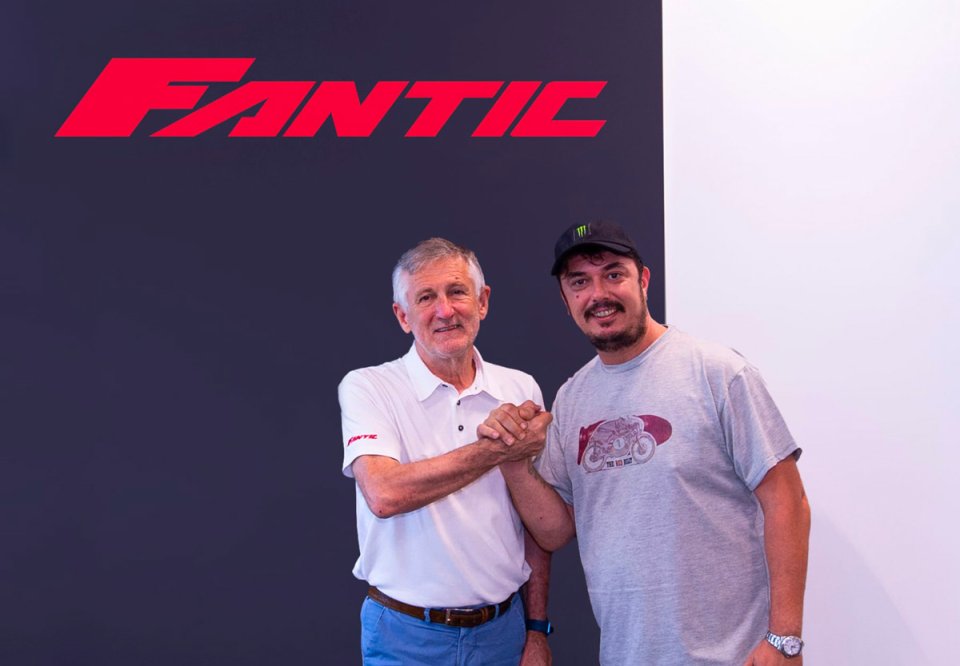 Fantic and VR46 join forces in Moto2: starting from the Silverstone Grand Prix, the Veneto company and Valentino Rossi's team will begin a collaboration that will lead Fantic to participate on a permanent basis in the Moto2 world championship starting in 2023.

Riding the wave of the important sport results achieved in the cross and enduro areas, Fantic – a Veneto company producing bikes and motorcycles – decided to expand its know-how entering in a new area, which is considered one of the highest expressions of motor technology: speed. Like for enduro and cross, for which off-road models have also been produced in parallel, Fantic intends to develop a series of road motorcycles that have racing in their DNA: a goal that is definitely within reach for this Italian company, which is expanding using Italian capital and whose mission is to enthusiastically improve the economy and employment in the area where it is located.

It is with that great enthusiasm that Mariano Roman, CEO of Fantic, and Alessio ‘Uccio’ Salucci, Team Director of Mooney VR46 Racing Team, signed a collaboration agreement to take part in the MotoGP World Championship in the Moto2 class. A new synergy has been created between an important manufacturer and an historic brand in the motorcycle sector to start in the intermediate class of the Championship with a highly technical team, i.e. the famous and awarded team of Valentino Rossi.

The partnership will be already operational from the next race at Silverstone, where the Fantic brand will appear on the motorcycles of Celestino Vietti Ramus and Niccolò Antonelli. For the 2023 season, Claudio Giovanardi, Manager of Fantic Racing Division has chosen Stefano Bedon as Team Manager, while Milena Koerner, who is already Coordinator of the Fantic Off Road Teams, will be in charge of the technical area, which will absorb the current structure of the VR46 Racing Team. The offices of the Racing Division will be at the brand new Fantic facility in Santa Maria di Sala (Venice).

The agreement between the two Italian companies also provides for the cooperation on projects and events beyond the MotoGP World Championship. Fantic will support the VR46 Riders Academy in the search – many ambitious goals have already been successfully achieved so far – as well as in the training and development of young talented riders.

Mariano Roman declared: “We are excited about the agreement signed with the VR46 Racing Team. We are following an important path to build a more and more ‘racing oriented’ Fantic and this is a really fundamental step. Our brands fully share the same values, and we have the same passion and vision about motorsport. Moreover, we both have an important relationship with young talent. This is a special moment; the cooperation with Valentino Rossi’s team will be an incredible support for the achievement of our most important goals”.

Alessio ‘Uccio’ Salucci commented: “I’m very glad that we signed this partnership agreement with Fantic, an historic brand in the motorcycle industry and a sound Italian company, an additional source of pride for our supporters. This is an important moment, also for the future of our entire Moto2 structure. We’ll have different experiences spanning throughout all motorsport areas: on the one hand Fantic, among off-road leaders, and on the other hand the VR46 Racing Team, which over the years has become a reference point among the Moto2 teams. Our cooperation is crucial also for the VR46 Riders Academy, because we’ll have a new technical partner to support us in the search and growth of new two-wheel young talent”.