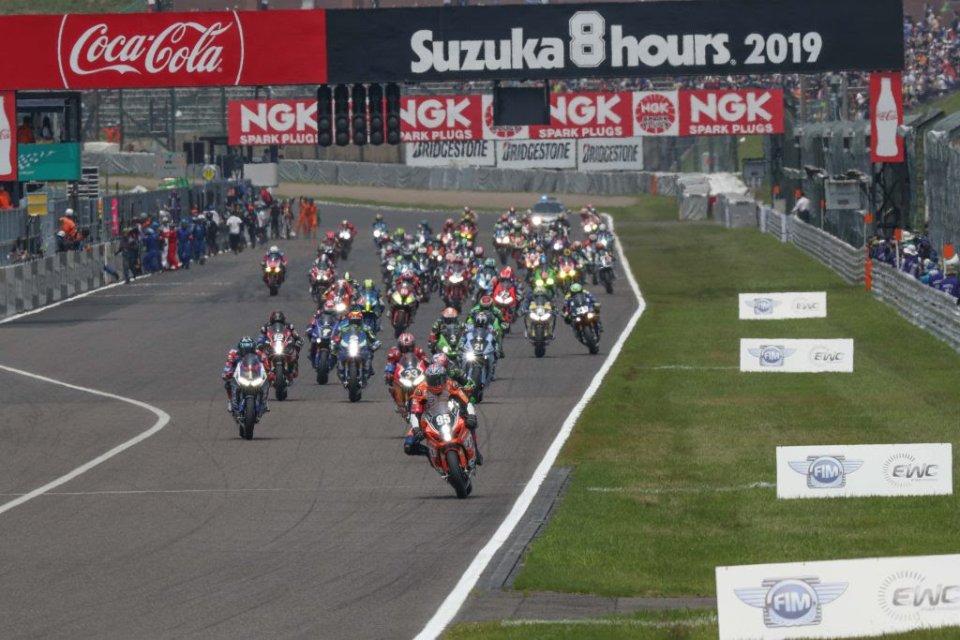 After a two-year absence, one of the most iconic endurance races is back, the Suzuka 8 Hours. Covid had forced the cancellation of this classic race, which will celebrate its 43rd edition this weekend. Included in the EWC, the World Endurance Championship, it will be the third of the 4 rounds of the championship, the only one not lasting 24 Hours.

As always, the Suzuka 8 Hours has a very special importance for the Japanese manufacturers which in the past lined up the best riders of the world championship (Valentino Rossi won it in 2001, before him Wayne Rainey, Eddie Lawson and Mick Doohan lifted the trophy, while the last MotoGP rider to succeed was Pol Espargarò in 2016) while in recent years – due to clashes with the top motorcycle series - they have turned to the SBK aces.

The last edition, that of 2019, was in fact won by Jonathan Rea, Leon Haslam and Toprak Razgatlioğlu who formed a dream team for Kawasaki. Johnny will try again this year, again with Leon Haslam alongside him and Alex Lowes (victorious, with Yamaha, 3 times, like Leon). Suzuki is not playing about either and for the occasion it will field veteran Sylvain Guintoli, Xavier Simeon and the Japanese Kazuki Watanabe. Honda responds with Iker Lecuona, teamed with Tetsuta Nagashima and Takumi Takahashi. Yamaha instead focuses on Niccolò Canepa, Marvin Fritz and Karel Hanika. BMW will try and put a spanner in the Japanese works with Jérémy Guarnoni, Illya Mykhalchyk and Markus Reiterberger. Speaking of old acquaintances of the world championship, we cannot fail to mention Randy de Puniet, who will form an all-French trio with Etienne Masson and Florian Marino.

The action will begin on Tuesday 2 August with the first of two days of testing, while Thursday will be a day off. Friday will be reserved for free practice and qualifying from which the 10 crews will come out and compete in the Top 10 Trial the next day.

“It is always nice to be back in Japan and ride the Ninja ZX-10RR in endurance format – commented Rea – It is very different from the WorldSBK bike, especially in electronics, fuel mapping strategy and tyres. The first day of testing was a bit of a learning process to get back up to speed. Step-by-step I felt better and better. Every run we were able to do I was going faster, so we will keep the link towards the race weekend. I am looking forward to seeing all the fans and really absorb the race atmosphere. It is one of the biggest challenges of the season. I am excited about it, especially after this positive test.”

You can follow the live timing of all sessions HERE.