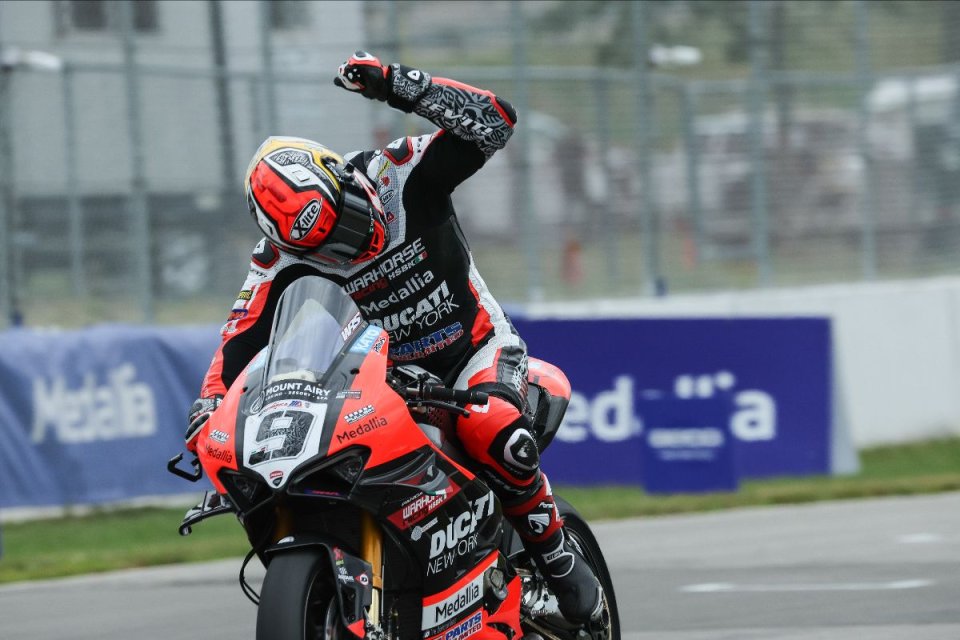 Just when everything was rolling along nicely for Jake Gagne and he looked to be on his way to a ninth MotoAmerica Medallia Superbike win of the year, his Fresh N Lean Progressive Yamaha Racing YZF-R1 was cartwheeling down the racetrack at Brainerd International Raceway, destroying itself more and more with every bounce. Fortunately, Gagne escaped uninjured, but his championship points lead took a hit.

Warhorse HSBK Racing Ducati NYC’s Danilo Petrucci was the rider to pick up the pieces when Gagne crashed, and the Italian reaped the rewards for it. With his fourth win of the season, and his first since Road Atlanta in April, Petrucci moves back to the top of the championship point standings, 253-240, with three rounds and six races remaining.

Petrucci and Gagne’s teammate Cameron Petersen did a better job of putting in quick laps early to keep the pressure on Gagne and, despite a mistake when he was within two seconds, Petrucci was keeping that pressure on when the defending champion crashed. Ironically, Petrucci said after the race that he was about to throw in the towel on trying to keep the pace on the very same lap that Gagne crashed.

With Gagne down and out, Petrucci finished 7.1 seconds ahead of Petersen with the South African earning his 11th podium of the year and his seventh in a row.

PJ Jacobsen matched his best finish of the year with his second podium of the season on the Tytlers Cycle Racing BMW M 1000 RR, the New Yorker finishing third some 10 seconds behind Petersen.

Cycle World/Octane/Chuckwalla Racing’s Andrew Lee put in a solid ride as the replacement for the injured Michael Gilbert to finish eighth.

In addition to Gagne, Max Flinders and Ezra Beaubier also crashed out of the race. Westby Racing’s Mathew Scholtz, meanwhile, opted not to race with the wrist injury he suffered on Saturday morning.

Petrucci’s championship lead is now 13 points of Gagne, 253-240. Petersen is third with 215 points with Scholtz fourth on 183 points. Barbera remains fifth with 133 points. 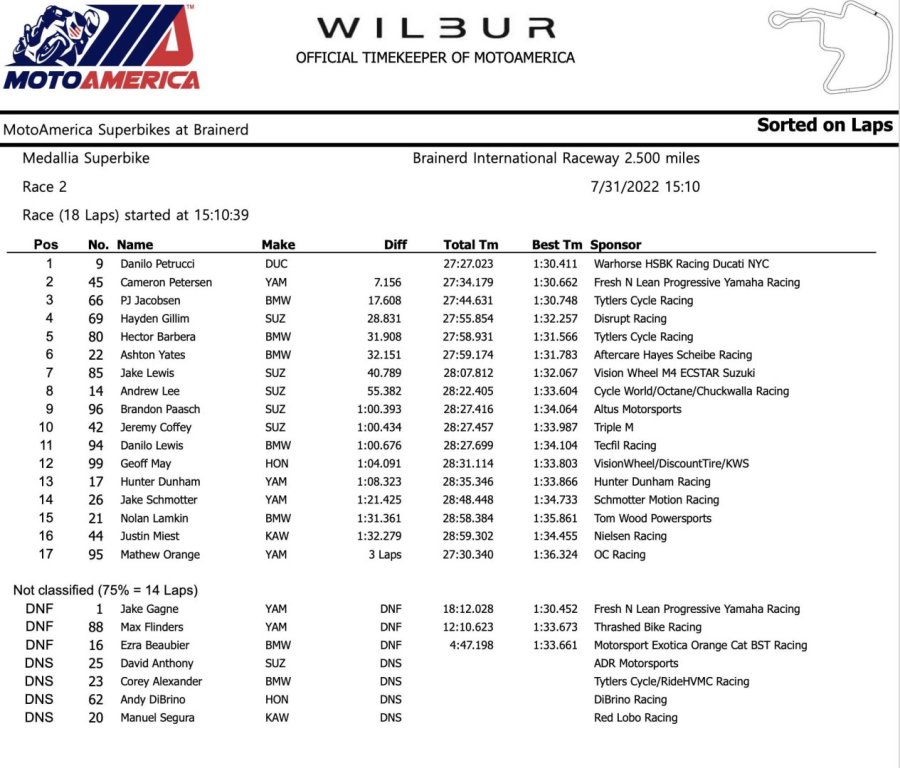 The official announcement came today. The rider from Ascoli: "I have no expectations other than to return to a serene and clear climate inside the...
16 hours 24 min ago

This is the first MotoGP pole for Honda since Pol Espargaro at the British GP last year (21 races), ending the longest sequence of successive premier...
21 hours 18 min ago