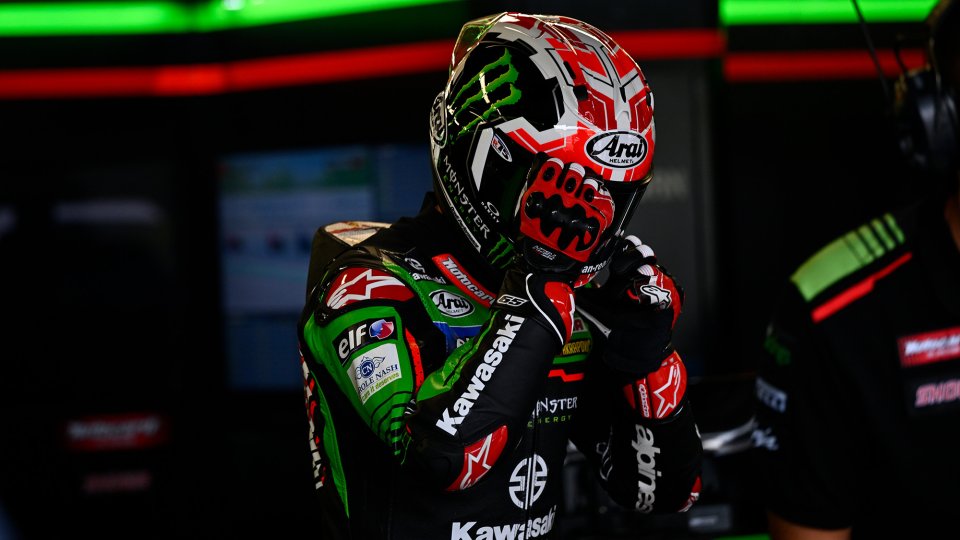 The star for most of the duel with the current world champion, Johnny Rea, came out high and dry from the scuffle for the podium, so much so that he was overtaken in the end by Scott Redding, to the detriment of the Cannibal. Kawasaki isn’t that happy about the conclusion to Saturday, considering that their expectations were much different.

"All in all, the race went quite well," he said. "In fact, I had a good pace. I was fast, though not fast enough in the end. Stopping the bike was a problem, as well as keeping it in place. I struggled a lot and was forced to brake early. The bike would never stop. The position doesn’t reflect our competitiveness, but it’s a good sign when a fourth place leaves you with this bitterness. I hope to be faster tomorrow. Alvaro was really effective today. He had a great pace. I congratulate him. On the straight, he was able to overtake me really fast."

Do you think the battle between you and Toprak was a gift to him?

"He had a better pace, and I had a drop. I took risks, and I felt that the front was struggling a lot. Certainly, Alvaro and Scott gained something from  our duel, but I had a better pace than Toprak did so, when he passed me, I tried to keep in front of him. It was the same story every time at the T1, and I had to start over. Then it started to rain a little."

But the track was treacherous...

"Yes. If you can keep the tires warm, it's one thing, but there were areas where I was worried. I didn't feel right, especially in the last few laps."

What do you think of Toprak overtaking Redding?

Fact is, when he was messing with Scott, Johnny had to give in.

"It was the last lap, and Scott had nothing to lose. I tried. He responded aggressively. I thought that if we were going to go on like that, we both would end up falling, and I couldn't afford to lose points. Sometimes, you also have to give in, and that's what I did. Also because, at turn twenty, I was struggling with the brakes."

In the end, he commented on Locatelli and what happened at the start.

"I think it was a stupid maneuver, but I didn't exactly see what happened. Turn one at Most is stupid. Just look at what happened in the SSP. Sometimes you just need to exchange views."