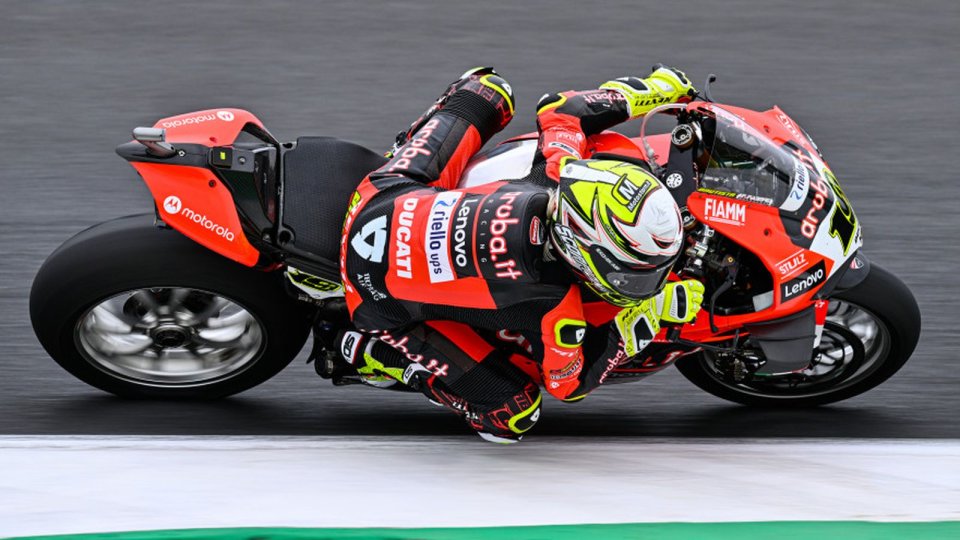 Alvaro made it his own the first race in the Czech Republic. After a shrewd start, in which he let his two main opponents fight each other, Bautista pulled out his claws and took home another victory, giving podium #1000 to the Borgo Panigale manufacturer.

It was another smart race by the Spaniard, who this season is playing the role of an accountant, determined to put an end to the chapter of his career in which his speed was accompanied by too much inconsistency. The Ducati rider thus adds another small piece to his race for the title, demonstrating his desire to change the music. Here's what he said to our microphones.

“I think it was the perfect race. I was able to give my best and make no mistakes. I'm really happy. Before, I couldn't use the soft tyres to do the race, but the team worked hard to do it. In the first few laps I lost something before being able to get the tyres to work and feel good. Jonathan and Toprak, on the other hand, pushed right from the start, they knew I would struggle at the beginning. I didn't lose much, and I managed to stay with them. Then I managed to stay calm, not to stress the tyres. When it started raining I thought: 'Shit now we have to stop and do it all again'. You know, in mixed conditions I was strong, but a flag to flag always carries risks. When I saw the two in front, I don't mean in difficulty, but with less confidence, and that they slowed down, I decided to put myself in my lead and see what my real pace was. I did it, I tried to manage, I was careful, but I saw that I could have a good pace. I pushed again without making any mistakes, which is the key for this season. I was able to gain a couple of tenths per lap. Once I got the margin I managed everything, it was a smart race”.

Don't you think they were too aggressive early in the race and didn't care about you behind them?

“All three of us are not thinking about the championship, it is still very long, there are many races and a lot of points at stake. It would be stupid to think about the championship now. You have to try to win races. Whether it's the first lap or the last corner, they always try. Honestly, for me it's positive, because it allowed me not to waste time when I had a little less than them”.

Was the battle at the beginning or the rain more advantageous for you?

“The battle, because the rain is different for everyone. When I saw them overtake, I thought I wouldn't waste too much time”.

Alvaro, in the event of a flag to flag, was there a plan ready since it doesn't happen often?

“Sure, we talked about it. There wasn’t much to say, in the wet it is never the same. There are many variables: the amount of water that falls, if it falls all over the track. For example, this morning there was half wet track and half not. We had a setup ready and the plan was to use that and see how it would go. Fortunately, there was no need ".

What was it like to pass a rider in turn 13, do you think it's dangerous to do it there?

"Yes, I did it in practice, it's not the safest place, but it depends on who the rider is. If he is much slower it is safe, but if the speed is similar it becomes more complicated. It is not forbidden to overtake in one point, you can try anywhere”.

What did you think when you saw Redding second?

"No, at a certain point I saw someone on the dashboard behind with the gap from who was behind but I didn't realize it was him."

Did you see Locatelli in the warmup lap?

“Yes, I didn't understand what happened. It was a dangerous manoeuver in the middle of the group, he deserved a penalty”.

You gave podium number 1000 to Ducati!

“Yes, I'm very happy with it, and the fact that it happened with a win is even better. It is a great result for a great manufacturer”.

Alvaro will you offer Redding a cerveza for finishing in front of Rea?