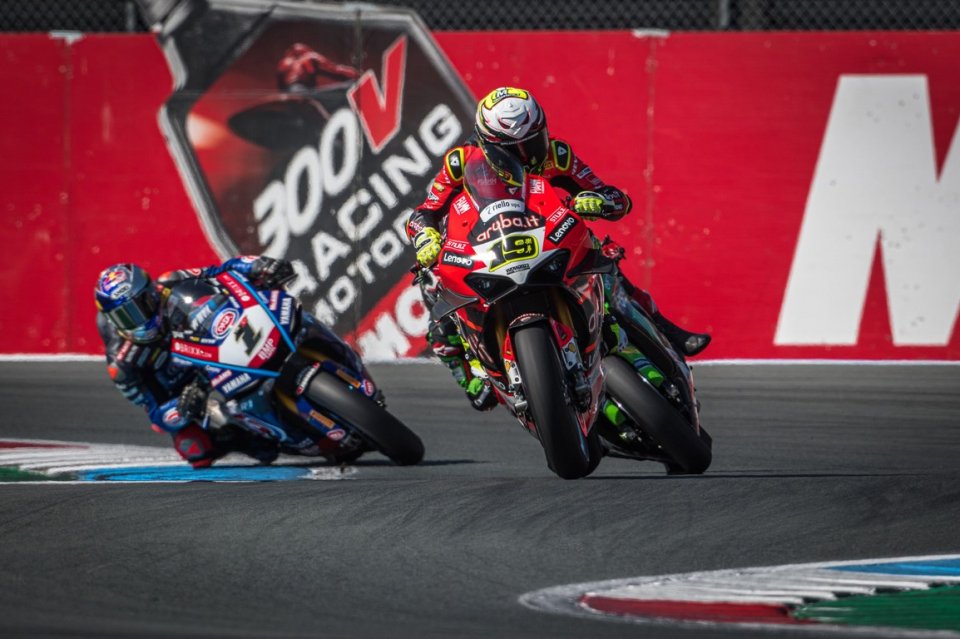 It’s the last effort before the one-month long summer break. The World Superbike lands in the Czech Republic for the Most round. A new circuit for SBKs that have returned after last season's debut.

At that time, Toprak Razgatlioglu was under most of the spotlight, securing Race 1 and the Superpole Race, while Scott Redding won Race 2. Johnny Rea was, instead, left high and dry, just like in Donington, where the Cannibal failed to reach the top step of the podium during his home race.

In fact, Redding hasn’t had a victory for over two months, since Race 2 at Estoril, when he won the head-to-head with Alvaro Bautista. Despite the 17 points that separate him from the Ducati rider, he knows that he needs to send a clear signal with the intention of overturning the hierarchies. At the same time, Bautista is aware that this may be the right opportunity to win again, aware of the potential that Redding expressed a year ago riding the Panigale V4 on the Czech track.

But there’s Toprak Razgatlioglu to deal with, certainly regenerated after the triple in the UK, which allowed him to bridge the gap to 43 points from the top.

In short, the spotlight is on the first three, but we can't forget Scott Redding, who was a revelation with BMW last week in Donington. The innovations brought to the track by the constructor in Monaco have allowed their rider to raise the bar, and now all he has to do is confirm himself.

This is something that also Michael Rinaldi and Axel Bassani have in common: both are ambitious to show their potential riding the V4. Then there are those who want a payback and aim at turning over a new leaf after recent disappointments. We’re talking about Garrett Gerloff and Andrea Locatelli who were forced to play the part of spectators at Donington.

The official announcement came today. The rider from Ascoli: "I have no expectations other than to return to a serene and clear climate inside the...
16 hours 19 min ago

This is the first MotoGP pole for Honda since Pol Espargaro at the British GP last year (21 races), ending the longest sequence of successive premier...
21 hours 13 min ago