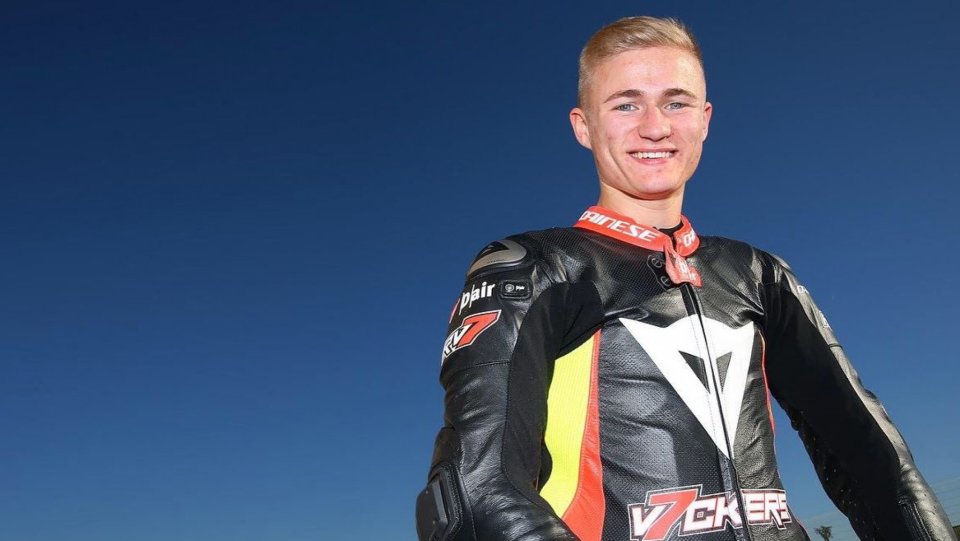 Ryan Vickers will make his first Superbike appearance at Most joining the Kawasaki of TPR Team Pedercini Racing.

Vickers, who currently races in the British Superbike Championship, replaces Leon Haslam who has been asked by Kawasaki to travel early to Suzuka, Japan to prepare for the Suzuka 8 Hours.

The 23-year-old is no stranger to Kawasaki, having achieved the best result of a fourth place finish at Thruxton and clinching twelfth place overall in the 2021 British Superbike Championship. He has already had experience in the WorldSBK paddock, having debuted in 2018 at Donington Park for Simon Buckmaster's PTR Honda team.

He proved to be very promising despite the crash in the race and at the end of the year he became one of the youngest Superstock 600 class champions in the UK, before making the big leap to BSB.

“I’m really excited about this weekend to be joining Team Pedercini Racing for a wildcard opportunity at Most – declared the young British rider - It’s always been a goal of mine to eventually race in World Superbike and to get this little taster is amazing, so a big thank you to Lucio, Guim and everyone else involved. Also, thanks to Faye Ho for allowing me to take this opportunity! I’m going to enjoy this weekend and learn as much as I can from the experience.”

“We are sorry that we cannot run with Leon as planned in the Czech Republic – added Team principal Lucio Pedercini – but fully understand his obligations with Kawasaki in relation to the Suzuka 8 Hour event. We are part of the Kawasaki family and if Leon can help them in Japan, we will be very happy. We are however excited to welcome young British rider Ryan Vickers to the team for the Czech Round. He has shown good pace in BSB and we look forward to working with him in Most.”