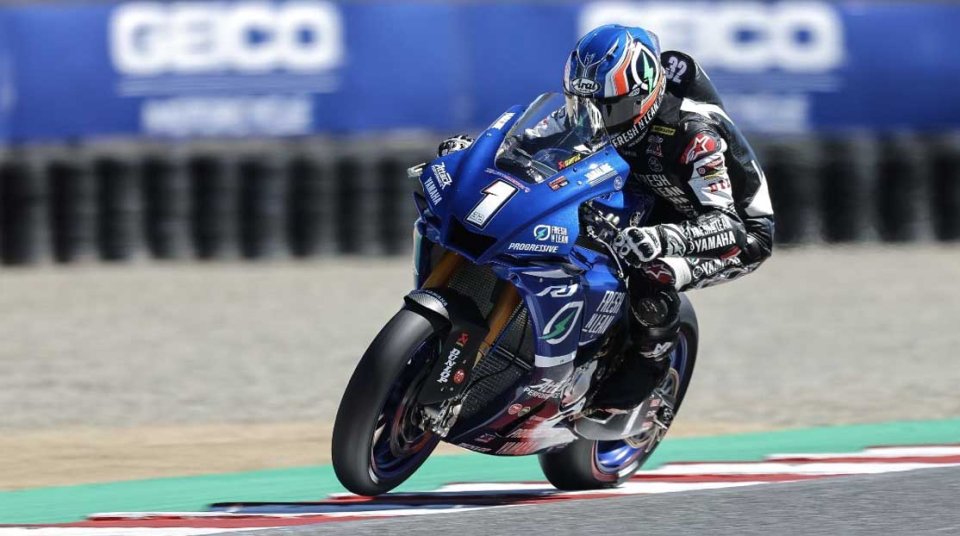 How do you make up for two non-finishes in the first three rounds of the MotoAmerica Medallia Superbike Championship? Well, you win seven of the 10 races that you do finish. And if you accomplish all that, your name is Jake Gagne.

For the first time in 2022, defending MotoAmerica Medallia Superbike Champion Gagne is atop the championship standings, albeit by just three points over Danilo Petrucci, as the series heads to Brainerd International Raceway in Minnesota this week for round seven of the 10-round (20-race) championship.

Gagne took the lead in the title chase at the last round at WeatherTech Raceway Laguna Seca. He did so with a sweep of the two races on the Monterey Peninsula, his third and fourth race wins in a row and his sixth and seventh wins of the season.

Gagne’s Fresh N Lean Progressive Yamaha Racing teammate Cameron Petersen has coined the phrase “Jake doing Jake things.” And that’s exactly what Gagne did at Laguna Seca. Although he failed to get pole position for the first time all season (that went to Westby Racing’s Mathew Scholtz), Gagne was perfect in the two races. “Jake doing Jake things” is basically leading into the first corner, throwing down two to five really fast laps, then maintaining his advantage to the finish. And having a bit of fun to boot. Then, in the post-race press conference, Gagne tells us that the next race will be closer and that the “boys” will be fighting with him for the win. Liar, liar, pants on fire… at least so far.

Unfortunately for the rest of the MotoAmerica Medallia Superbike field, Gagne is now as comfortable or even more so with his Yamaha YZF-R1 than he was a season ago. The change came at Road America but didn’t pay dividends until round five at the Ridge Motorsports Park when Gagne swept to two race wins. Gagne being comfortable is a bad thing for the competition. In case you’ve been living in a cave, a “comfortable” Gagne won 17 races last year en route to the title.

So, what will it take to stop the Gagne train? It will take someone stepping up. Ironically, it will take one of the Big Four (which obviously includes Gagne) to start doing “Jake things.” 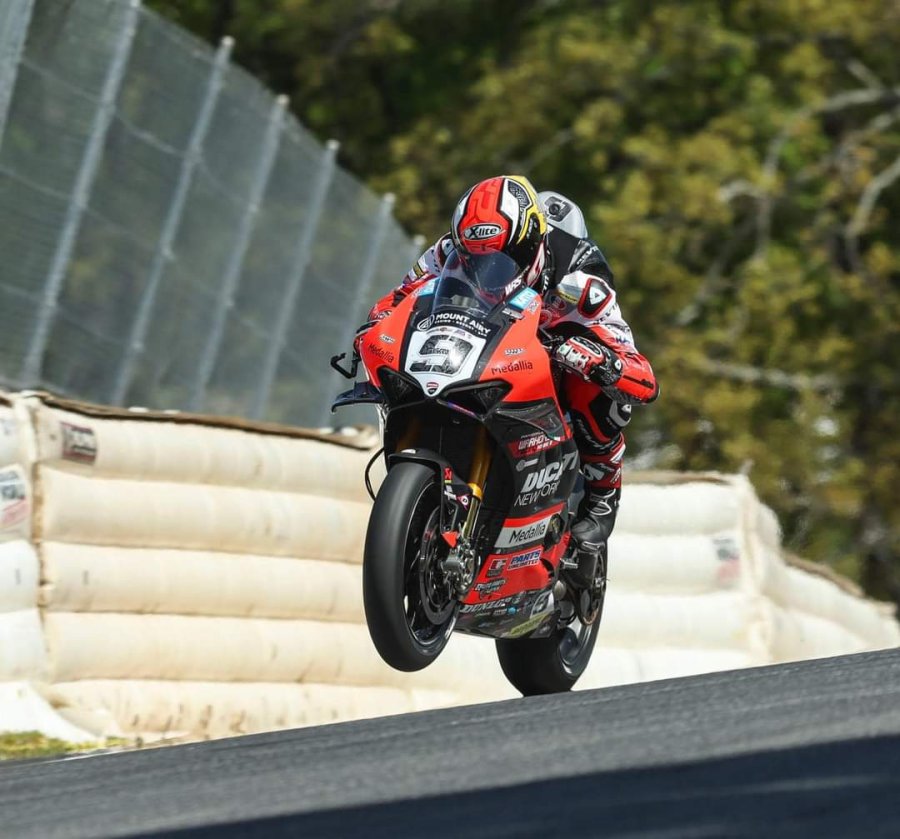 So far, the man most likely to do that is Warhorse HSBK Racing Ducati NYC’s Danilo Petrucci, with the Italian just three points behind and the only rider other than Gagne to win more than one race. Petrucci has won three, though those three came in the first three races and seem like a distant memory to the former MotoGP winner. Most thought Laguna was going to be Petrucci’s best hope of winning again. After all, it was a track he knew and a track where Loris Baz, the rider Petrucci replaced on the Ducati Panigale V4 R, finished a fighting second to Gagne in both races a year earlier at Laguna.

Thus, Petrucci goes to Brainerd, a track he has yet to race on (he did a track day there earlier this year) and a track where Gagne won both races a season ago, trailing by just three points and knowing that stopping Gagne needs to happen quickly if there’s any hope of taking his championship away.

Petersen moved to third in the championship point standings at Laguna Seca, the South African on a current run of five straight podiums that pushed him past countryman Mathew Scholtz with the Westby Racing rider crashing out of race two for his second non-finish of the season.

Petersen has the advantage (or disadvantage?) of watching how Gagne goes about his business from close-up. So far, he’s taken advantage of being on the most successful team in the paddock with his best season to date, but like the others he’s trying to figure out how to stop his teammate – especially in the early laps. Petersen also gained confidence by beating Petrucci in a straight fight in race one at Laguna.

Scholtz hopes to bounce back from a less-than-stellar performance in California where the Westby rider was fourth in race one prior to the aforementioned crash in race two – scoring 11 points to Petersen’s 36. Thus, Petersen now leads Scholtz by five points heading to BIR.

The injured Jake Lewis is eighth in the championship and hopeful of being healthy enough to race at Brainerd. The Vision Wheel M4 ECSTAR Suzuki rider suffered a broken thumb that required surgery in his crash at Ridge Motorsports Park and was forced to miss the Laguna round. Lewis is just six points ahead of Aftercare Hayes Scheibe Racing’s Ashton Yates, the Georgian having an off weekend at Laguna and leaving California with just three points from the two races.

The battle for 10th in the championship is heated with Yates, Tytlers Cycle/RideHVMC Racing’s Travis Wyman currently holding the spot but just four points ahead of his teammate Corey Alexander and 10 points ahead of Disrupt Racing’s Hayden Gillim.