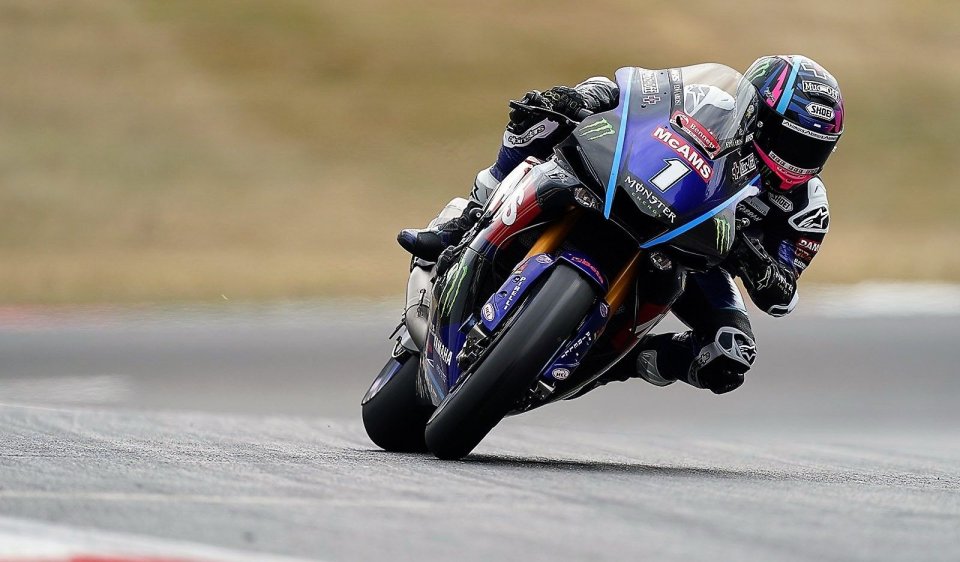 In the same circuit where he was crowned British Superbike Champion last year, Tarran Mackenzie was once again the outright protagonist. Having overcome a particularly problematic start to 2022, marred by major injuries to both ankles that forced him to miss the first two rounds, today he clinched the win in BSB Race 2 on the ups and downs of Brands Hatch. Fresh from an unexciting wild card race in World Superbike at Donington Park, the McAMS Yamaha rider thus achieved his first success of the season, relegating teammate Jason O’Halloran, to second albeit new championship leader.

The return of Taz

Starting from pole position after setting fastest lap in Race 1 yesterday, where he finished second, after letting Bradley Ray vent his spleen in the initial part of the encounter, Tarran Mackenzie then gradually set sail. Gaining up to a maximum of one second on his direct rivals, there was no story in the second race of the London weekend. For the ‘son of art’, these are the first 25 points of the season, something that had not happened to him since Brands Hatch 2021, and at the same time it put an end to the suffering of the previous months.

Noting Tarran Mackenzie's superiority, Race 1 winner Jason O'Halloran wisely preferred to settle for the best result possible: second, thus completing the second consecutive 1-2 for McAMS Yamaha. With Bradley Ray (4th) struggling in tyre management, the result of this Race 2 propels the Australian to the top of the overall classification with 245 points, 3 ahead of Ray.

In an elimination race, in which illustrious names such as Andrew Irwin, Lee Jackson, Christian Iddon, Ryan Vickers and Josh Brookes all abandoned the scene, Tommy Bridewell took advantage of Bradley Ray's difficulties to get on the podium again on the MotoRapido Panigale V4-R. There was a good performance also for Leon Haslam, fifth at the finish ahead of Rory Skinner, while an anonymous Tom Sykes was only eighth. The third and final race of this fifth round of the season will start at 5.30 pm Italian time, with Tarran Mackenzie again starting from pole. 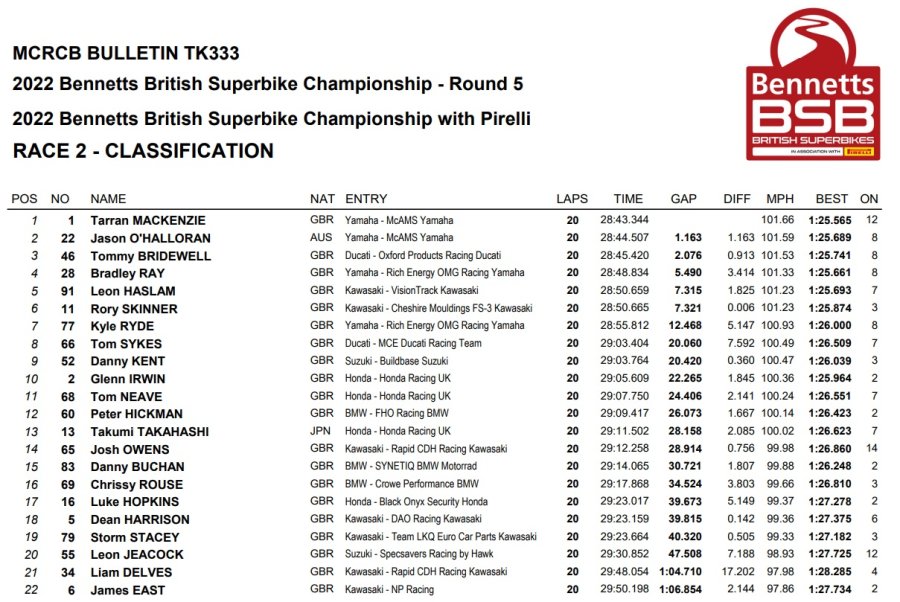