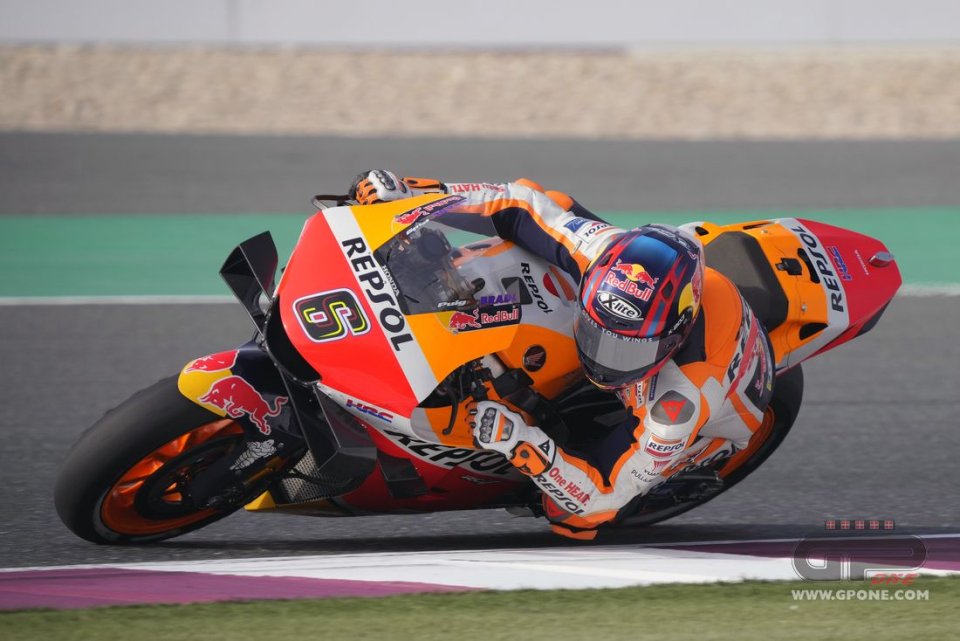 In just over a week, MotoGP will be back on track at Silverstone, on 7 August and the fight for the world championship will continue between Fabio Quartararo and Aleix Espargarò, with the possible inclusion of Zarco, Bagnaia and Bastianini in the role of undesired party-crashers.

Honda will be missing from the challenge, as always in the last three years, still without its leader, Marc Marquez. In his place will be, as always, test rider Stefan Bradl, the man who won the Moto2 world championship in 2011 when Marquez had to stop due to double vision as a result of a crash.

Honda is currently propping up the constructors' championship with just 85 points, against Ducati's 246 and its best rider in the standings (without Marquez who is 13th) is Takaaki Nakagami, 16th with 42 points, against 172 of Quartararo. It’s definitely an unusual situation for the armed wing of the Japanese colossus, HRC, used to dominating the category.

Behind in development, indeed even wrongly developed, the RC213-V is suffering from the lack of confidence that its front end transmits to the rider and the consequence are many crashes. Bradl himself accuses himself of not having been able to channel the development, but obviously the situation is very different because until the Jerez accident, three years ago, the bike was built on indications from 'Magic Marc'.

“We always agree 100 percent – explained Bradl to Speedweek – Our declarations are completely identical; we work together in the same direction. I was also in contact with Marc again after the last Jerez test in July. He was interested in what's new. I've kept him informed.”

The problem, therefore, does not seem to be that of communication between the titled rider and his tester, but rather the HRC working methodology.

“It is not so easy for a Japanese factory to develop everything quickly enough and to react accordingly to new requirements. For the Japanese, it is the top priority that nothing is brought to the track that has not been properly tested – explained the former world champion – In this regard, the Japanese are perhaps a bit more conservative. They're not as bold as maybe Ducati, Aprilia or KTM. They don't dare to make big changes.”

There is more, of course. Because evolution passes through understanding.

“I must say that it is a great advantage for European manufacturers that they can communicate with their riders in the local language. The technicians from Ducati and Aprilia can speak Italian to the riders. That's an incredible advantage. As a result, there are very few misunderstandings. Communication with the Japanese is not always easy. And it's not easy for riders to convey their exact feelings in a foreign language. All the Spanish riders at Ducati and Aprilia all speak excellent Italian. But Honda has won six world titles in seven years with Marc Marquez. Communication was not used as an excuse.”

Stefan Bradl is an honest guy, and for this reason he admits that the solution will not be easy or quick.

“We're starting to know what's missing. There are things in the chassis area that need to be changed. But it can be done. I think we will see more updates this season. Something is bound to come onto the track that will result in a significant change. I can't say when that will happen because it's out of my hands. But we are getting closer to the problems. It will take some time before a solution is found. That won't happen in a jiffy. Our problem will not be solved until the next Grand Prix, nor in the next two months.”