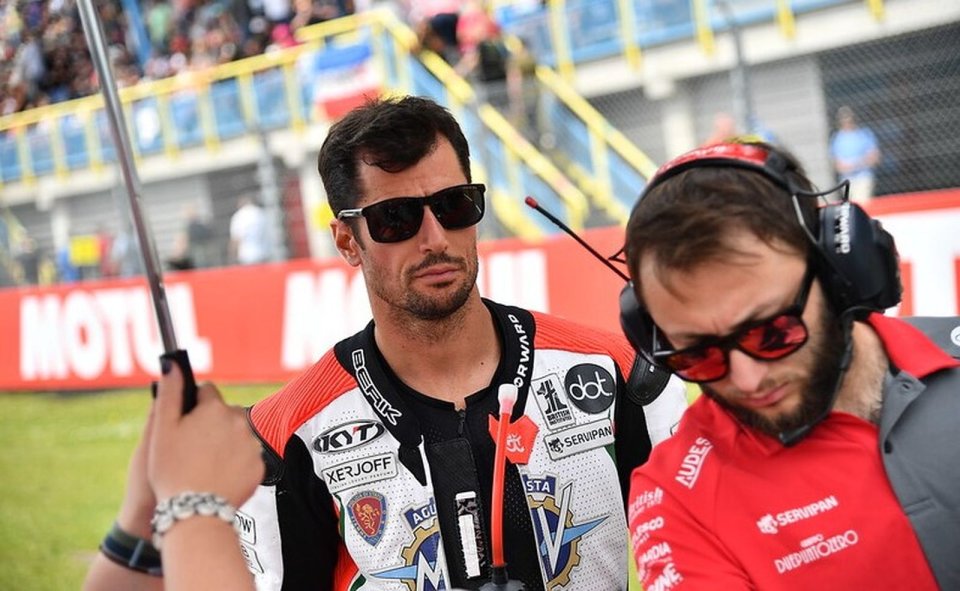 Everyone’s anxiously waiting for the CIV Superbike Racing Night scheduled for next weekend at the Misano World Circuit Marco Simoncelli. Once a permanent appointment during the 80s and 90s, the night race became popular again in the Italian Speed Championship last year and was received with great consensus. Seeing World Championship teams and riders on this track for this race was once the order of the day, and it won’t be any less, when one of the internationally acclaimed riders will be at the starting line: Simone Corsi with the Keope Motor Team’s Yamaha R1, left since Niccolò Canepa won't be riding.

Currently second in the championship, at 25 lengths from Michele Pirro, Niccolò Canepa completed his campaign in the CIV 2022 early with the previous round at Mugello in mid-June. The only rider to have always been on the podium in the 6 races disputed so far - due to a set of coincidences with the Endurance World Championship and the Superbike World Championship - the rider from Genova is unfortunately being forced to give up the entire second part of the Superbike season, postponing his personal ambitious intentions until next year.

The CIV also gains a new potential rider. Present in the World Championship for the past twenty years, with 5 wins and 21 podiums in the 125cc and Moto2 (in which he still races for MV Agusta-Forward Racing), Simone Corsi will be replacing the FIM EWC 2017 Champion in next week's Racing Night. Taking advantage of the quick break that separates him from the Silverstone GP on August 7th (with permission from IRTA in order to avoid running into possible sanctions), the rider from Rome will be racing alongside Randy Krummenacher on the second R1 of the Keope Motor Team, a bike that was tested for the first time in Misano. An excellent testing ground in view of a transition into the SBK in 2023.