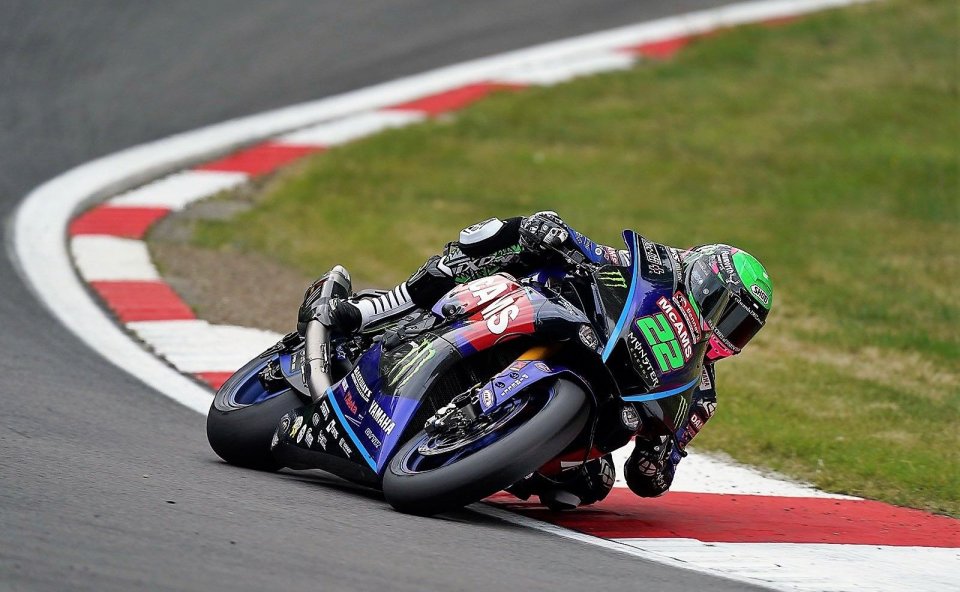 After a month-long break, the riders are finally back on track in the British Superbike at Brands Hatch. One of the most anticipated events of the season. At the moment, the R1 and Jason O'Halloran are unquestionably the reference, as we can see from the Race 1 results, where the McAMS Yamaha rider affirmed himself for the fifth time in the last 6 races.

Faced with a slow start to the season, Jason O'Halloran has now definitely found his way on the 2022 R1. In the wake of his pole position, he went on to lead the inaugural weekend for all 15 laps. Even if he didn't break away solo, the Australian rider always seemed in total control of the situation until the very end. Today's success will allow him to get close to -4 points from Bradley Ray, who unfortunately only reached the foot of the podium in Race 1.

If Jason O'Halloran’s victory is no longer news, there's always the pleasant surprise of the day:Tarran Mackenzie. Straight from a wild card in the Superbike World Championship in Donington Park, he’s finally back to his 2021 self after going through a difficult period, thanks to two serious injuries. The reigning Brands Hatch Champion fought with tooth and nail for a second place, which equals the first podium of the season, as well as the prestigious 1-2 for McAMS Yamaha.

Bridewell brings a smile back to Ducati

Tommy Bridewell also added to the Ducati’s success with a second podium of the year (3rd) on the Panigale V4-R branded Oxford Products MotoRapido. Nothing to do with the umpteenth drab performance of his  teammates: 2015-2020 Champion Josh Brookes finished 6th behind Kyle Ryde, Tom Sykes 13th. Tomorrow we’ll watch the remaining two races of this fifth-season event. 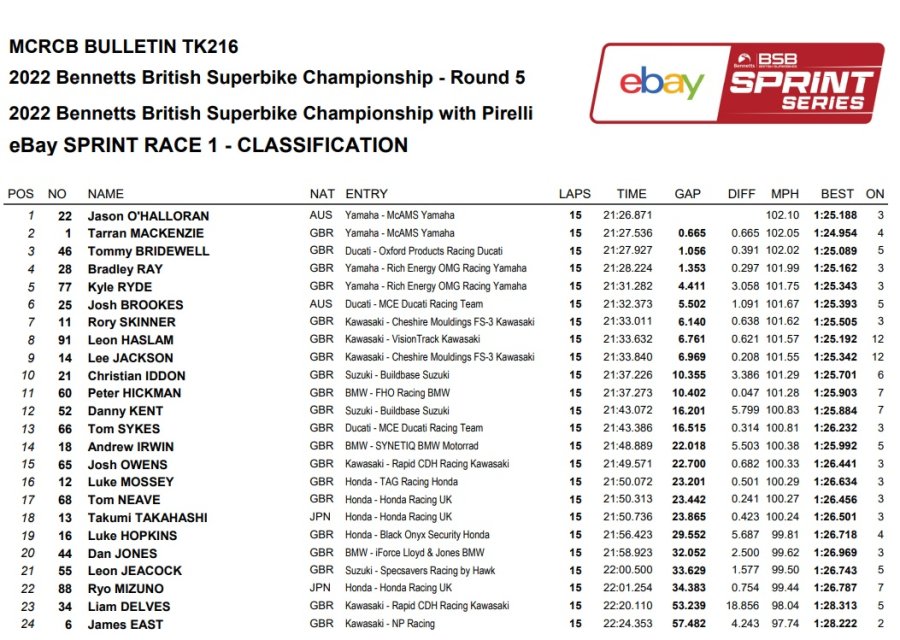