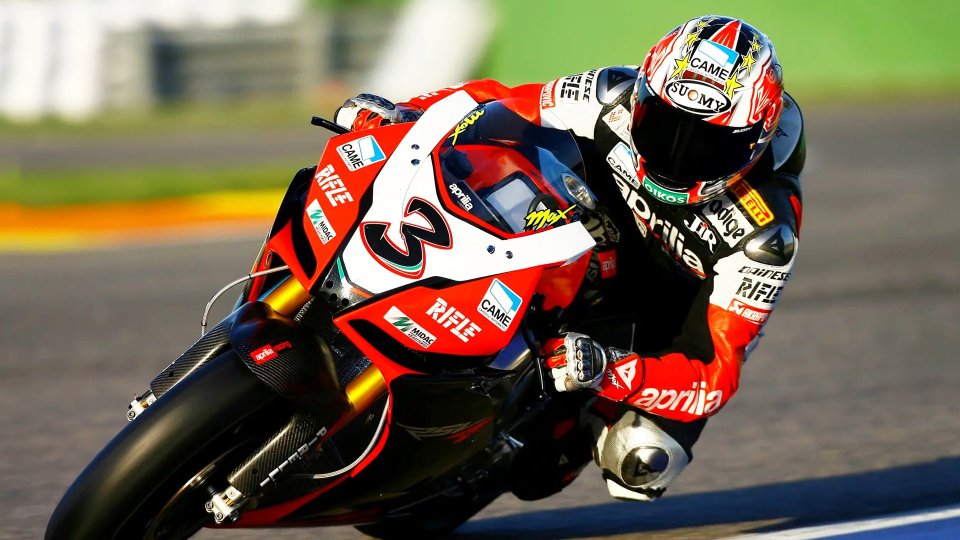 Max Biaggi has always been a bit of an inconvenient character. He has never bowed to common thought, but above all he has never minced his words. For this reason, following some declarations by Marco Borciani, his former team manager, that: "Our team was young and Biaggi was impossible to manage as a character. He was the prima donna and had disproportionate demands. I felt very bad with him, he was a nightmare that year”, Max who is currently in California with his children has decided to entrust this long outburst to social media.

It is a really hot summer and this morning the temperature became really critical, when I read a gratuitous attack on me by a former SBK character, whose team I raced with in 2008 - wrote Biaggi on Facebook - There is little to imply, you all know that in that year I raced with a Ducati for the team managed by Borciani. I know that Borciani has not been very well and I am very sorry about the bad challenges he had to face! I am also super happy that he is now healed and that he is in excellent health.

Having made this necessary premise, let's get back to the heart of the matter.

Choosing the team for 2008 was very difficult for me. I signed a contract directly with Ducati, a contract which envisaged my move into the official team for the following year. You all know how it went and thank heavens it went that way, because I returned home to Aprilia, to write other wonderful pages of my sporting and non-sporting life.

I keep saying that non-winners in sport have a hard time understanding the mentality that animates a multiple world champion! For their part, there is no envy, but only an inability to see beyond, to understand those who have gone further. A champion wants to win at any cost and thus sacrifices his life, in all of its aspects, in order to achieve that goal. Don't believe anyone who says otherwise! A champion must respect everyone, but on the track he must be ruthless! Just as it is difficult for friends to form on the track, especially when fighting for the same goal, in the same way a champion must expect the maximum from all those around him. Every single one of them. It's not about being a prima donna. A prima donna wouldn't risk dying at Doohan Corner (Phillip Island Circuit) to win! I do not pretend and I do not want to be liked by everyone, but it is not correct to miss out exactly what happened in that year, transforming truth into alleged whims of a rider.

This is what happened, so that the events of 2008 can be correctly put in place. 14 years have passed, so the time has come to clarify a few things.

The bike that I tested for the first time for 2008 was an absolutely winning bike. Compared to the previous year, the bike had gained 200 cc in displacement, while some of its components became standard. It was we, with the Borciani team, who tested that bike for the first time in Australia, during private tests. On that occasion we ran a race simulation, which we finished with a time of more than 4 seconds quicker than the one obtained in the race won the previous year by Bayliss, with the old factory bike and with the same tyres. Even on my best lap I was faster than the pole position set by Bayliss in 2007, exactly by four tenths. The bike on that occasion had maximum revs of 11500 rpm. A few days later we moved to Qatar for another test and on that occasion the engine was cut off by 500 rpm, due to an alleged structural problem on the camshafts. We could do nothing but adapt to the situation. Remember this data, because it will be useful in the rest of what I have to say.

In the first race I got a second and a third place, while in Australia, on my out lap in Superpole, the gear lever broke. Not being able to take part in Superpole, I started from sixteenth position, on the fourth row. In race 1 it took me nine laps to get up to second position and over the next seven laps I reduced the gap from Bayliss, who was first, to 1.6 seconds. Unfortunately, however, with six laps to go I crashed without any consequences, in the downhill hairpin. In race 2 I tried to catch up again and after six laps I was already third, but a bad accident in turn 1 put me out of the game. Seeing it again is scary even today. In that curve you arrive at 300 km / h and in the resulting nasty tumble luckily I only fractured the radius of my left arm! I returned to Valencia after 21 days in plaster and in first free practice I realized that something was wrong with the bike. I stopped in the pits and talked to my crew chief. However, the problem remained undefined and I ended the session with many doubts.

At the start of the second free practice session, I noticed the exact same problem and immediately went back to the pits. I told my crew chief that I would finish my practice there and then! In fact, I was coming back from a bad hand injury and in order to race I had to infiltrate my wrist with painkillers, so it made no sense to continue with a bike that had an evident drop in performance. I was being overtaken by riders I had never seen before! Absurd. My crew chief, after toing and froing, finally admitted that the then General Manager of Ducati Corse Filippo Preziosi had instructed him to insert a specific map, which took away between 15 and 18 hp over the entire range of use. This is because it was necessary for only one rider to win, otherwise the regulations would have penalized the twin-cylinder bikes. In fact, if only one rider had won, the victory would have been attributable to his skill and not to a technical advantage of the twin-cylinders over the four-cylinders. My motorcycle had suddenly become a ‘gate’. At the time, the regulations mainly envisaged that a levelling of the performance between 4 and 2 cylinders, following a displacement advantage in favour of the twins of 200 cc, took place thanks to a different minimum weight and with the use of air restrictors, with which the air entering the air box was limited. The penalties were easily triggered if a greater number of riders were present in the first places, equipped with one of the two engines.

The bike I had tested in Australia was absolutely a winner, as honestly it had an excessive displacement advantage. For this reason, in order to win the world championship it was necessary to penalize the customer bikes. If the podium had been monopolized by the two-cylinders, the application of the regulation would have reduced the performance advantage of the Ducati 1098.

In all this my team manager, who was supposed to defend the interests of his team, his sponsors and prevent one of his rider's bikes from turning into a ‘stove’, didn't say a single word! Indeed even today he pretends not to know the truth. yet he was also present at all of our meetings.

As proof of what has been said, a few races later, when Bayliss's advantage in the overall classification was consolidated and when it was now certain that I would go to Ducati, the limiter on my bike was moved to 12,250 rpm. All without any structural changes! That same engine could now handle 1250 more rpm. Absolutely crazy!!!

In short, the engine revs were increased and decreased according to the general classification.

This is the truth that I have never told. I had to swallow a very bitter pill, but it helped me, it helped me to win two more world championships on my Aprilia RSV4. More than double the joy!

Guys, I wanted to share all this with you, in the light of these declarations I read and just to know what you think of what has been said. I always read and comment on you with great pleasure.

PS. You will excuse me, but in view of the treatment of those characters, I want to avoid putting any photos relating to that year and I prefer to post a photo of my homecoming in Aprilia, where I was free to express myself without any limiters ...