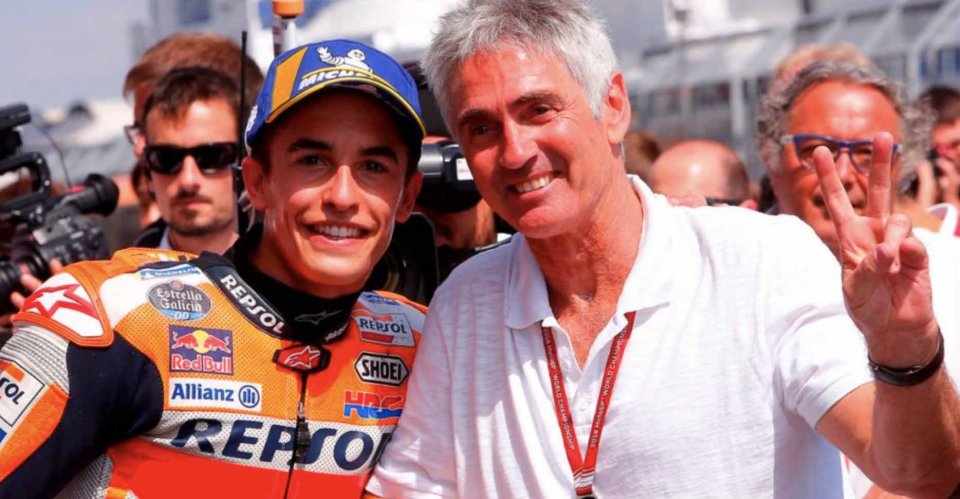 Marc Marquez recently publicly thanked Mick Doohan – five-time champion with Honda from 1994 to 1998, 54 Grand Prix victories – for his moral support during this long period with all his surgeries.

The Australian rider, who is still one of Honda’s most successful testimonials, is seen every now and then at the Grand Prix. He’s maintained a friendly relationship with “Magic Marc”, and it is not the first time that Marquez admits to having been motivated by the former champion, who had also returned to win after a serious accidents in Assen.

"I don't think I had much to do with his recovery, honestly,” Doohan modestly explained in an interview with AS. "We’ve been talking for years because of my association with Honda. My first concern is his safety, his health, his life after the races. Because racing, when seen in perspective, is only a small part of our lives. Now we've talked several times, more often since he his injuries a few years ago. The injury I suffered and the one he suffered are not comparable but, psychologically, you have the same thoughts. I think I try to make it easier for him to digest all this through the experience of someone who has lived through something similar."

Mick was able to save his leg thanks to Dr. Costa's surgery and got back on the bike to try to win the title that went to Rainey. For Marc, it was a series of mistakes, after an evidently unsuccessful surgical procedure for his right humerus, which took him away from racing for a long period of time. How does a champion feel in this kind of situation? Mick Doohan knows.

"Marc is clearly still very fast and mentally strong. What he’s feeling is frustration. The frustration of knowing he can't race like he used to. That’s why I'm sure he’ll have  to take some time to recover, to fix his arm in the right manner and return to being at his best. Then he’ll be able to ride  the bike the way he needs to ride it, without compromising his safety, and win again."

But will he succeed? That’s the question that everyone is asking.

"It's not easy, it's never easy. Sports don’t  wait for anyone," Mick said. "But he’s already shown that he can win races with one arm. He won six MotoGP titles, and you can't get that result if you're soft. He’s one of the best of all time. He’s twenty-nine years old. He’s still young. If he’s physically fit, if he can compete at the highest level, if he’s already winning with only one arm... I think he’ll able to do it with two arms and two legs."