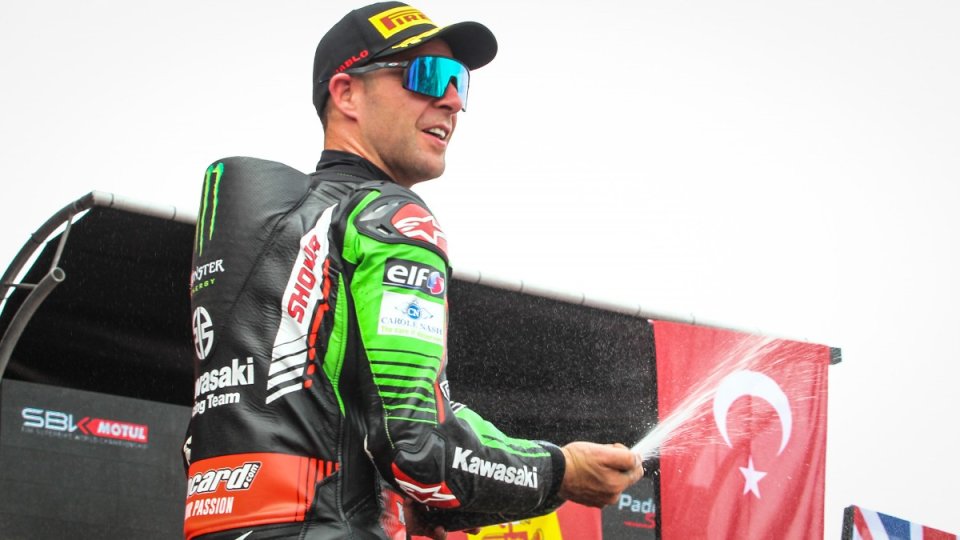 Johnny Rea just stood there empty-handed on his home track, Donington, in front of his fans. The Cannibal was aiming for a victory, but he was instead forced to settle for two seconds and a third place. Toprak took all the spotlight, while he’s left with the satisfaction of having reduced the gap between him and Bautista’s Ducati by only 17 lengths.

Unfortunately for Johnny, the final round on Sunday proved to be complicated, as he himself admitted.

"I didn’t win, but I’m still satisfied,” he said. “Until mid-race, I was fine. But then I had to unfortunately deal with the brakes overheating. That was the most critical aspect, since I had to pull on the lever to avoid hitting Toprak when I was in the slipstream. In the end, it’s  fine, and the result is positive."

In the morning, Rea ended the sprint race in second place.
"In the SP Race, I used the SCQ for the first time. During the first laps, I was conservative, then I had the same feelings as always. I mean, I think Race 2 this afternoon was one of the toughest races I've ever done in my entire career here in Donington. The heat was abnormal, the brakes were overheating, I had to try my best. My face was all red when I arrived in the parc fermé."

For the rider from Northern Ireland, the glass is half full.
"The fact of not winning was frustrating, but the result isn’t bad. In the end, I had no expectations, since you never know what to expect in this world championship. Donington is one of the most demanding tracks, just like Aragon. I’m convinced that we won’t have the same kind of problem at Most."

Bautista resists at the head of the championship.
"Alvaro was quick, as was Rinaldi and Bassani, confirming the work carried out during the weekend. I think Ducati has been doing well, progressing a lot. Rinaldi? I didn't think about him in the afternoon, since I knew I had margine.”

Chrissy Rouse sustained a significant head injury. He was stabilised and put in a medically induced coma at the medical centre by the BSB medical...
17 min 23 sec ago

This is the first time there have been two or more rookies on pole position in a single premier class season since 2006 with Dani Pedrosa, Chris...
23 hours 30 min ago