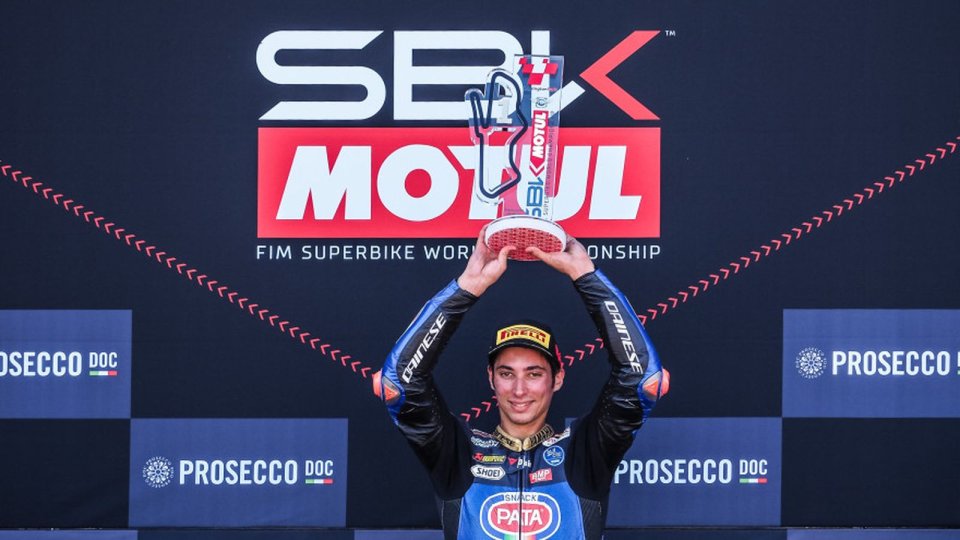 Toprak Razgatlioglu scored a sensational hat-trick of wins at Donington Park and relaunched his chances in the title battle. In the same circuit where he stepped onto the World Superbike podium for the first time in his career (in 2018, then with Pucetti Racing's Kawasaki), the Turkish rider and his Yamaha proved to be invincible. Similarly to the two previous races, at the start Toprak had to hold off the repeated attacks of his friend-rival Jonathan Rea, then ran away all alone in the second part of the race to reach 22 victories in SBK.

"We didn’t start the weekend in the best way, on Friday I didn't feel strong at all also and it was above all due to the lack of grip at the rear. My team, however, did a wonderful job. The feelings I had on the bike both yesterday and today are similar to those of 2021 and now everything comes easier and more natural. Here we have always been strong, moreover it is one of my favourite tracks, it’s a dream come true to score a hat-trick. At the start of Race 2 I kept my nerve despite the uncomfortable presence of Johnny behind me and I pushed as soon as I gained a few tenths ".

What's your next dream?

"I don't know. I’m thinking about the present, from race to race and I absolutely don’t look at the championship (he’s lying third at -43 points from Bautista, ed.). There are many rounds ahead of us, starting with the next one in Most, another track that I like".

Is the real Toprak back?

"Too early to tell, it's just a single race weekend. We'll see at Most."

It’s completely different from the difficulties encountered in the first part of 2022 ...

"It wasn't a simple start to the season, on the one hand I was surprised. We already made some steps forward at Misano and here, after the first free practice sessions, the bike radically changed its attitude. I'm relaxed, now I can brake and overtake opponents in the way I like. Just look at the battle with Johnny, which I really enjoyed ".

Who knows what your mentor Kenan Sofuoglu must have thought of it all ...

"Unfortunately he couldn't come this weekend, but we spoke on the phone several times and he too was astonished. He helps me a lot on a psychological level and I'll call him again in the next few hours".

Razgatlioglu: "If it's dry I'll try and win all three races"