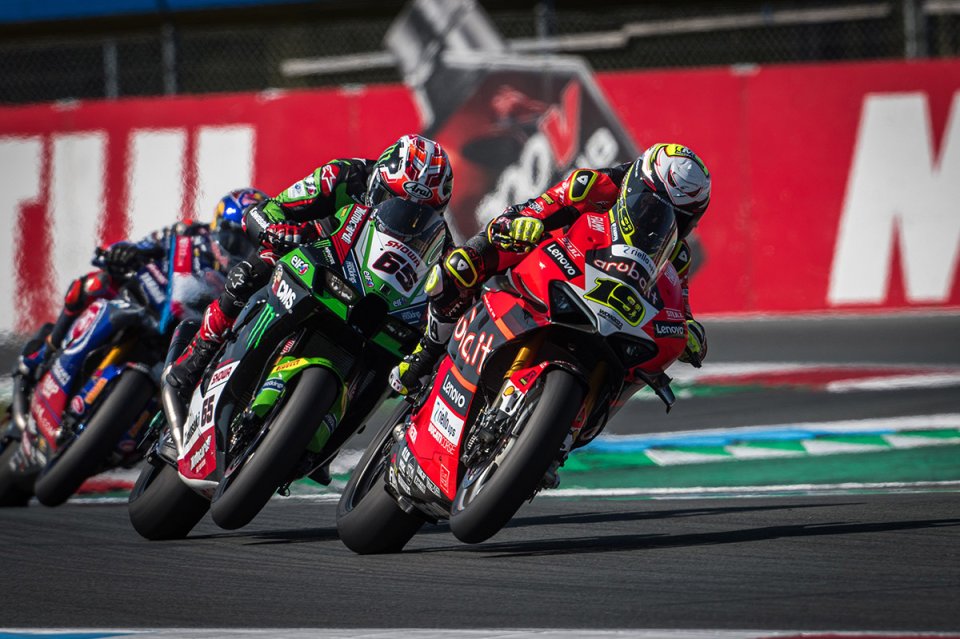 If you mention Donington, you consequently think of what could be considered Johnny Rea's turf. On his home track, the Cannibal aims to lessen the gap in the rankings and shorten the 36 lengths that separate him from Alvaro Bautista's Ducati.

So the British round seems to be the right opportunity for the Northern Irish rider, but we shouldn’t forget about the Ducati, as we wait to see those with a high level of difficulty.

That’s because the Ducati hasn’t won in the UK since 2011, so they also have a past history to take into consideration.

The following are all the numbers of the British round.

1988: The Donington circuit hosted the first round of the Championship. On April 3rd, the winners were Davide Tardozzi (Bimota) and Marco Lucchinelli (Ducati).

1,000-500: Ducati and Kawasaki are close to two historic milestones that could be reached during the weekend. Ducati is, in fact, at two podiums from 1,000 while Kawasaki is only one away from 500.

54: Among the 58 races held in Donington Park, Ducati boasts 54 podiums. Kawasaki is at 48. In the last three rounds held in the United Kingdom, Ducati missed the podium on two occasions, in 2018 and 2021.

26: The number of various winners in 58 races held in Donington. The most successful rider is Tom Sykes with 9 wins followed by Carl Fogarty and Jonathan Rea with 6.

24: The number of British riders that have won 24 races on this track. In 2018, Michael van der Mark put an end to a succession of 11 wins by British riders.

22: Alvaro Bautista currently has 22 victories with Ducati. At 23, he’ll have reached the 1990 world champion, Raymond Roche.

15-13: Ducati won 15 poles in Donington Park, while  all the other constructors count 13 in total.

10: The record number of victories at Donington Park that Kawaski has had. From 2013 to 2017, it won all ten races held on the British track.