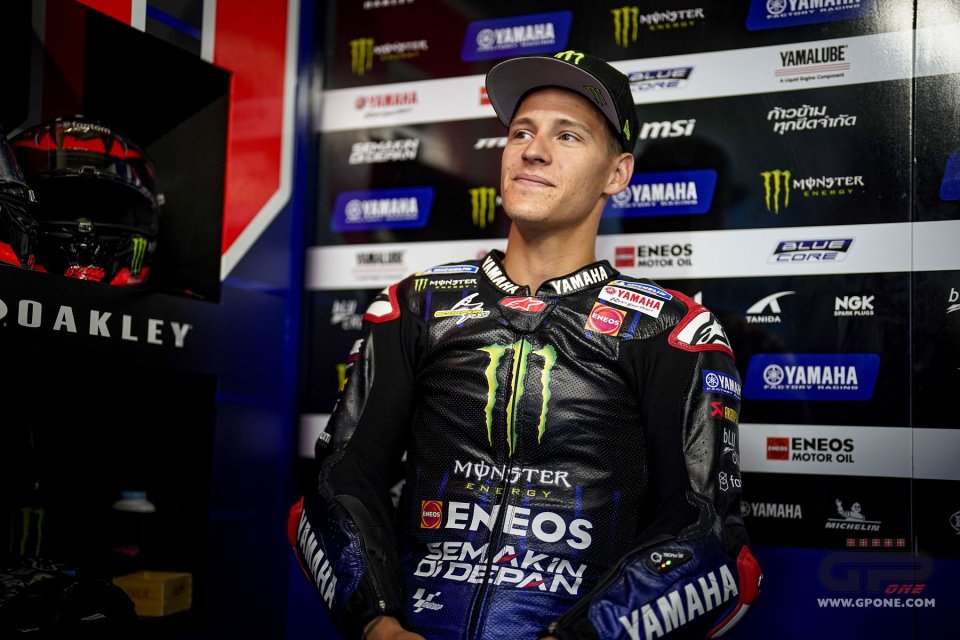 Fabio Quartararo was a guest on DAZN in a new program the Spanish platform calls “Carpool”, where guest are interviewed in a car. Remind you of anything? No way. What do you mean? It’s not at all identical to our GPOne Car format! In any case, the French rider was interviewed by our Spanish colleague, Izaskun Ruiz, in the first episode of Carpool.

Among the topics discussed during the interview, the most interesting is probably the Fabio’s relationship with Marc Marquez, a rider who was the undisputed leader of the MotoGP before the advent of Quartararo and that damned Jerez 2020.

"Marc Marquez is the rider I learned the most from on the track. Doing 25 laps behind Marc, being close to him, without making many mistakes, you really learn a lot. It's amazing what I learned from him and what he left me.”

Fabio also admitted to have changed his approach after 2020, when he could have won his first title.
"I’ve gained more experience. When I was leader in the standings, and I had two more points than Joan Mir, I thought about the championship. Instead, from last year onward, I started thinking about winning every race, and I didn't care so much about the championship anymore. With five or thirty-five points ahead in the league, what I want is to win. It's the same this year. I think this is the experience of having already been at the top of the championship."

The season brought to the fore new rivals for Fabio, who would have before seen Bagnaia as a true rival for the title.
"My rival? Before the beginning of the year, I'd have said Pecco. Now, in the last few races, he's lost a lot of points, but I'm sure that, in the second half of the championship, he'll be there. But Aleix Espargarò seems to be the most consistent. He's also constantly on the podium. He's always up there."

Finally, Fabio commented on his decision to stay in Yamaha.
"When you win a championship with a team and the following year you don’t improve as you’d like, the truth is that you have doubts. I’ve chosen the best project, and I believe that Yamaha will be the best team for the next few years."