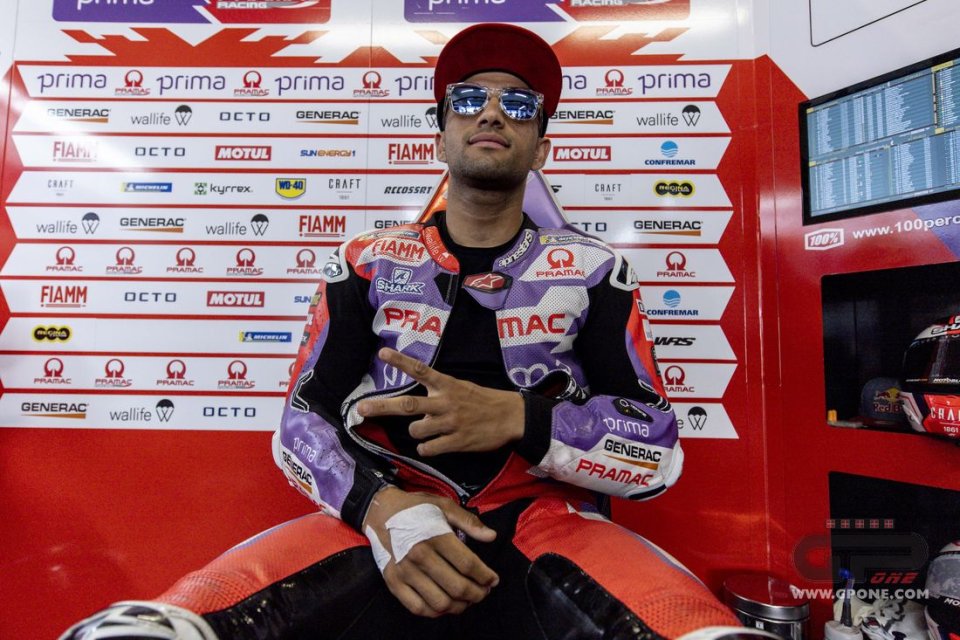 2022 didn’t start out great for Jorge Martin. The Pramac rider astonished everyone at his MotoGP debut last season, winning a podium in his second race and managing to win his first GP after his terrible accident in Portimão.

At the beginning of the season, the Spanish rider had problems with the GP22. He then had to work to solve his carpal tunnel syndrome. So, right now, he’s just at two podiums. Less than Bastianini's three wins, who he’s going up against for the last free spot on the official team for 2023.

Despite everything, Jorge aims high and wasn’t afraid to say so during the press conference for the  Aragon Grand Prix presentation.

"In the medium-term, I hope to win the world championship. It’s my life goal, and I’m focused on achieving it,” he said. "This year, I didn’t start out as I would have liked, but I’m learning a lot. It’s only my second year."

"I'm still recovering from surgery, and I hope to be at my best for the second part of the season,” Martin explained. “In the last races, I had points, but I didn’t race in the conditions in which I wanted to be. Despite everything, it all went well."