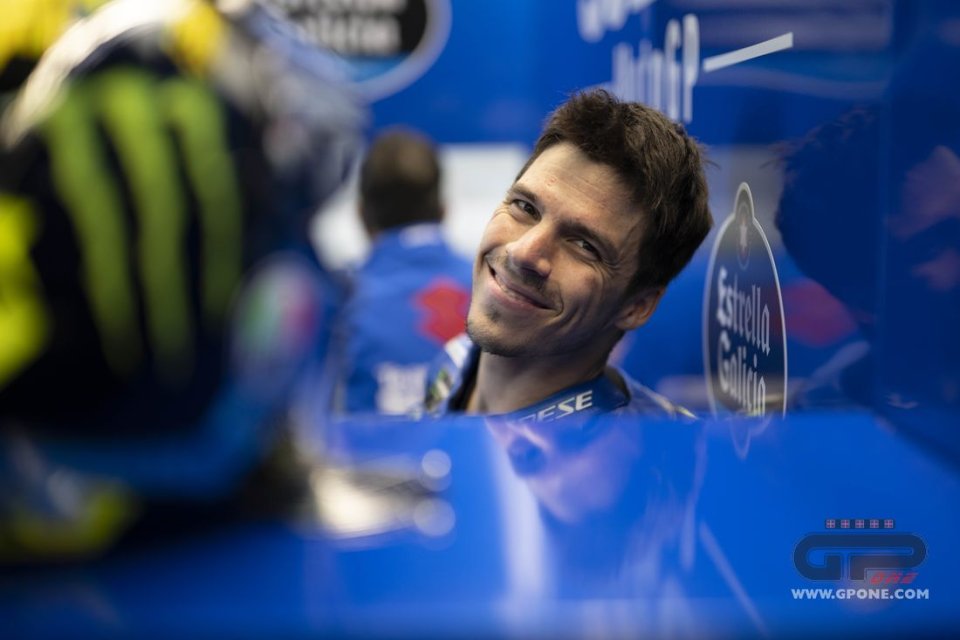 There is a big mystery in the MotoGP market this year: the reason Honda has not yet sealed the deal with Joan Mir. Neither the manufacturer nor the rider currently has other alternatives, but although the marriage between the two seemed obvious, now they are still not even engaged.

Paco Sánchez, manager of the rider from Mallorca, has been speaking about the situation on the TR MotoGP YouTube channel.

“Certain questions you should ask Alberto Puig - he spread his arms wide - I don't know what the reason is for postponing this decision for so long. Acosta is not the cause because I think he must stay another year in Moto2, I don't think he's prepared for the jump in MotoGP. He is a great rider, and he will have a good future ahead of him, but he still needs experience, you cannot put the weight of Honda on the shoulders of a young guy, and he is not stupid”.

Two things are certain: Mir is not afraid to face up to Marquez and has no other alternatives.

“Joan is not afraid of anything. He knows that Marc has ridden with this bike all his life, but he also knows that either he will sign for HRC, or he will stay at home. There is no plan B” confessed the manager.

"I spoke to Lin Jarvis before the news of Suzuki's abandonment, and he had already confirmed that Morbidelli would continue with Yamaha in 2023 - he explained - I spoke to Paolo Ciabatti after the announcement and they clearly told me that they would not enter into negotiations with Joan because they have a different philosophy”.

So, you must find an agreement with Tokyo and, as always in these cases, money matters.

“Of course, Joan's financial requests are not those of a rookie, he's a world champion – Sánchez declared – For me Honda is the number 1 manufacturer in the world, but it can always happen that you find yourself in a difficult moment. Suzuki is Atletico Madrid, Honda is Barcelona or Real Madrid, they must win every year, finishing second is already a failure. Therefore, they have doubts and that it is not just one or two people who make the decision, but a group that is supervising everything”.

What is happening then?

“Their number 1 rider has suffered a series of problems, unpredictable circumstances for which no one is responsible - explained Paco - When you lose your star that took your bike to victory, you also lose your way in development. They had already lost Pedrosa, then Lorenzo and Espargarò arrived, who are different. Pol rides with the rear wheel, Marc with the front, so changes were made on the bike, and they couldn't achieve the desired results. When you go into a negative spiral, then everything goes wrong”.

Speaking of Marc, the Spanish manager has clear ideas: "I hope Marquez will be back soon, he is an icon of the championship, we have already lost Valentino and we cannot lose Marc too."