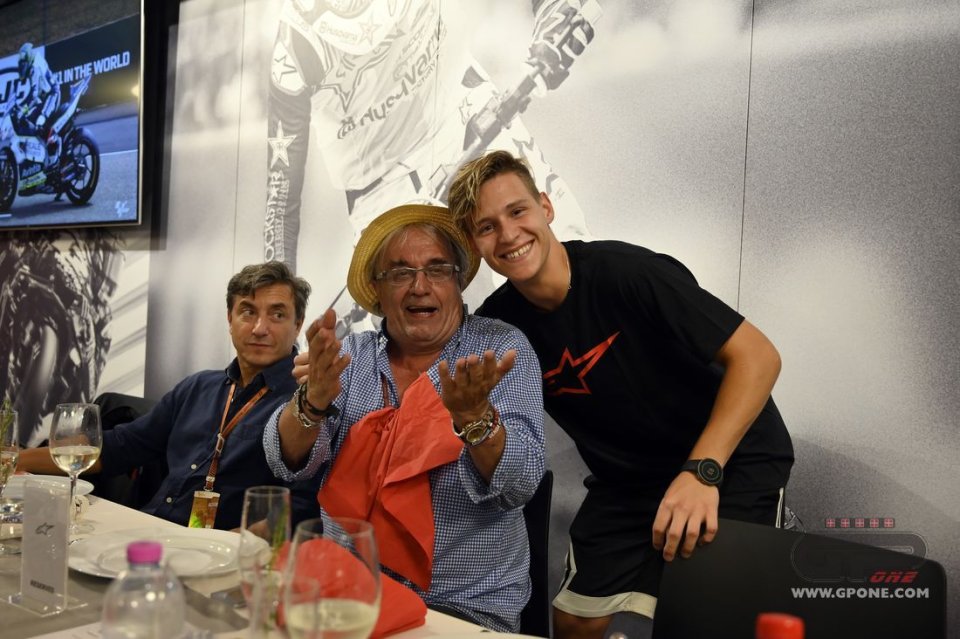 Professor Carlo Pernat took the chair to give marks to the riders after the first part of the season. HERE you can find his opinions on the riders from 13th to 25th place in the championship, today it's the turn of the Top 12.

Even at the top of the class, someone has ended up behind the blackboard and will have to open his study books this summer so as not to be caught unprepared at Silverstone.

Here are the marks of the Italian manager.

Fabio Quartararo 8: Bad mistake at Assen, at Silverstone he’s got to manage the situation

"I could have given him a 10, but I’m taking away 2 points for his mistake at Assen. We thought he was relaxed; he had been able to manage other races and now he is in an important moment. As happened in the Netherlands to Bagnaia, Fabio will have to prove that he has learned his lesson at Silverstone. It will be particularly important".

"He has tailored the Aprilia around himself and believed in it even in the most difficult moments. Now he is living in a nice bubble, the bike is very fast, and he is riding it perfectly. He has been reborn, even if it seems strange that a rider who had never won anything this year will fight for the World Championship. "

“He is a rider who understands a lot and in fact Ducati gives him a lot of material to try, but he is always lacking the spark. He gets on the podium but can't win, maybe it's a mental block. He must succeed”.

Pecco Bagnaia 7: If he can stay focussed, he can become almost unbeatable

“Difficult to judge. I give him 9 for the races he won, because he did it in a great way, as a real rider, and 4 ½ for his lack of concentration. His average is close to 7, I’m rounding it off because he is strong and if he sorts out his last defect, he could become almost unbeatable ".

Enea Bastianini 6.5: Has become a bit confused, but the rider is there

“He deserves a full pass, first because he has won 3 GPs. There was a moment when he led the championship, then he lost some confidence and had a bit of bad luck. He has become a bit confused, but the rider is there ".

Brad Binder 6.5: A Top 5 rider with the right bike

"A strong rider and when KTM sorts out the bike he will always finish in the top 5. He has a mean streak and is difficult to pass, with the right bike he is Top 5 material".

“He is a rider that I like very much, and he should be on the podium in all races, as he has shown he can be. Probably, knowing at the start of the championship that he is no longer part of the official team in 2023 has drained him psychologically. In fact, he has had many difficulties, something that is not like him, maybe he will be reborn with the KTM, he is certainly an excellent acquisition".

Joan Mir and Alex Rins, NO MARKS: They are in the worst situation for a rider

“The Suzuki riders can’t be judged because being in such a situation is devastating. Knowing in their heads that they will no longer ride with that bike and that the team is unmotivated is the worst thing that can happen”.

"A rider who does his homework: if the bike is 8, he gives 8; if it’s 5, then he gives 5. He doesn’t ride over the problems, and this is the reason KTM has eliminated him, a rider must be able to do that if he wants to win ".

Jorge Martin 5.5: Crashes too much, he’s in trouble

“He started the season with a bike not in shape, but he crashed 4 times, 5 with the one caused by Bagnaia in Qatar. That’s too many for a rider who aspired to something more and he even hasn't done any great races lately, he's in a bit of trouble. More was expected from him”.

Maverick Vinales 6: Has arrived, but a bit late

"He took a long time, perhaps too long, to adapt to the Aprilia, even though he had always ridden bikes with 4-cylinder in-line engines and that’s difficult. He has arrived now, a bit late, and it must be a starting point for him ".