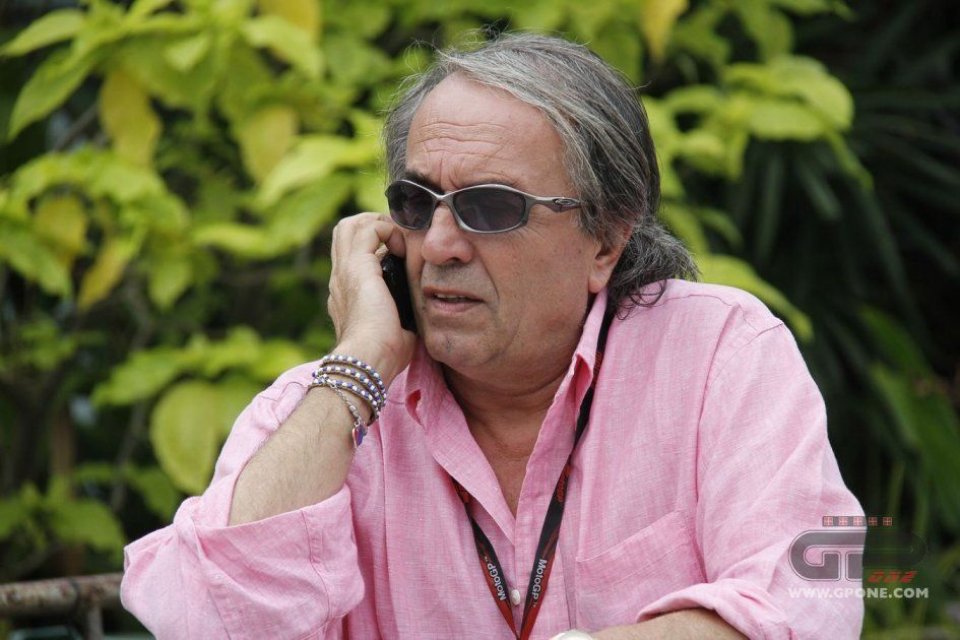 July, time for holidays and report cards. With half the season behind us, the MotoGP championship has taken shape and there are those riders who can indulge in a well-deserved rest by sleeping between two pillows and those who need to have their heads examined. To judge the performance of the riders from the Qatar GP to the Assen GP, ​​we asked Carlo Pernat to put himself in the shoes of the professor and write his report cards.

The Genoese manager is not afraid to use the red pen when the results have not been satisfactory, but he has also given some convincing promotions.

Here are the votes of the riders from 13th to 25th place in the standings, the Top 12 will arrive shortly.

Marc Marquez NO MARK: Would like to but can’t

“He can’t be judged. He would like to go back to being what he was, but he can't because of physical and psychological problems. He is in the most difficult moment of his career; we will see how it goes ".

Marco Bezzecchi 7: Mean streak and with the desire to reach the top, we’ll see him again on the podium

“Has immediately proved to be a rider with a mean streak, in the sporting sense of the term, and with the desire to reach the top. Has crashed many times but gained experience and got to the podium very early. Deserves it and I think we will see more podiums ".

"I give him 8 in practice, because he has always stood out, but in the race, he deserves 4: the average is 6. He takes a while but he knows how to ride, he's a MotoGP rider."

“Always keeps the flag of the Rising Sun held high; he is a real kamikaze: what they tell him to do he does. He missed the train two years ago, when he was always in the top 10, at Aragon he started in pole position but crashed immediately. He could have made the leap in quality but he didn't ”.

Pol Espargarò 5: hasn't won anything and continues to win nothing

“I could have given him less, but I realize that the Honda technically isn't worth much. Frankly, it was a risky choice to take a driver who had not won anything and continues to win nothing, so much so that it has already been decided that he will leave ”.

“I give 5 to Marquez, but I should give 3 to Honda which has completely ruined him. A rider who has won two world titles, one in Moto3 and one in Moto2, cannot be reduced to this level. Taking him into the factory team and telling him immediately that he would be in that satellite next year means ruining his head. They should have done the opposite, it’s Honda's fault ”.

“I'm disappointed not to be able to give him a high mark because until two years ago he was a very strong rider. I give him 5, he deserves no less because he has given it his all, but Yamaha conditioned him by taking away the factory bike from him last year to give it to Valentino and changing his crew chief 3 times. It's not only his fault, but he could do more ”.

Fabio Di Giannantonio 6: If he carries on step by step, he will get there

"He deserves a decent mark, despite the fact that the first part of the season he was a bit over the top, not paying attention to what the team told him, when he realized this, he made a leap in quality. He is strong, agonistically with a mean streak, if he carries on step by step he will get there ".

“Half a point more for the decent race in Indonesia in the wet. Yamaha made a big mistake: it threw away a bike and ruined a rider. That's what happens when you take someone from Moto3 and put him in MotoGP”.

Andrea Dovizioso 5 for esteem: Who made him do that?

“He was in Aprilia; he could have stayed there but he didn't believe in it. He wanted to ride a Yamaha that doesn't work and that is completely contrary to his riding style after 8 years of Ducati. He paid the price: who made him do that? ".

Remy Gardner 4: He doesn't race over the problems

“A lot more was expected of him. He always blames the bike but a rookie must also know how to race over the problems and he doesn’t. "

"After the push and pull between Yamaha and KTM for this pseudo-phenomenon, he has shown instead that there is little phenomenon. His bike is not to be thrown away and in KTM there isn’t a good atmosphere surrounding him, he has to be careful ".

“He's a test rider, he tries everything Honda gives him and sometimes he complains. It is clear that he has a very difficult job to carry out, but something more was expected of him ”.