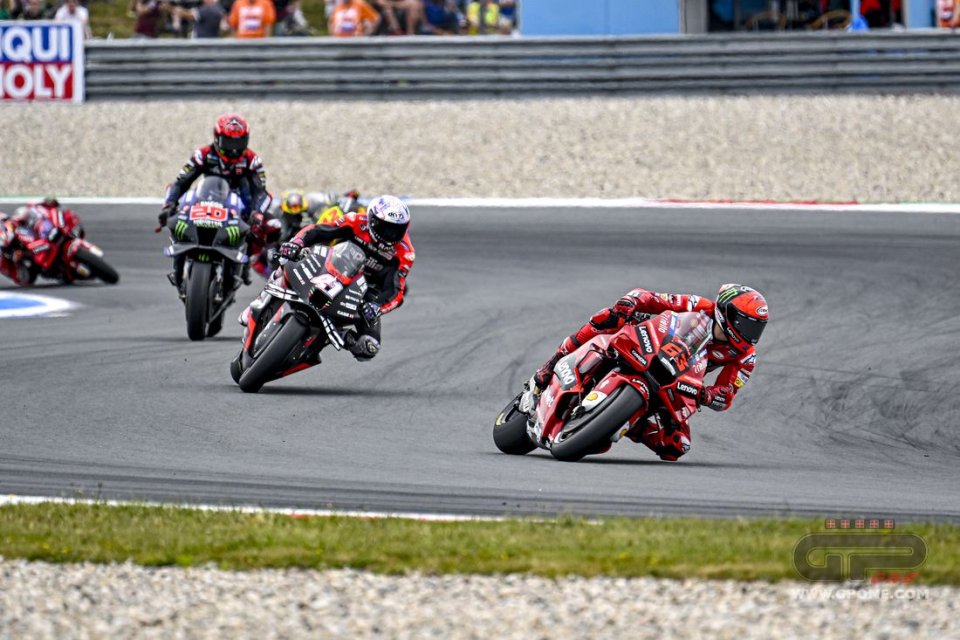 If this first half of the championship has given us a certainty, it is that Italy has beaten Japan. True, in the riders' standings Yamaha is top thanks to Fabio Quartararo, but this does not mean that the Italian bikes have overtaken those of the Rising Sun in competitiveness. You can understand this by looking at the rankings and the numbers certify it.

Ducati has confirmed its competitive level and Aprilia has taken that decisive step forward that led it to win its first MotoGP race and to be a constant presence on the podium. Statistics show that two different Italian bikes had not won in the premier class since 1969. In that year it was Giacomo Agostini who won the title on the MV Agusta and Gyula Marsovsky finished behind him in the championship on the LinTo (a handcrafted bike by the brilliant designer Lino Tonti). Despite his excellent placement at the end of the year, the Swiss rider was unable to win any GP, and neither did his brand mate Alberto Pagani, who finished in first place in the Grand Prix of Nations (boycotted by MV Agusta because it was moved that season from Monza to Imola).

The Noale manufacturer in Argentina managed to enter the restricted club of winning Italian bikes in the premier class, the seventh in the list: Gilera, Moto Guzzi, MV Agusta, Cagiva, Ducati and the aforementioned Linto.

Aprilia a nice surprise, Ducati dominates but not in the riders' championship

The most important thing, however, is that for Aprilia it was not an isolated peak performance but the confirmation of a consistency that is certified by the rankings. The Veneto manufacturer is in fact in 3rd place in the constructors' standings, just 17 points behind Yamaha, despite being able to count on only two riders. In the championship reserved for teams, however, it is first, with a 16-point advantage over the official Yamaha and Ducati teams. It has also managed to put both of its riders (Aleix Espargarò and Maverick Vinales) on the podium.

For its Bologna-based opponent, dominance in the championship reserved for the manufacturers is clear: 246 points, with Yamaha chasing 74 points away. Never as in this case, union is strength because with 8 bikes on the track (twice as many as Yamaha, Honda and KTM, four times those of Aprilia and Suzuki) the opportunities, it goes without saying, are greater. As long as the bike is fast and above all can be ridden by many different riders and that's exactly what the Desmosedici has become.

The Rossa has won 6 of the 11 races held up to now (3 with Bagnaia and the same number with Bastianini) and there has always been a Ducati on the podium in every GP. Furthermore, 6 of its 8 riders have climbed at least once on those steps: Bagnaia, Bastianini, Miller, Martin, Zarco and even the rookie Bezzecchi. The other rookie Di Giannantonio and Marini haven’t done it so far (for now), but in any case, they have proved to be fast, especially in qualifying. In fact, Fabio managed to conquer a pole position (at Mugello), one of the 8 Ducati poles in 11 GPs. In the words of Aleix Espargarò, the strange thing is that there is no Ducati rider leading the championship, but there you go.

Quartararo the new Marquez, but Honda and Yamaha have a negative record 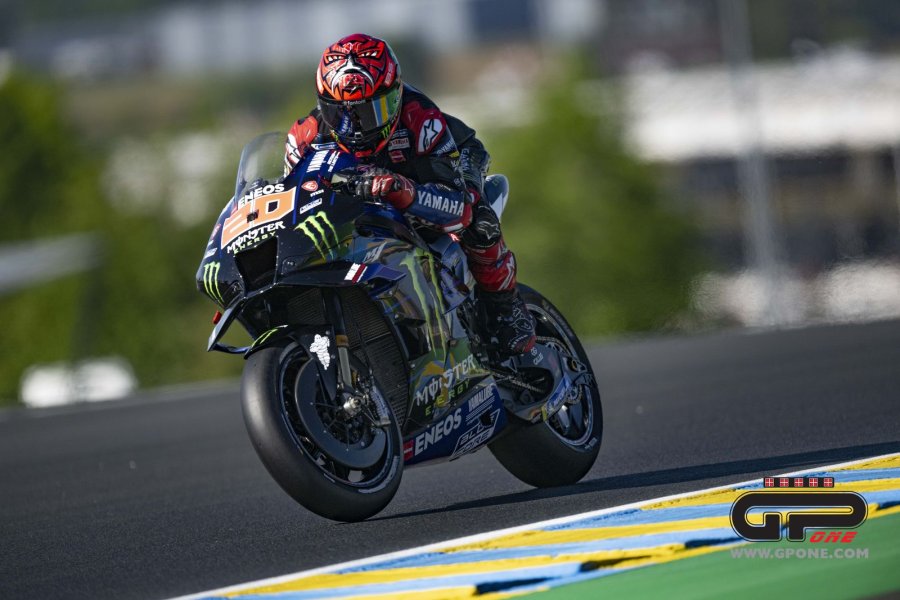 That it is a fantastic year for Italian bikes is undeniable, but what about the Japanese ones? Quite the contrary. Honda and Yamaha have both set a negative record by not scoring points with any rider, the first at Sachsenring and the second at Assen. This had not happened at Honda for 40 years and 633 races (since the 1982 French Grand Prix), at Yamaha for 33 years and 633 races (since the 1989 Grand Prix of Nations). This year Suzuki has also failed on 3 occasions, but with only two riders this is more likely to happen (especially since Rins had to miss two GPs due to injury).

The Japanese giants seem to collapse, or at least one because Yamaha, as mentioned, cannot complain too much as it is at the top of the riders' standings. The problem is that everything is on the shoulders of Quartararo (who in fact picked up all the points that the Iwata manufacturer has in the constructors' championship on his own) and the parallel with Marquez comes naturally.

For years Marc was the saviour of Honda, which began to sink when its champion was injured. Seeing the Tokyo manufacturer last in the constructors' championship (with only one podium in 11 GPs) and the two teams (official and LCR) in 8th and 9th place ahead of only WithU and Tech3 is worth a thousand words.

The same could have happened to Yamaha, considering that Morbidelli is 19th in the standings and Binder and Dovizioso are last and next-to-last: 45 points in 3, just over a quarter of those picked up by Quartararo alone. In other words, Fabio has kept the show on the road and logically wanted technical guarantees for next year, when Yamaha will only have two motorcycles on the track.

He remains the favourite for the title this year, but if he manages to hit the target, it will be largely thanks to him, because Aprilia and Ducati are the best bikes right now.

Alzamora: "Ducati no longer needs Marquez, but there is always interest in...

“Kazakhstan is absolutely absurd.” Ezpeleta’s response: “Without Sokol, we would have stopped for 5 weeks. I could live with 15 races a year, but my...
1 day 16 hours ago

The MIE Racing Honda Team thus completes its line-up for the 2023 Superbike World Championship season with two talented and fast riders who are both...
2 days 6 hours ago

2021 British Superbike Champion Tarran Mackenzie leaves the McAMS Yamaha team after six years, with a new adventure on the horizon in the Supersport...
3 days 3 hours ago