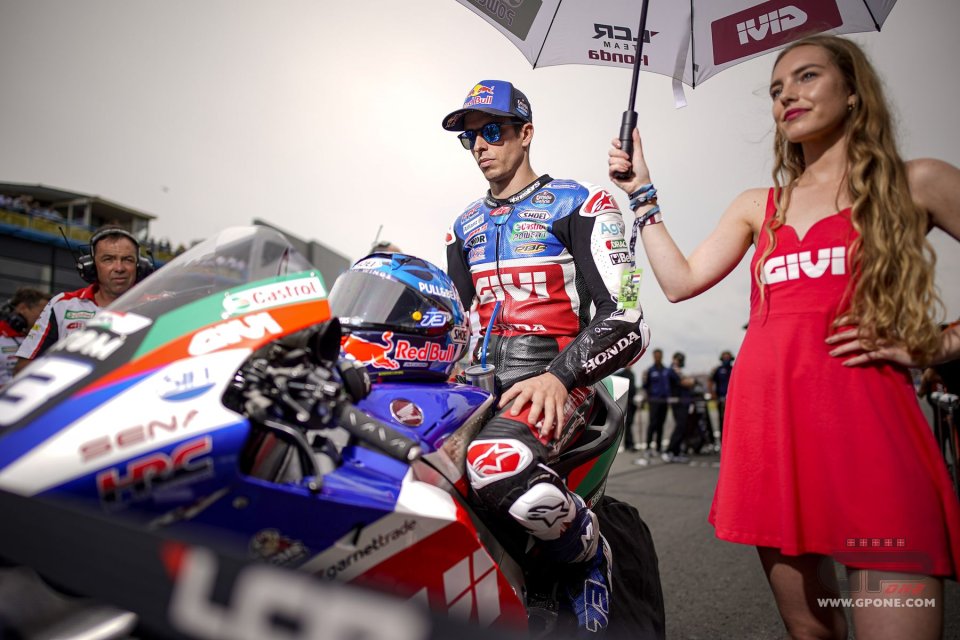 What we learned from the Dutch MotoGP weekend was that the contract that will bind Alex Marquez to Gresini Racing for 2023 was signed well in advance. Alex will be riding a Ducati alongside Fabio Di Giannantonio. A very important change for the Spanish rider, who will finally get the chance to rip off his “brother of” label. A title that he has to endure, since he boasts the same last name as he who dominated the MotoGP from 2013 to 2019, with 2015 being the only exception.

Alex talked about this change with the media at the end of the weekend, commenting on the reasons that led him to make this decision, which will separate him and Honda LCR that, instead, will be welcoming Alex Rins, who’s leaving Suzuki. And, since he’s a good brother, Alex confirmed that he also talked about it with Marc, who certainly didn’t push him to change his mind.

"He asked me what I thought, where I imagined myself,”Alex said, talking about Marc's reaction to the news. “I told him that I wanted to change bikes, and he backed me up from the very beginning. He told me that, if I changed, he would back me up, and that's what he's doing. Just like any other brother would."

What do you expect from Ducati?
”I don't know. I don't like to talk about a bike I haven't tried yet. But it’s clear that many riders can be fast with this bike. It seems suitable for many different styles. This could be a great opportunity for me. I believe in the project, in the bike, and in the team."

Aren't you afraid you’ll regret it in the future? Maybe Rins and Mir, who’ll be riding the Honda, will be better off.
"Only the future will tell, but we're talking about Honda. The future will tell us if they’ve made the right choice, but it’s an incredible constructor that, at the moment, has somewhat lost its way. But I think that, if there’s a constructor that can react to this situation, it’s Honda. I needed a change, I wanted to progress. I think this was my best option.”

What convinced you to leave the Japanese constructor for Ducati?
"European constructors have changed the way they deal with the MotoGP, the way they work and develop the bike. We see it with Ducati and Aprilia, above all. There are many more people, a lot of communication and, above all, speed in changing things. In a way, they look more like the Formula 1 now. The reaction time is much faster, and this is fundamental in a modern MotoGP, where every detail counts. We also need to make changes from one race to another. This could make the difference."

How did Cecchinello react to the news? Did you talk to him about it?
"When I started talking to Ducati, I talked to Lucio about it. He also understood that I needed to make a change. This first part of the season was difficult for me. I needed to change something, and I think going to Ducati will help me a lot. Before signing, I wasn’t sure I would stay in the MotoGP. I lacked options. I didn't have any written proposals. But I’ve always had a special relationship with Lucio. We’ve been honest with each other. In fact, when he found out I had signed, he was the first to compliment me. He seemed almost more excited than I was. I'm happy with where I am now, but I needed a change, especially for my mind."

Will you be more relaxed for the rest of the season now?
”In 2020, I proved I could be in the MotoGP. I think I deserve a place here. Maybe we can win the world championship, but we need to prove it on the track. Maybe now that I've signed up for next year, I'll be calmer in the second half of the season, and I might get some satisfaction. I hope. They were difficult years, even from a mental point of view. I need it."

Will your sponsor, Estrella Galicia, come with you to Gresini?
"It’s not confirmed that Estrella will be coming with me to Gresini."