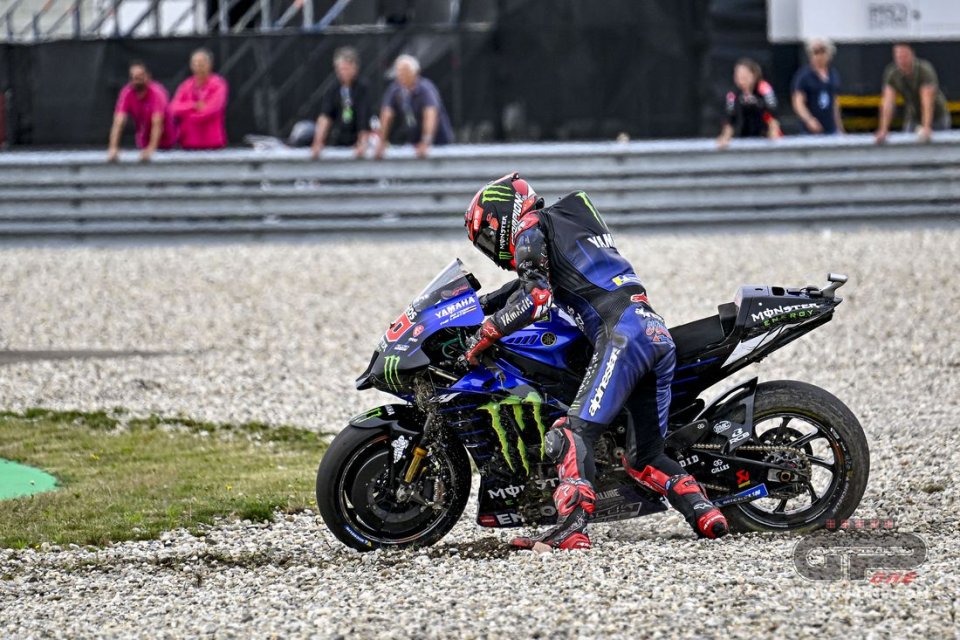 Yesterday Fabio Quartararo, when he spoke to the press after the race, still did not know about the Long Lap penalty at Silverstone that the Stewards had decided to inflict on him. Today, however, he wanted to let his feelings known about this penalty and he did so on his Instagram profile.

The Frenchman rarely loses his temper, but this time he did. His message was sarcastic and left little room for interpretation.

“Well… A Long Lap for the next race. Now you cannot try an overtake because they think you are too ambitious. From the beginning of the year some riders made 'racing incident' but apparently mine was too dangerous. Congratulations to the Stewards for the amazing job you are doing. Next time I will don’t try any overtake to think about not taking a penalty. Great holidays and see you in Silverstone,” he wrote. 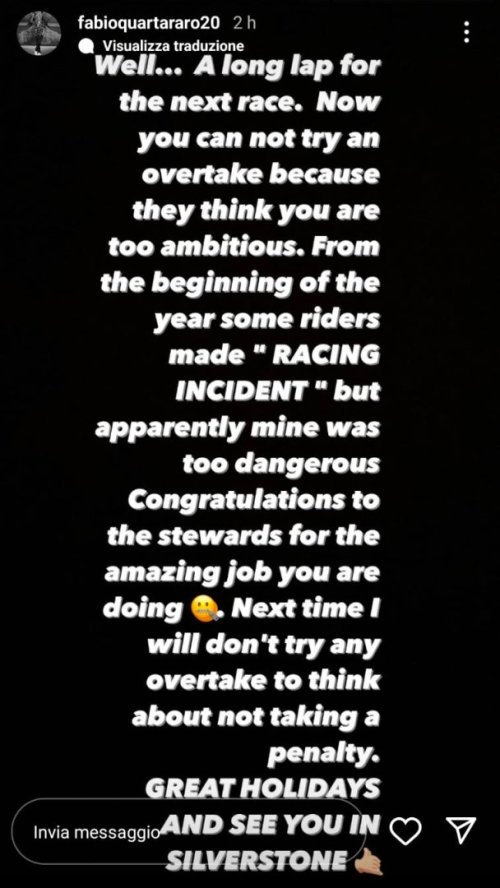