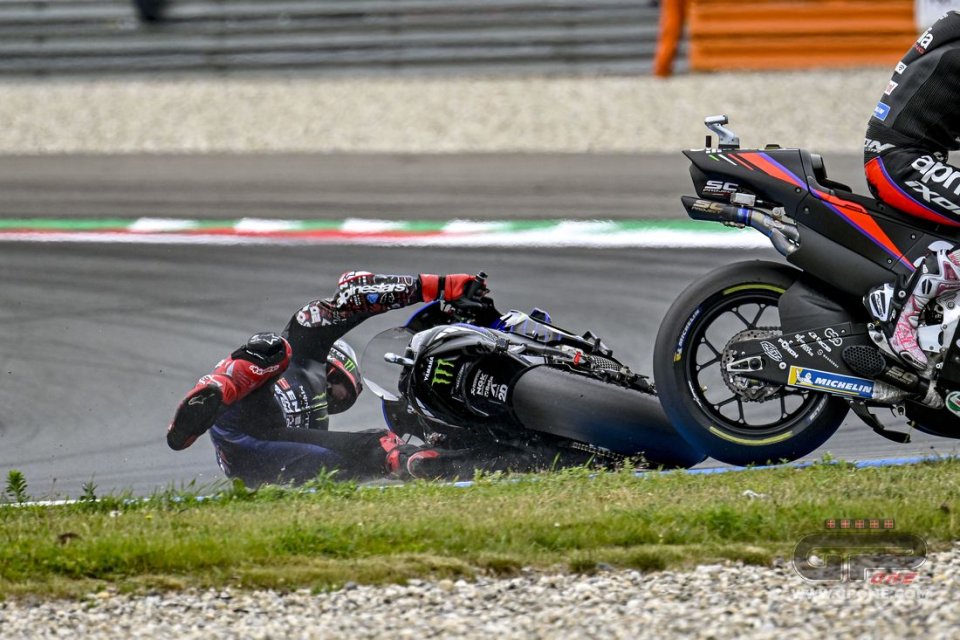 The decision to penalize Quartararo for the accident on the third lap of the Assen GP has raised a number of doubts. Firstly, because the Stewards waited for the end of the race to make a decision when there was plenty of time to analyse the episode and intervene before the chequered flag (Fabio crashed the second time on lap 14). Secondly, because similar accidents (Bagnaia with Martin in Qatar) and worse ones (Nakagami's strike in Barcelona) were not penalized.

So Quartararo now already knows that at Silverstone he will have a big handicap of a Long Lap penalty to be served during the race.

But this is a decision that didn’t go down well with Yamaha team manager Massimo Meregalli: “We view the first crash of Fabio as a race incident and feel that Race Direction's decision to give him a sanction for the next race is not only harsh considering he took nobody down with him and Aleix still scored points, but it's also not consistent with race incidents we've seen in earlier GPs that were left unpunished. We will use this break to digest this GP and come back ready to fight in Silverstone in one month‘s time,” he commented.