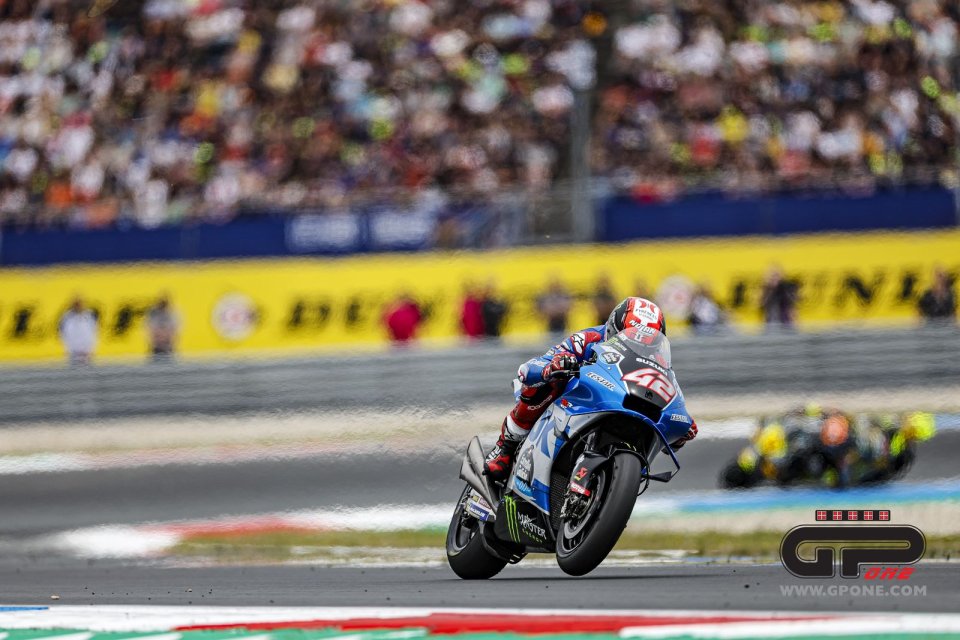 After his accident, Rins had to deal with a hand that still hurt and a disastrous start, while he  more or less covertly confirmed his transfer to the LCR team next year.

"Yes, I wasn’t able to start well in the last two races, but something extreme happened. I started ninth and I ended up sixteenth. I wasted a lot of time and was struggling with the rear. When Aleix passed me, I tried to follow him, but I didn't feel good with the bike, so I followed Mir and Oliveira during the last laps. I couldn't do anything, because I had no strength in my right hand. That's how it went. We finished the race. Now we need to understand this race and come back stronger in Silverstone."

On Thursday, you said you had something on the line for next year. Have there been any updates?
”Yes, we're almost there. Everyone is imagining where I'll be next year, since Alex Marquez is going to Gresini. It’s not yet official where we’ll go. The last signature is missing, but I think that in the next few days an announcement will be made in the next few days."

What options did you have?
”We were also negotiating with Ducati Gresini, but they wouldn't give me an official bike, while Honda will give me this chance. The bike isn’t at its best now in terms of results,  but we’ll see how it’ll go."

What do you like about this challenge?
”Yes I like the challenge, I think if we did a good job in Suzuki, we can do it in Honda. "