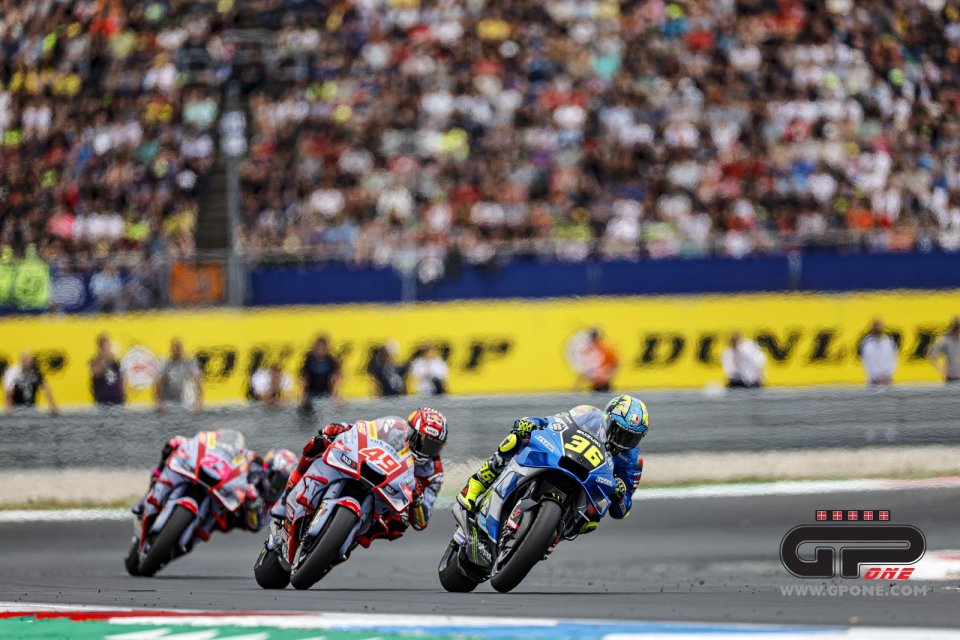 A weekend to adjust for the Suzuki team. Not a really exciting performance, but the riders who finished in the top ten were able to breathe a sigh of relief. Both riders in blue had an unlucky start, but they managed enough speed to save the Grand Prix.

Mir only had two contacts: the first with  Oliveria and the second with Marini. In short, a good beginning is half the battle ...

Are you happy with the result?
"Yes. Two things were important to me. First, the start wasn’t great. I touched Marini, and I wasn’t able to improve. I was only able to recuperate during the race and nothing at the start. In the first part of the race, I started to pass a couple of riders on the lap, and this was positive. The best part of the weekend. The last part of the race wasn’t bad, but it didn’t go well. I lost a lot in passing  Zarco. He rode really tight lines and he had an advantage on the straight. But then I passed him, even if it was difficult."

What happened before the race?
"You have to activate the holeshot, and you have to brake hard to do it. I was in my starting position, I braked, but Oliveira rode into me  pretty hard. Fortunately, he managed to finish the race."

At the start, you went left and touched Marini.
"I started off really well, but the bike reared up and, at that moment, it’s difficult to redirect. I apologize for what happened, but I lost control for a moment, and we touched each other."

Oliveira explains why he left KTM: “Some trains only pass once”

Marc wants to create a community that unites all of his fans: "I need to have them close in this very important year"
1 hour 9 min ago

The first of four episodes will be available starting January 27th, while the final episode will be released on February 7th. For now, it’ll only be...
1 week 2 hours ago