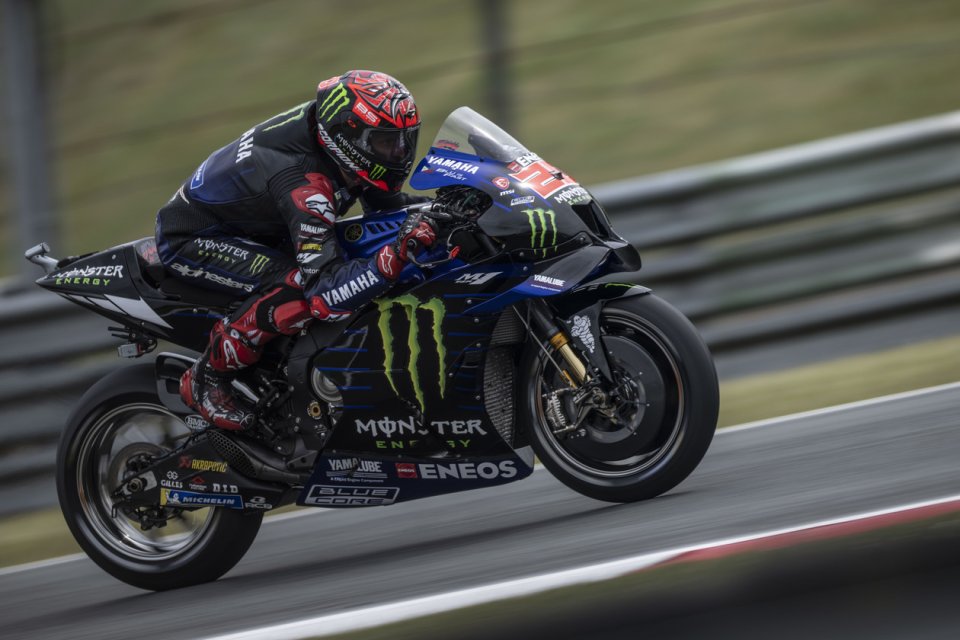 Fabio Quartararo ended the first day of practice at Assen with the third quickest time. Despite the difficulties encountered in the morning, the Frenchman emerged in the afternoon on a track that gradually dried up.

The world champion is feeling confident however and at the same time also has some small concerns about the weather conditions encountered at the TT.

"Today I tried to be cautious in turn 6 and in the last sector - he declared - in the other areas I instead rode normally, evaluating the pace for the race. The most critical moment was the first part of FP2 with the track starting to dry and you find yourself with the wet tire. In the end, however, the balance is not bad, because the feelings were positive in general ”.

That seems to be the only unknown factor to deal with.

"That is the moment when you have to be careful and at the same time try not to be too slow, because there is the risk of not bringing the tires up to temperature. Usually I'm a rider who takes a bit too much time to find the right confidence. "

The attention then shifted to the matter of the wet conditions.

“The Yamaha is super stiff in the rain and that doesn't allow me to corner. Today, however, all that mattered was getting the right feelings and not looking for the flying lap time. The weather? Obviously I prefer to have a dry track, but here it is always a puzzle. During the week, when I looked at the phone, the weather always gave different forecasts every time I looked at it ”.

Of course he also spoke about the tyres.

"This afternoon I did 10 laps on the soft, working on the pace and the choice of tyre for the race, but tomorrow will be another story, in fact it’s the only unknown factor left. The bike, on the other hand, remains the same as Qatar, no special changes are needed ".

Finally, a word about safety.

"However, this morning was a complicated session and I totally agree that the conditions were over the limit as Oliveira said. When you do aquaplaning on the straight in fifth or sixth gear, this is really dangerous. Then, on the corners it was OK. But if someone crashed just here it was another story, but I’m not a steward. But this is not our responsibility. It’s the responsibility of race direction to see the conditions and listen to the riders.”

The official announcement came today. The rider from Ascoli: "I have no expectations other than to return to a serene and clear climate inside the...
19 hours 40 min ago

This is the first MotoGP pole for Honda since Pol Espargaro at the British GP last year (21 races), ending the longest sequence of successive premier...
1 day 34 min ago