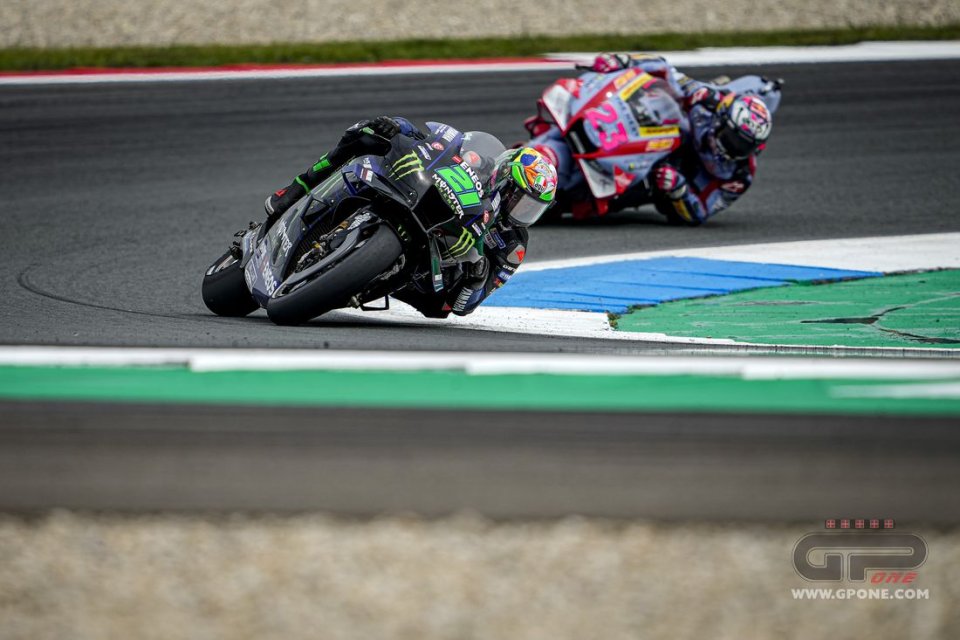 "During MotoGP FP2 at the Motul TT Assen, on two occasions Franco Morbidelli was observed to be riding slow on line, interfering with other riders and causing a safety concern. This is after having received a verbal warning at the previous Grand Prix. The FIM MotoGP Stewards panel has imposed a Long Lap Penalty for the Motul TT Assen MotoGP race ".

The Stewards decided to penalize Franco Morbidelli for obstructing Enea Bastianini, who the second time even risked bumping into him. The Yamaha rider had already been given a verbal warning at the Sachsenring for the same reason. 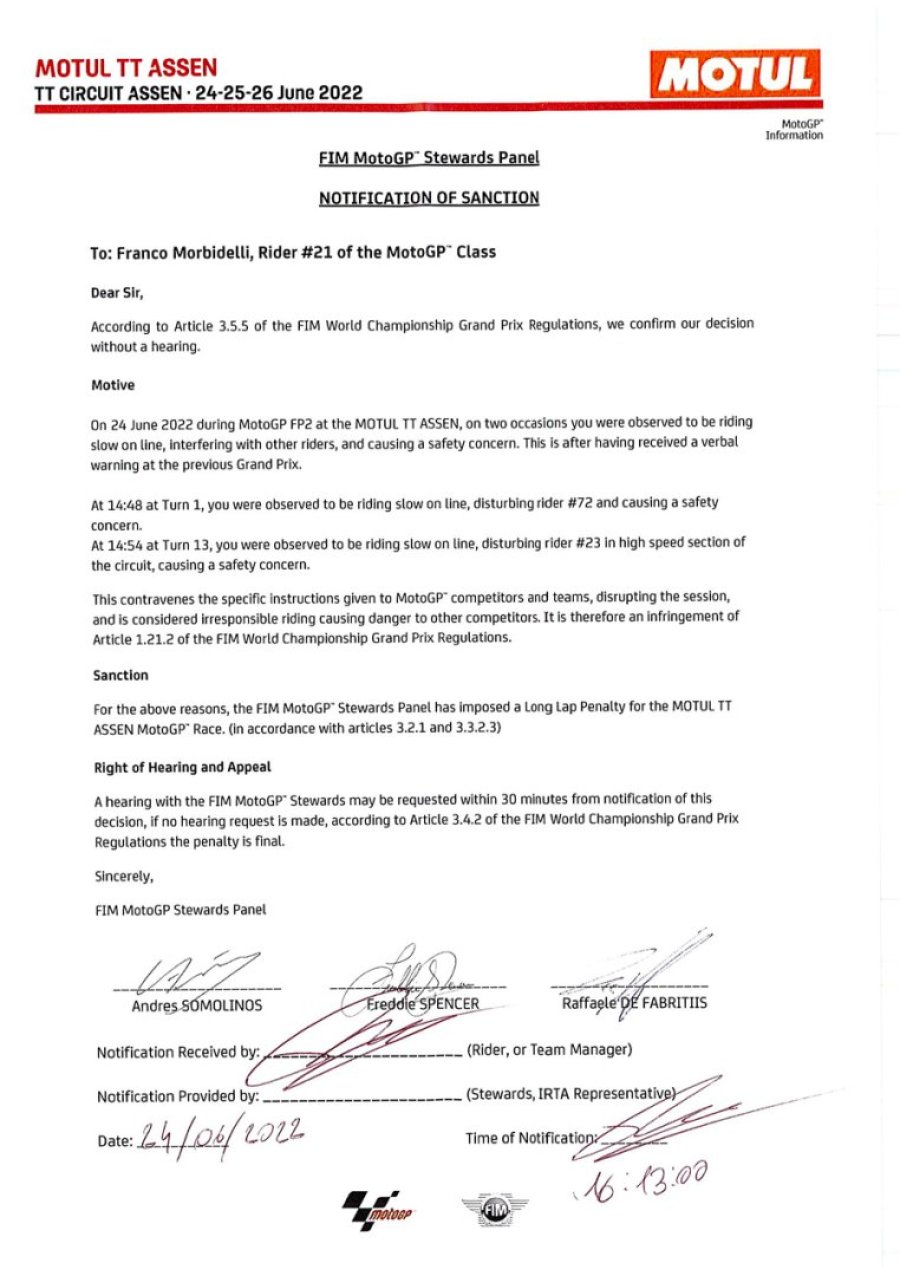