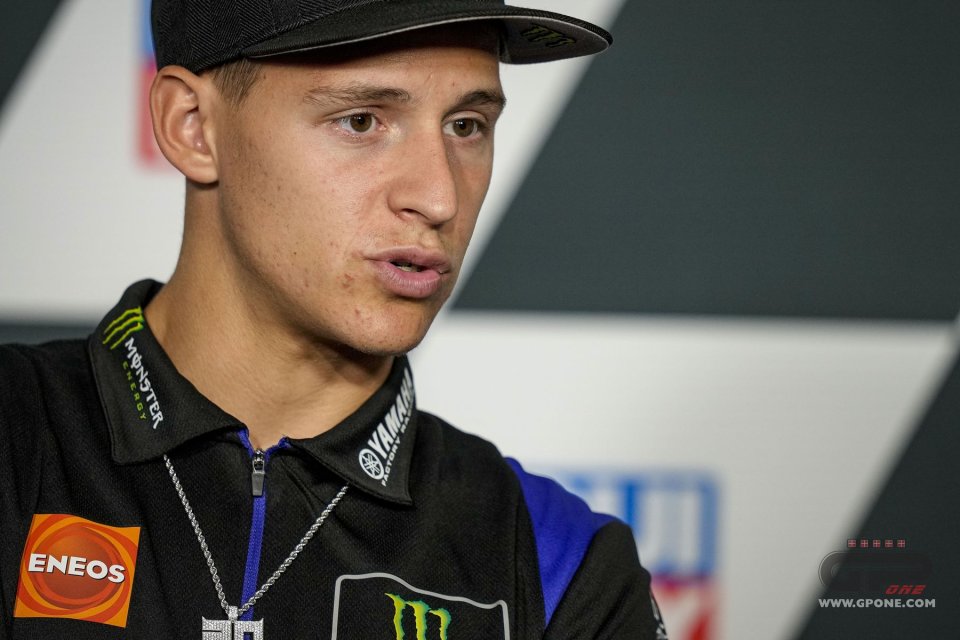 Fabio Quartararo is enjoying one of the best periods of his MotoGP career. On the eve of the Assen stage, he leads the standings and in the last two races he has been simply unstoppable. He dominated at Montmelò in Barcelona and had no rivals even at the Sachsenring and remembering his 2021 victory on the Dutch track, many think that this could be the race that will put the Frenchman well on his way to regaining the title.

Aleix Espargarò and Aprilia are still close, but they need a massive boost to get back into the game. Zarco is third in the standings and is very concrete, but even Johann needs something big to happen to dream about reopening the world championship. Then there will obviously be Bagnaia and Bastianini on the track, who have an enormous desire to return to the podium and all the potential to succeed, but both are now 'doomed' not to make any more mistakes. Paradoxically, the most relaxed rider of all seems to be Quartararo, now fully aware of his potential with an M1 reviled at the beginning of the season for a chronic lack of horsepower, but which has allowed him to score three crystal clear victories in this 2022 season.

"From my point of view, we will start the second part of the season after this race - said Fabio - It has been an excellent first part of the season in any case. In Qatar and Argentina and also at Austin it was quite tough, I complained too much about Yamaha's top speed and didn't focus enough on riding. Then, when we got back to Europe, I went back to focusing on riding and I got great results. From Portimao to today we have almost always done podiums, but I think we had a great first part of the season, I have the same points as in 2021, so I think now we are really in the right direction. "

What has been your favourite race?

"The best was in Portimao, because when you come from a difficult period and then win like I did in Portugal, I think it's one of the best things. I didn't expect to be so fast at Sachsenring, on a track of this type. Even at Mugello I didn't think I would win, I had had a difficult weekend. They were all good races. "

Do you now see Zarco as a rival for the title?

"Of course, as he said, neither of us started the season like 2021. Then we arrived in Europe and I think we both took a big step forward, we got on the podium several times. Of course if you look at the last 4 or 5 races, he is always fighting for the podium. Now he is the most concrete among the Ducati riders and I would like to fight with him for the world championship, I don't see why he can't go to the factory Ducati team. "

Do you think Bagnaia is now out of the battle for the title?

"Pecco was much closer to me at Jerez, but now I consider Zarco much more for the world championship. But this is a long world championship, I don't think Pecco is out of the battle even though he has many points to recover. Also last year he recovered a lot of points in a few races and we are still halfway through the season. There are a lot of points available, he can be very fast and recover ".

And do you think Aleix is ​​in with a chance of winning on Sunday?

"Maybe in addition to the plane he could also lose his bike! (Espargarò missed the press conference due to a delay on flights, ed.). I think you never know what to expect from him, on every track he is making enormous steps forward. Of course he will fight at the top, he's been doing it since the beginning of the year on almost all tracks. I expect him to be fighting for the podium here too ".

What do you expect here in Assen, it could rain a lot.

"It felt like it was going to rain all weekend, which is not the best for me. But I know I have improved my style in the wet a lot, but when you race on a track like Assen, you want to do it in dry conditions. Because for me this is one of the most enjoyable tracks in the world, one of the most mythical. I hope we will race in the dry. I was honoured to be on the wall in the Assen hall of fame. This is a track where all the riders want to win, like at Mugello or Phillip Island, they are special tracks. When you win here and you're on that wall, it's something special. "

Razgatlioglu did his test on the Yamaha M1, do you think he will one day arrive in MotoGP?

"For me Toprak has a great talent, we see it with his style. He did amazing things, like in Estoril, the way he rides the R1 to the limit I think it shows that he has the potential to come and race here in MotoGP. It is something completely different from SBK, but I think he knows it well after doing the test at Aragon. Certainly if he were to find the motivation to come and race here, he would be a very fast rider. "

What do you think of a possible points system for qualifying in MotoGP?

"Looking at our faces after Sachsenring, you could see how devastated we were. Qualifying well was crucial. Maybe I'd like to have points for qualifying. You could also give an additional point to the rider who sets the fastest lap in the race, that would be something nice".

There will be a big crowd here, is that something you feel when you are on a motorcycle?

"For me racing at Silverstone last year in front of a lot of fans, it was strange. By now I was almost not used to it anymore and it was very good. There were a lot of people in Germany too, it was great. I remember when I won at Jerez was exciting, but also sad. There were no fans, there were few people under the podium, it seemed like a day of testing and not a race. Seeing a full Assen will be exciting. "