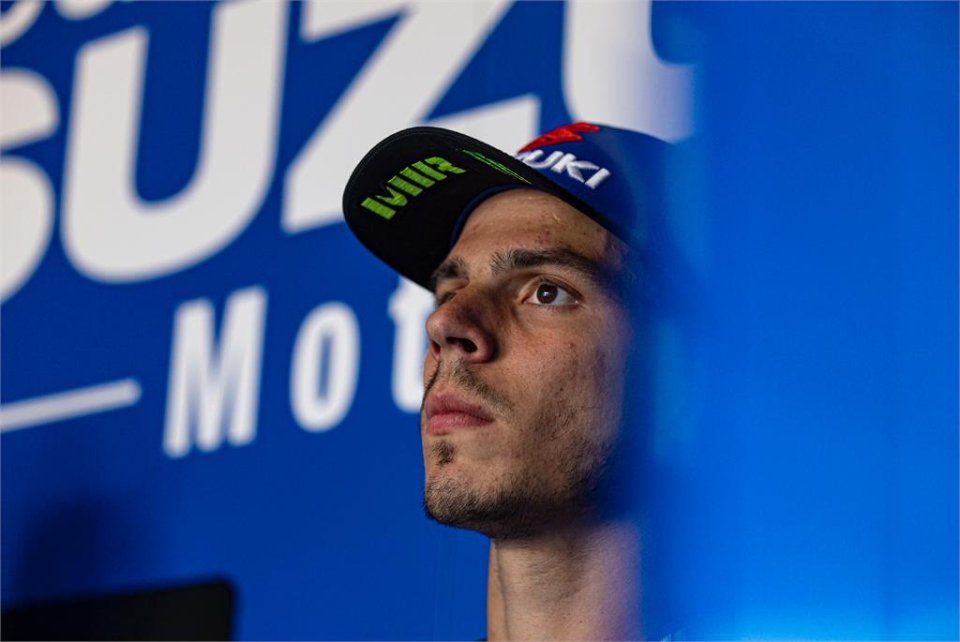 Track and market. These are the hot topics in Suzuki on the eve of the Assen weekend, the last round of the World Championship before the summer break.

The first to face the media was Joan Mir, who explained his expectations for the weekend.

“Here at Assen the weather is always particular - he recalled - the weather conditions might not help, but I am convinced that the Suzuki can go well and be competitive. In 2021 I felt comfortable with the bike and I think we have an excellent package this year. Assen could therefore become a positive track for us ”.

Attention then switched to any eventual new developments brought to the track.

“I haven't talked to the team yet, I'll do it later. What we tried in Barcelona we will have to re-evaluate here in the Netherlands such as the set-up or the fairing. I don't need anything big, if anything, it’s a matter of understanding and evaluating the components in detail, trying to follow the line we have drawn, given that the Suzuki is a competitive bike ”.

Speaking of the fairing, Mir doesn't miss the opportunity to make a comment…

“Rins made a different choice of fairing without trying it (he smiles). As for the new fairing, there are no substantial differences. I tried both, maybe with one you have more downforce than the other, but in the end the differences are minimal, since the character of the bikes does not change. Maybe in some cases you have more weight at the rear, considering that maybe a rider hopes to get better corner entry ”.

He also made a comment about the possibility of having a coach alongside for 2023.

"Why not? Everything can be useful, but you have to have the right figure. But now I'm thinking of Assen. We come here after the Sachsenring GP, where we did a good job and I felt good with the bike, in fact we could have fought for the podium. Unfortunately in the race it didn't go the way I wanted”.

Later, space for the situation with the rider market.

"My future? If I already knew I would be relaxed. At the moment, however, I don't know anything. For sure there will be many changes, in the end this market is a big mess. First they said I was in Honda, then Yamaha, then Ducati. At the moment there is no clarity. If the managers do not move quickly someone risks being left without a ride ".

“I think Marc will always remain the reference for Honda”.

Rins then took over.

“I feel better than at Sachsenring and in the end I made the right choice not to race. I have no wrist pain and that's a good thing. As for the feelings on the bike, I'll find out tomorrow ”.

For the Spaniard it is time to reverse the trend.

“Unfortunately I haven’t scored points since Portimao and I will have to make the necessary evaluations and understand why. The Suzuki certainly has more potential and speed than in 2021, this is a track that I circled on the calendar to be fast, obviously considering the evolution of my wrist condition".

On the subject of the market Rins was also pressed for an answer.

“I have some options for the future, I was very pleased to have this interest from some manufacturers. At the moment I have not decided anything yet, but I would like to do it as soon as possible. I would like this weekend already, but I have to understand and evaluate everything. All the options are very interesting, some are better than the others. I'm in a good situation and it won't be easy to choose ”.