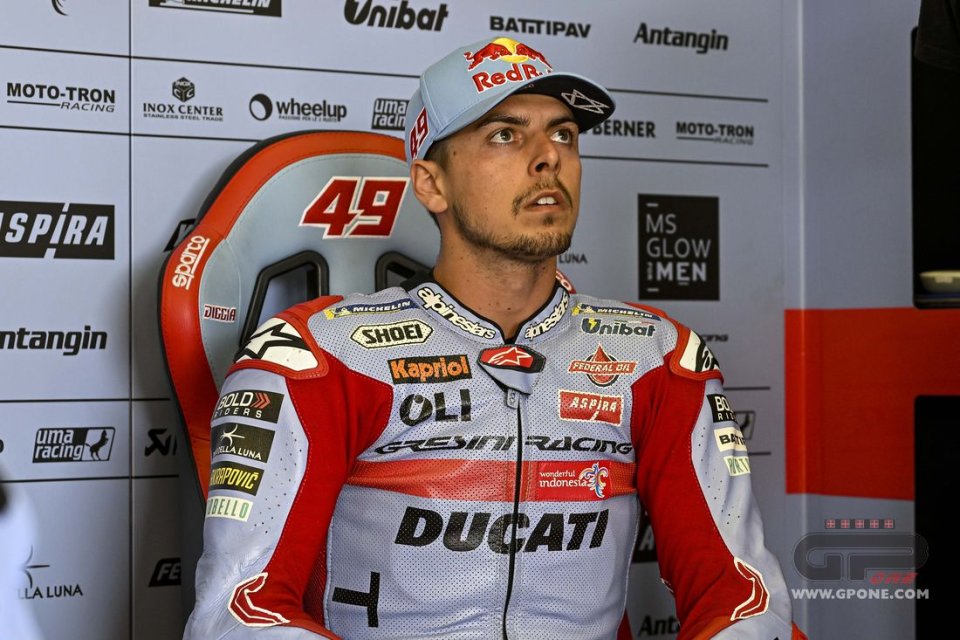 Fabio Di Giannantonio is making his way through the difficult world of the MotoGP. His entrance wasn’t painless, but he was able to build his own foundation race after race and, from Mugello on, he showed what stuff he’s made of. Not only on the flying lap but also in the race, and his 8th place last Sunday at the Sachsenring was his best place in the queen class.

Now that the Championship is at its final round in Assen, the Gresini rider can give himself a vote.

"For the beginning of the season, I get a good three, then much better.  Generally, it’s a seven, maybe a seven  and a half. It was my grade average even in school,” he said jokingly. “ I hope to raise it in the last part of the season."

He's on the right track to do so.

"I learned many things. How to use electronics in the race, how to manage the weekend and tires, how and when to push,” he explained. “I also progressed from a physical point of view, and now I can ride the bike more with technique than with force, this makes it easier. We haven't changed many things on the bike, but the right ones to go faster. I'm still making some mistakes, but it's normal when switching from the Moto2 to the MotoGP."

Surely you’ll have more time to improve because the signature you need to remain on the Gresini team is near.

"I expect to be in the MotoGP next year. I think you’ll know more soon this weekend, and I hope I’ll be going to the beach more relaxed and with a big smile,”  he didn’t go overboard. “My priority is to have a good technical package on which to build a good season."

His future might be secure, but he still has doubts as to who his teammate will be. Bastianini is going to the official team or Pramac. The most likely is Oliveira.

"I’d like to have a very fast rider,  like Quartararo or Pecco because they’d motivate me a lot and I could learn a lot. Whoever it' may be, I hope he’s as competitive as possible," Fabio said.

But now he has Assen to think about.

"It hasn’t been a favorable track for Ducati in the past. I think it’s because our bike is aggressive and moves a lot in fast changes of direction,” Di Giannantonio said. “So far, it’s been difficult, but I haven’t started yet, and I’ll try to do my best, to continue in my progress or at least confirm that of previous races."

Even the weather could get in the way.

“When it rains, first you have to understand the situation. You can never predict what conditions you’ll find. If, like Mugello, you find mixed conditions, you simply have to put your heart into them. We’ll see. The goal is to have fun, like I’ve done in recent GPs because, when that happens, I’m also fast.” His resolution for the weekend.

Quartararo: "Whatever happens, we will all have fun on Sunday evening"