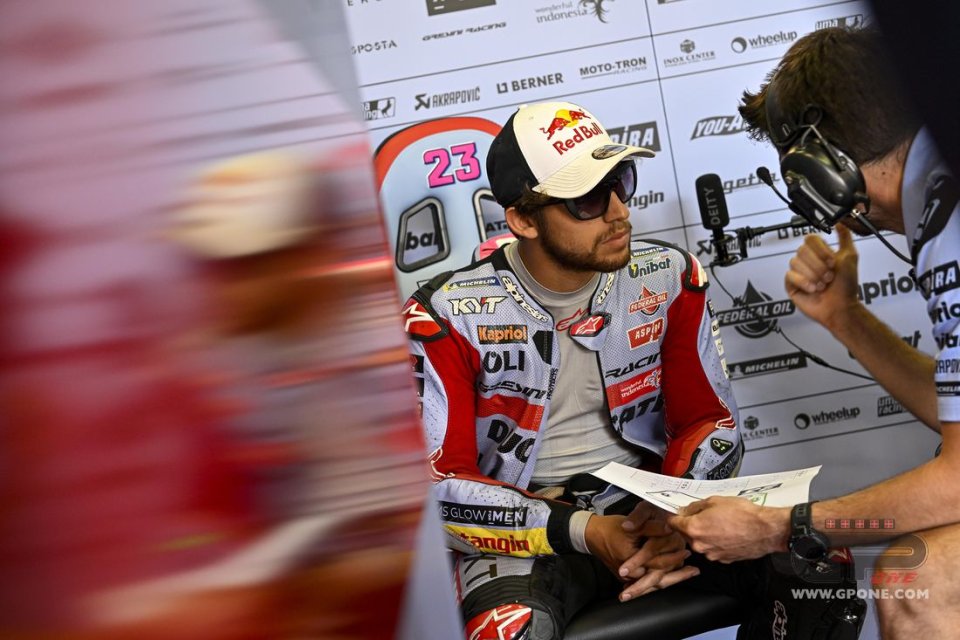 Enea Bastianini is not going through a good period. After his victory in Le Mans (the third of the year) he crashed at Mugello and Barcelona and at Sachsenring last Sunday, he was 10th. Not the best results for someone who was aiming for the title until a few GPs ago. The Gresini team rider is the first to admit it, as he knows that he has to change pace before the summer break. Starting with this weekend, at Assen.

“I hope to be fast here, I really like this track, since my Moto3 days - he said - It is a circuit with very fast changes of direction and with the Ducati it's not easy, it will be important to have good feelings from the beginning to start off well. It will also depend a lot on the weather, because tomorrow it looks like it will rain. Last year all the Ducati riders struggled, but it will depend a lot on first impact. When you feel good immediately, then everything becomes easier ".

Exactly what didn’t happen at the Sachsenring.

"The last GP was difficult right from the start - recalled Enea - I tried to change several things on the bike but the feelings remained the same. When that happens, the best thing is to use the standard setup and, if I am not in the best condition here, I will do the same, I won’t touch the bike ”.

In this sense, his Desmosedici, the 2021 one, seems to be starting to suffer a bit compared to the new model, as is normal.

“My bike can still be fast - Bastianini was not looking for excuses - There have been some difficult tracks for me and I struggled to be fast, but I think the GP21 is still a very competitive bike. Sure the GP22 has improved, it can make all the difference in some areas but not big things. For sure, I want to get back to the front, to fighting with the strongest, and I don't think it will take long ”.

Now that his future is decided, Enea will still have to wait to find out which team he will be in next year.

“I'm very relaxed, I don't mind knowing my future in August - he clarified - We found an agreement on the important things, I’ve signed with Ducati for another two years, but that's not what had limited me in the last few races. I’ve struggled on the same tracks as last year and I was not happy because it means that I still have some flaws".