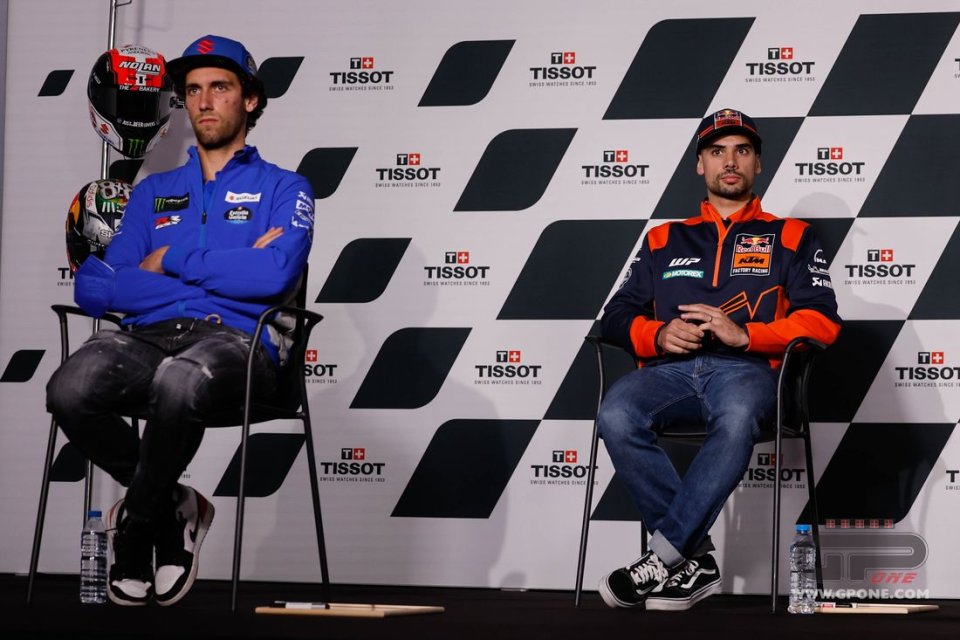 Slowly but surely, all the pawns are moving into place on the rider market chessboard. A few days ago KTM firmed up its official team by announcing the arrival of Jack Miller (who will team up with Brad Binder), the games are already done and dusted for Yamaha (Quartararo-Morbidelli) and Aprilia (Espargarò-Vinales) while Ducati is taking its time. With Pecco Bagnaia already under contract, it will be decided in August whether to put Bastianini or Martin alongside. Finally, in Honda we await the return of Marc Marquez and they are working on the possibility of having Joan Mir.

So far so good for the official Factory teams, but the busiest market is that of the satellite teams, which used to be a second choice, but in recent years have become increasingly interesting for riders, especially when the technical equipment is top class.

Riders like Alex Rins and Miguel Oliveira will certainly be in independent teams, but they will still have the chance to do well. Speaking of the Spanish and Portuguese riders, the German weekend changed their situation a bit.

Alex, after having been close to RNF Aprilia team for a long time, has now intensified negotiations with Honda, not for the factory team but for Lucio Cecchinello's (as our Motorsport colleagues have reported). Rins therefore seems destined to take Alex Marquez's place, while on the other side of the garage he might easily find Ai Ogura, with Nakagami on the way out (which we had already reported).

And Oliveira? It is well-known that the Portuguese rider was talking to take Bastianini's place in the Gresini team and as proof of this there were also photos of Miguel in that garage with Paolo Ciabatti. Coming between words and deeds, however, is the money, which can be an insurmountable barrier. After all, in Borgo Panigale they have many young riders under contract and opening the purse strings again is not such a foregone conclusion. That's why now the Portuguese rider is headed for Aprilia, which after missing out on Rins would have someone just as talented and experienced.

However, there is still another RS-GP available and, despite Razlan Razali’s declarations, they would like an Italian rider in Noale. RNF is an Aprilia satellite team and Massimo Rivola has the last word on the riders. However, there is not much choice, indeed only one: Celestino Vietti. His move to MotoGP is not yet certain, however, because the VR46 rider, current leader of the Moto2 World Championship, might also decide to stay another year in the intermediate class and think about that move in 2024, when he will probably have more choices. At this moment no decision has been made yet, but Celestino won't have much time to make it.

Should Vietti decide to stay in Moto2, the game of thrones would leave someone without a ride. Zarco will remain in Pramac, where he will be joined by Bastianini or Martin, while in VR46 both Marini and Bezzecchi are practically already confirmed.

Raul Fernandez, Darryn Binder and Alex Marquez all remain without a ride with two free seats: an RNF Aprilia and a Gresini Ducati. Out of all of them, Raul is the most interesting young rider and Ducati would like him to wear Gresini's colours, while Razali would push to keep Darryn.

Spanish 4x4 Aprilia: the targets are Rins and Fernandez