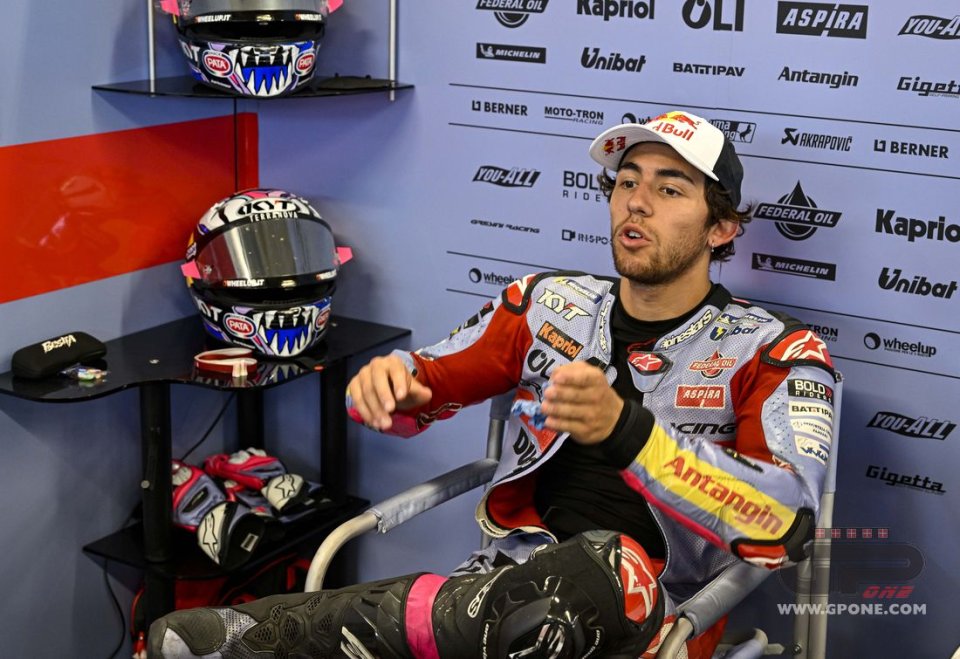 The arrival of Claudio Domenicali, Ducati CEO, at the Sachsenring is not merely by chance. In fact, last night, according to what GPOne has been able to find out, there was a decisive meeting between the Borgo Panigale company bosses and Enea Bastianini to tie their future together and the result was positive. The Rimini rider has signed an agreement to stay with Ducati for another two years.

In which team it will be decided on during the summer. Bastianini will still have an official Ducati GP23 and the only thing that can change will be the livery on the fairing of his Desmosedici.

With Enea's signature, another piece of the market falls into place. Now Martin is expected to do the same and then it will be decided who will be Pecco Bagnaia's teammate. Meanwhile, there remains a free place in the Gresini team, for which they have already spoken with Miguel Oliveira, but they are also looking at Alex Rins.