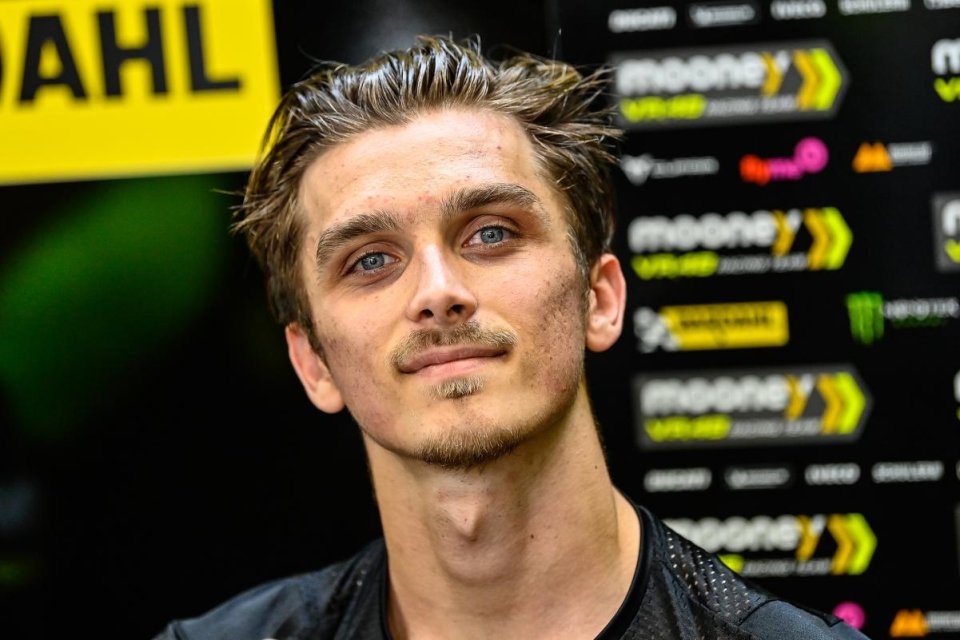 Luca Marini seems to be getting more and more at ease with his Ducati and he also demonstrated this at the Sachsenring, a track that does not forgive riding errors. He will start with the 7th fastest time, in the third row, just over two tenths from Bagnaia's pole position and with times practically comparable to the Ducati riders ahead of him.

By his own admission Luca will not start with the aim of winning, but to stay with the best of the second group.

"Bagnaia is very fast, and Quartararo too, I think they will go away, and Aleix Espargarò could also be with them because his Aprilia handles the rear tire wear very well - was the opinion of Luca, who continued - You saw it at Barcelona how much more grip he had when he passed me. In my opinion, the three of them have an edge. Then for the fourth position Johann and Jack are also very strong… but they use the tires a lot, like me. Diggia is also doing very well, which shows that the 2021 Ducati is also performing well. I would like to have the pace to be with them. It is a realistic goal ".

Maybe if you managed to start further up ...

“The fact is that in the time attack I didn't put everything together in one lap. With the soft tire the potential is there but the bike behaves differently, to have the race pace, however, we need to improve confidence with the front. With the higher temperature I struggled more even in the morning with the medium, in FP4 with the hard it went better, but I would have liked to be faster ... to be with the leaders you would have to lap in 21 low, I did 21 high, it's not bad, but not for the podium, even if it's a good pace (laughs) ”.

The question is whether, looking at Pecco's data, the other Ducati riders could improve. Luca's answer clarifies some aspects of the MotoGP dynamics.

“Bagnaia's data can’t be copied, I’m lacking cornering speed because I have little grip in front. In Ducati, on this track, we all have different problems. Some suffer in front, others behind. The choice of tires is not clear either. It is not an easy situation, perhaps due to the temperature of the asphalt. The front tire gives me the problems ”.

The Sachsenring is not an easy circuit, especially in high temperatures.

"The first year, when they redid the asphalt, it was fantastic, then it got worse but it's stable ... anyway it makes no sense to complain about grip on a track that doesn't offer grip. You don't have to focus on grip, but maybe on how to improve when braking or something else. Without Marc now everyone wants to win… it is clear that with the soft you are faster, but the hard ones are also good. For me the choice is clear: both hard. Someone will try to race with the medium but that’s a long shot. If there is really less grip, someone will try because the medium wears less than the hard: the hard slips a lot and wear will be very high. If it is so hot that you can’t stand up, you could try it, but I am happy with the hard”.

It will be a very long race, because at the Sachsenring, a short track, there are a lot of laps.

“We all go with little power, even for the time attack, like Moto2, here you need to have a good connection with the gas and not stress the tires. Even with new tires you can't push, so you have to go easy on the power and the engine brake so as not to stress them too much. It will be a race of survival, but if you fight for the top positions you will have fun for sure. These bikes are amazing and so are the tires. I haven't looked at the times of the others yet, but it will be warmer so we will all go slower. We will see who will adapt better and who will find themselves better in a more difficult condition. In FP4 I had a small problem with the engine, but we realized it from the data: even if it were OK, I couldn't have done better than what I did ”.