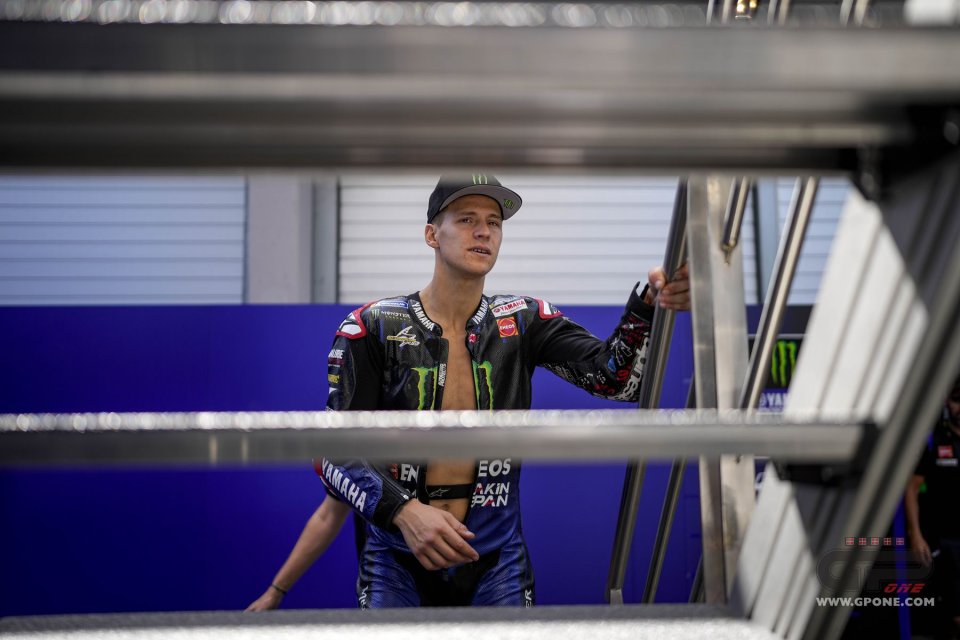 Fabio Quartararo really tried right up to the last moment to try to grab the pole at Sachsenring from the hands of Pecco Bagnaia, which would have been of vital importance, especially from a psychological point of view. The Frenchman is on the run for the world championship, the German track adapts to the Yamaha and the same will be true next week at Assen. Concluding this first part of the season with a big lead in the standings would allow him to face the second part of 2022 with a very different approach.

Today Fabio really gave everything in qualifying, but his determination came up against a Ducati that has grown so much from a technical point of view, turning a track in the past as difficult as the Sachsenring, into one on which to place seven bikes in Q2. Just as well, because Quartararo is aware that he has an excellent race pace and the prospect is at least that of experiencing another duel with Bagnaia along the lines of the one seen in Jerez, with the Frenchman probably hoping to reverse the roles.

"I think by now we are used to seeing all these Italian bikes in the first three rows - Quartararo replied commenting on qualifying - I’m pretty happy because all the Friday and Saturday morning we were not able to qualify in the top five when we were with the soft tire, and in qualifying I basically switched off my brain a little bit and tried to make the best lap as possible. Second place is great, and also the pace in FP4 was good with both tyres. So, I think in any case whatever our choice is we will have a great potential for the race.”

But if you had to choose now, which one would you use?

"Right now I don't know which one to choose. I think these two tires require you to do two different races, but both have the potential to win or at least fight at the top. They can both work and I think tomorrow the grid will be split in half in the choice."

Who do you see tomorrow able to keep up with you and Bagnaia?

"It's hard to imagine who could be fast tomorrow. At Barcelona too, I didn’t expect to have that pace in the race. On Sunday, after the Moto2 race, things can change. I think Aleix is ​​very strong in the early laps, maybe tomorrow he could perhaps have a more marked drop in tires. Johann is also fast, and I think there will be 5 or 6 fighting for it, at least at the beginning of the race ".

Can you explain what happened with the helmet?

“You know, I’m always a rider that likes to make strange things! I think I went out and I didn’t really clip it well. There were some riders in front of me and I knew Aleix was going fast. I turned around and just the visor came up and then came off so, I think it was a bit of my mistake and that’s why I didn’t get angry.”

Tomorrow it will be a 30-lap race. Will tire management be the key?

"When you're halfway through the race here, you've already done 15 laps and you know you need to do 15 more. It's really long, but today I didn't feel exaggerated heat while I was on the bike. The hard thing will be to stay focused for 30 laps. I see this as the most complex thing ".

Many riders made mistakes in Turn 1 this weekend. Do you think it will be a key to the race?

"If you look closely, something always happens at turn 1 every year. It's slightly difficult, but then in the race things change. It's as if it requires getting used to, but once you've done it nothing happens. I also made a mistake in FP3, but I know it won't happen in the race ".

Fabio Quartararo jokes: Maybe I should ask Stoner for advice too"