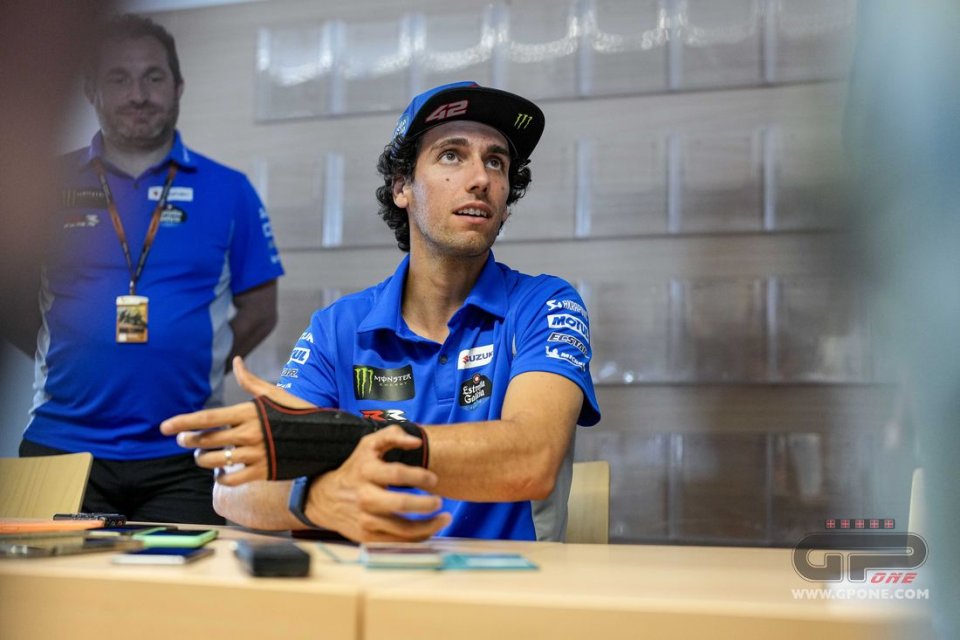 Alex Rins had made it clear yesterday, after the first two free practice sessions: "I have a lot of pain in my wrist, I can't do more than 3 or 4 laps in a row, I'll decide after FP3 whether to continue or not". He did it and the decision was to stop. Alex fractured his wrist in the Barcelona race following the accident caused by Nakagami. The doctors had ruled out an operation, but Suzuki’s Spanish rider showed up at the Sachsenring not in the best of condition.

He tried to ride, but in the end he preferred to throw in the towel. Too much pain in his wrist, he'll return home tomorrow and use the next few days to recover and be in better shape at Assen.

Rins declared 'able and enlisted': will race at Sachsenring