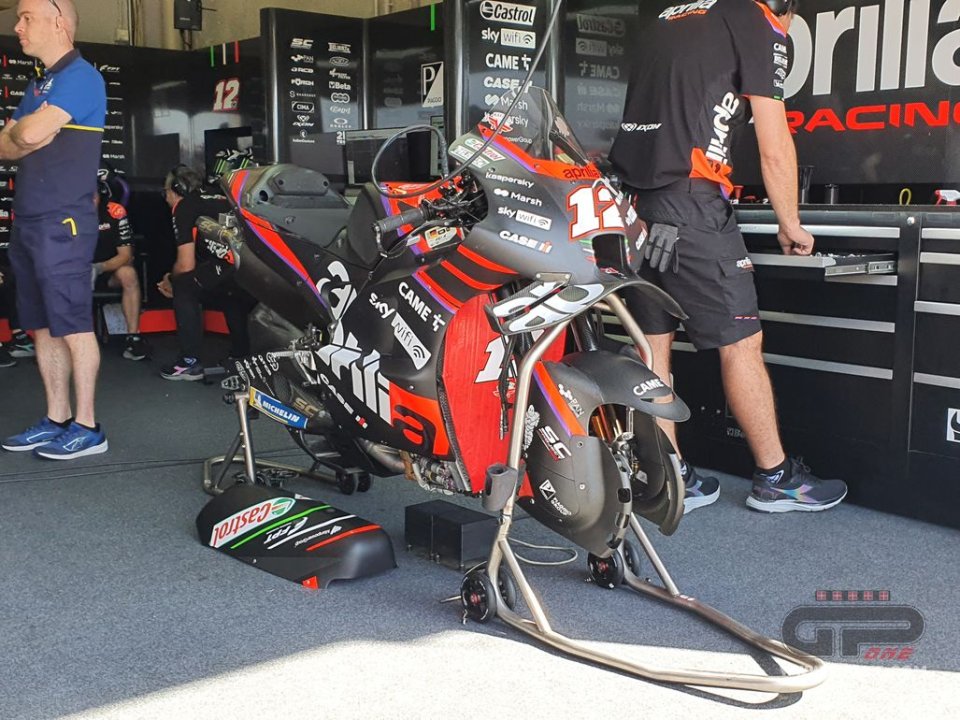 Aprilia continues to evolve its RS-GP and about ten days ago, in the Barcelona tests, a new fairing was seen. This is a project never seen before in MotoGP and very different from the standard shapes we are used to. As you can see in the photo, the two sidepods of the fairing are characterized by a horizontal step.

According to what we have been able to find out, this new aerodynamics is reported to clean up the air flows not only outside the fairing, but also inside it.

What is certain is that Romano Albesiano and his men have pushed the envelope and seem to have hit the mark. In fact, Maverick Vinales mounted the new fairing on both of his bikes, starting from the FP1 of the German GP at Sachsenring, while Aleix Espargarò only on one.