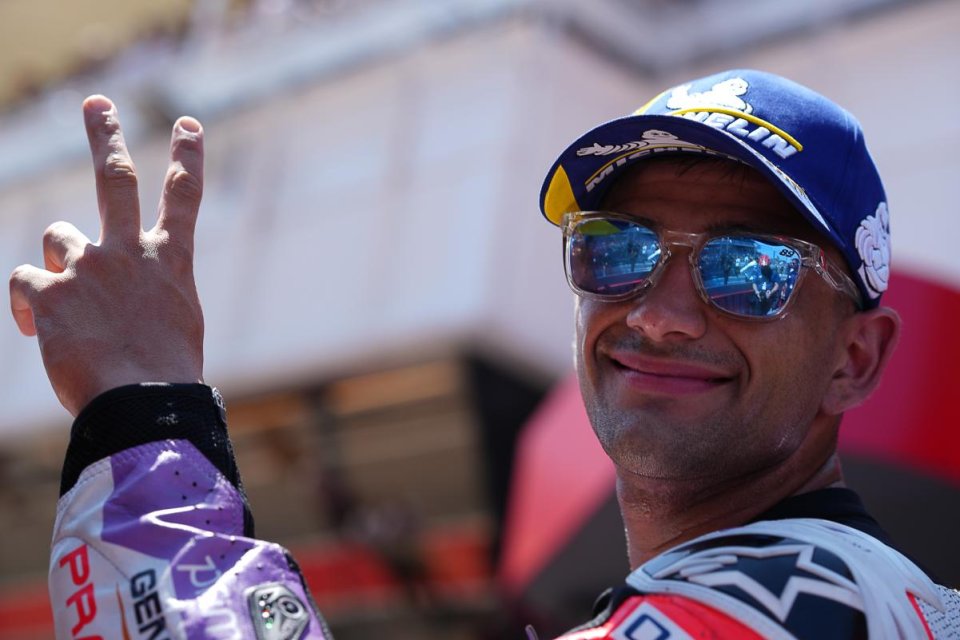 Jorge Martin is in Germany after he had surgery in Modena ten days ago for carpal tunnel syndrome. It went well, and the Spanish rider is looking forward to getting back on his Ducati with the intention of starting from the podium e reached two weeks ago in Barcelona.

The surgery is the first topic that the Pramac rider talked about.

"I feel good after my surgery," he said. "Actually, I thought I’d be better. I'm not at the top of my game, but I'll do my best here at the Sachsenring. In fact, I still feel a little pain in my hand, and I’m sure I’ll suffer when braking, even if it’ll be okay, since there are no challenging braking points, and the circuit has many left turns here."

Jorge then explained his recovery.

"Unfortunately I had this problem with my carpal tunnel nerve, but they were able to fix it with surgery. The doctors told me it takes three days for a pianist. But I’m a MotoGP rider, and I’ll do my best this weekend. Since I returned home, I’m  leading a normal life."

Besides his physical condition, there’s also talk about the market. Many wonder who’ll be Pecco's teammate next year.

"If I don't get into the official team, I’ll think about what the alternatives could be. Actually, I have no problem staying in Pramac, since it’s a great team. At the same time, it’s also late to move on the market. I personally think that my future will be in Ducati, but I’ll still evaluate the various options, even if I think it won’t be necessary."

So Jorge seems to be backing Ducati into a corner.

"The bike I have is the same as the official one. The difference in being an official rider is having the first word about what to choose and decide. When Ducati interfaces with the riders they also talk to me but, in the end, it's Pecco and Jack who decide. It's important to have something more to say,”  he said smiling.

The race weekend is finally coming up.

“Last year, Zarco was in pole position, while Pecco progressed a lot here at the Sachsenring. So we’ll be able to see our level and whether the new fairing we tried out in the tests will help us or not."