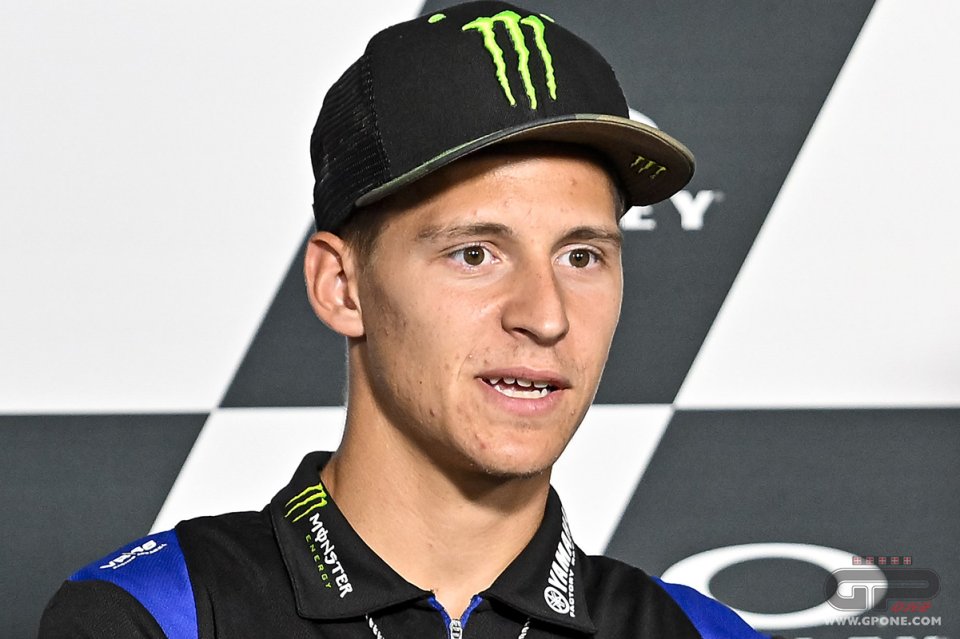 Fabio Quartararo is leading the world championship classification in a more than an authoritative way. The only one who is managing to stay in his wake is Aleix Espargarò, but the Frenchman is undoubtedly the favourite in the title race and very few riders are able to prevent him from reconfirming himself as world champion.

The contract signed with Yamaha gave him the serenity necessary to calmly think about the present and build an even brighter future on an M1 which, although it might still be lacking in terms of raw power, remains a true benchmark for everyone on track thanks to its enviable overall balance. The Sachsenring then is one of those tracks on which horsepower counts for very little and this seems to be Quartararo’s best chance of putting together a real break in the standings.

"Mugello and Barcelona were great - Fabio said at the press conference - I had a great pace in both races. Both this and Assen are two tracks that I really like, so I'm super motivated to try to do something big."

"This is a very small track, but the race is one of the longest of the season. Here you do 30 laps and when you have done 15 you are already destroyed, it is really very long. You always turn left, the race seems to last two hours, when you're on the bike. I know it's the same for everyone, but I can say that this race is very tough from a mental point of view. "

What was the moment of the season when you took a step forward?

"I think in Austin I took a step forward. In Qatar and Argentina I complained too much, maybe in my head I was thinking too much about the top speed that we know is lower for us than the others. Then in Austin I decided to stop always thinking about this, because i knew I would have this bike all season, so I focused on doing the best I could with this one. I think the mental step I made in Austin brought me focus and in fact since Portimao I’ve always finished in the top five. So I would say I had a great start to the season, except for two races that didn't go very well. "

Will there be anything new on your M1 here?

"There will be nothing new on the bike. In the tests I only made comparisons between parts that we already had to choose, in particular on the swingarm".